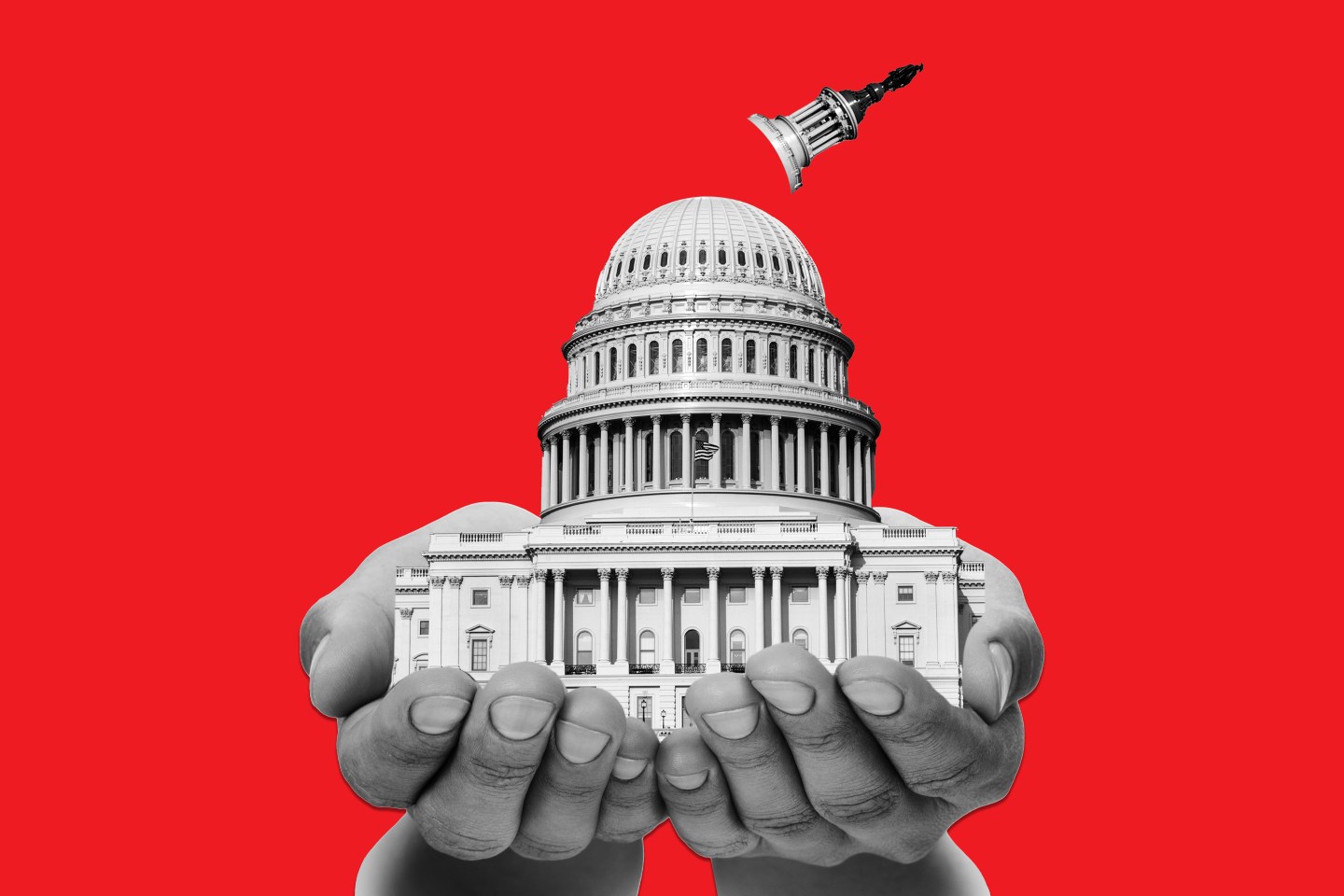 Our democracy is experiencing total system failure, unable to prevent or address large-scale problems. The latest damage: a COVID-19 pandemic that has claimed 150,000 American lives and 50 million jobs.

It is not just a failure of presidential leadership; government leaders at all levels have, for the past several decades, focused on their own reelections rather than solving long-term challenges for the people they serve.

In a now famous 2015 TED Talk, Bill Gates warned, “If anything kills over 10 million people over the next few decades, it’s most likely to be a highly infectious virus rather than a war. Not missiles, but microbes.” Yet, despite the predictable nature of this crisis, spending for pandemic preparedness has fallen nearly 50% since 2003 to a little under $1 billion a year, compared to a $676 billion defense budget.

Our government’s failure is partially our own fault, as philanthropists. While philanthropy has stepped up to respond to the pandemic in admirable ways, including $300 million from the Gates Foundation alone, many philanthropists are not addressing why our country fails from one issue to the next: our broken politics.

To meaningfully address any issue we care about, we must do more to heal our ailing democracy, not just treat symptoms of systemic problems.

Regardless of which party prevails in November’s election, the misaligned incentives between governing in the public interest and getting reelected will remain in place, absent fundamental reform. The result will be continuing political dysfunction and inability to plan for entirely predictable crises, from our changing climate to our growing federal debt.

Philanthropists who care about addressing societal problems at their root cause should make a big bet on the most under-resourced yet highest-impact philanthropic cause in America today: fixing our broken political system. We call it political philanthropy.

Political philanthropy, as a new white paper from the Unite America Institute describes, is the nonpartisan commitment of financial resources to reform organizations, campaigns, and candidates working within the political system to foster a more representative and functional government.

Political philanthropy is not about winning a majority for one party or advancing a narrow policy interest. It is about improving governance itself.

Consider that over 90% of congressional seats sit firmly in the hands of one party or the other, and in these seats, the only election that matters is the primary, which averages under 20% voter turnout. As a result, a small sliver of the electorate—which tends to be the most ideological and partisan—has disproportionate control over the entire Congress.

In the last midterm election, every member of Congress who was defeated in a primary lost to a candidate who was more ideologically extreme. The message that sends to every other member is clear: If you work across the aisle to solve problems, prepare to be primaried and potentially defeated.

Political philanthropists invest resources in changing the underlying incentives of our political system by enacting reforms that can increase participation and competition in elections so that politicians are accountable to voters beyond their party’s base.

Political philanthropists also make contributions to problem-solving candidates who support election reforms and who are committed to putting the public interest ahead of partisan and special interests, especially in primary elections.

For example, political philanthropists such as Arnold Ventures cochairs Laura and John Arnold and DaVita’s then-CEO, Kent Thiry, were among those who invested a total of $40 million in 2016 and 2018 on ballot initiatives that ended partisan gerrymandering, opened primaries to independent voters, and enacted ranked choice voting in seven states. These reforms will permanently impact the elections, and therefore the incentives, of all future candidates and elected officials in these states.

Resources invested in political philanthropy provide a high return on investment. This year, local, state, and federal governments will spend $8.1 trillion of taxpayer funds; that’s 140 times larger than all charitable giving in our country. How these resources are spent matter. What government does matters.

If we want to make progress on solving any problem we care about, the share of resources being invested in improving our democracy through nonpartisan reform must dramatically increase, from about $150 million annually today to at least $250 million annually, in order to bring the growing reform movement to scale.

The main challenge with political philanthropy is that it is political. Some donors have reasonable fears about the criticism they may attract by entering the political fray. Others are dissuaded by the nondeductibility of political giving. Further, trying to save our democracy doesn’t offer any naming rights—unlike a hospital wing, museum exhibit, or college dormitory.

However, the best kind of philanthropy should optimize for impact, not expedience or prominence.

At another time of political and economic turmoil, at the turn of the 20th century, Americans overhauled our democratic institutions. Within a span of two decades, women won the right to vote, we changed the way we elected the U.S. Senate, we outlawed corporate campaign contributions, and we replaced party bosses with primary elections.

Big change can happen today, too. We, the people, must power it—and philanthropy can accelerate it.

Marc Merrill is cofounder and cochairman of Riot Games. Kathryn Murdoch is cofounder and president of Quadrivium. They are both board members of Unite America, a nonpartisan organization that seeks to foster a more functional and representative government.