The next stimulus should be a no-regrets infrastructure bill 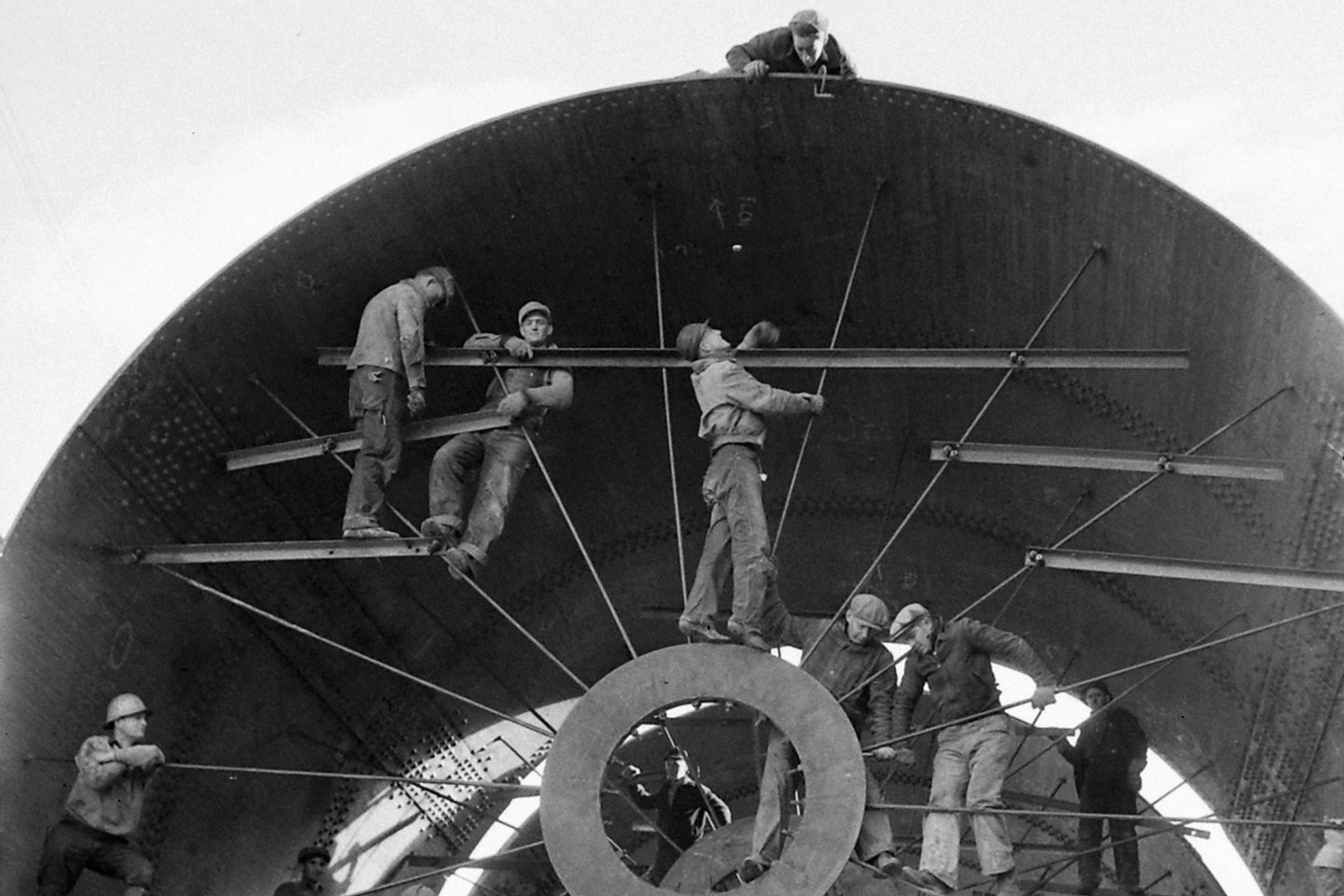 A group of men working inside one of the giant pipes used to divert a section of the Missouri River, during the construction of Fort Peck Dam in Montana in 1936. Congress should prioritize infrastructure spending in the second coronavirus stimulus package under consideration, writes David B. Burritt.
Margaret Bourke-White—The LIFE Picture Collection/Getty Images

We are fighting some of the most challenging health and economic circumstances in our nation’s history and Congress is weighing the next stimulus. If lawmakers want to spark the economy, quickly create many jobs, and do the most good for the greatest number of Americans, there’s one clear answer: infrastructure investment.

This will have the additional benefit of making our economy more competitive globally by expanding U.S. capabilities, creating jobs, and providing opportunities for other nations to build and buy American products. If we are going to help the American people, let’s do it in a way that provides crucial jobs and lasting benefits to our society and economy. Let’s do something that we all know is needed and not kick the can down the road for another 12 months or 12 years.

Yes, it’s August in an election year, but a post-pandemic stimulus shouldn’t wait until next spring. Most political leaders agree that we need to invest in infrastructure to goose the economy and create more jobs. We simply cannot let the political season interfere when both parties agree that it would be incredibly valuable to the country now and in the future.

With tens of millions of Americans out of work and in need of jobs, let’s take an approach that actually saves us money in the long term. According to the American Society for Civil Engineers, “infrastructure deficiencies” cost each U.S. household an average of $3,400 every year, a number that will rise to $5,100 annually by 2026.

As Washington considers its next stimulus, it would do well to prioritize infrastructure investment—providing an infusion of jobs, expanded American manufacturing, more efficient transportation, and better safety. In addition, spending on infrastructure has a significant multiplier effect. A study by the Federal Reserve Bank of San Francisco estimates that every dollar of infrastructure spending produces $2 for the economy, and an Economic Policy Institute study found that each $100 billion in infrastructure spending will create about 1 million full-time jobs. Imagine what that would do for our flagging employment.

The Congressional Research Service explains the multiplier effect of infrastructure spending: “As the government hires contractors to complete new infrastructure projects, the employees and suppliers utilized by the contractors now have additional money as well, and will likely spend at least some of it on goods and services provided by other businesses. The successive flow of funds, first from the government to contractors, then to employees and suppliers, may result in a larger GDP increase than the original spending by the government.”

Strong action to build the U.S. economy is the best long-term strategy to recover from the unprecedented effects of COVID-19, prosper in the near term, and prepare for unforeseen events of the future. The coronavirus has forced us to reassess our ability to handle unexpected events and take a hard look at the efficiency of societal functions and processes. Modernizing U.S. infrastructure ranks at or near the top of the list of actions needed to ensure our economy is resilient enough to adapt to future challenges.

Much of the nation’s infrastructure was built during the New Deal and post-World War II eras and has far exceeded its planned lifecycle. The U.S. lags well behind many other global economic powers in terms of modernized infrastructure to match the increasingly interconnected and technologically advanced world. Annual infrastructure investment by federal, state, and local governments, which was 4.2% of GDP in the late 1930s, has fallen to about 1.5% of GDP.

As the world’s top economy, it’s time to leverage American strength to build infrastructure commensurate with our position.

We need to upgrade our roads, bridges, and mass transit systems, as well as modernize telecommunications and connectivity in order to stay competitive in an interdependent, worldwide economy. Of course, as a vital component of the modern world’s infrastructure—whether in transport systems, housing, manufacturing, agriculture, or energy—the steel industry may benefit from infrastructure spending.

But this is bigger than the need for infinitely recyclable steel; it’s about rebuilding and revitalizing a host of industries and opportunities in America. If we can dedicate resources and streamline government regulations while prioritizing environmental protection, the projects can serve the needs we have today and those of future generations.

In addition to a much-needed upgrade in the lives of Americans, these projects would fuel years of organic, home-grown economic growth through thousands of projects.

There is no better time to do an infrastructure bill. It’s critical that our elected leaders work together now to restore our nation’s infrastructure and help power our future economic growth.

David B. Burritt is president and CEO of United States Steel Corporation.