Why Val Demings is the perfect running mate for Joe Biden 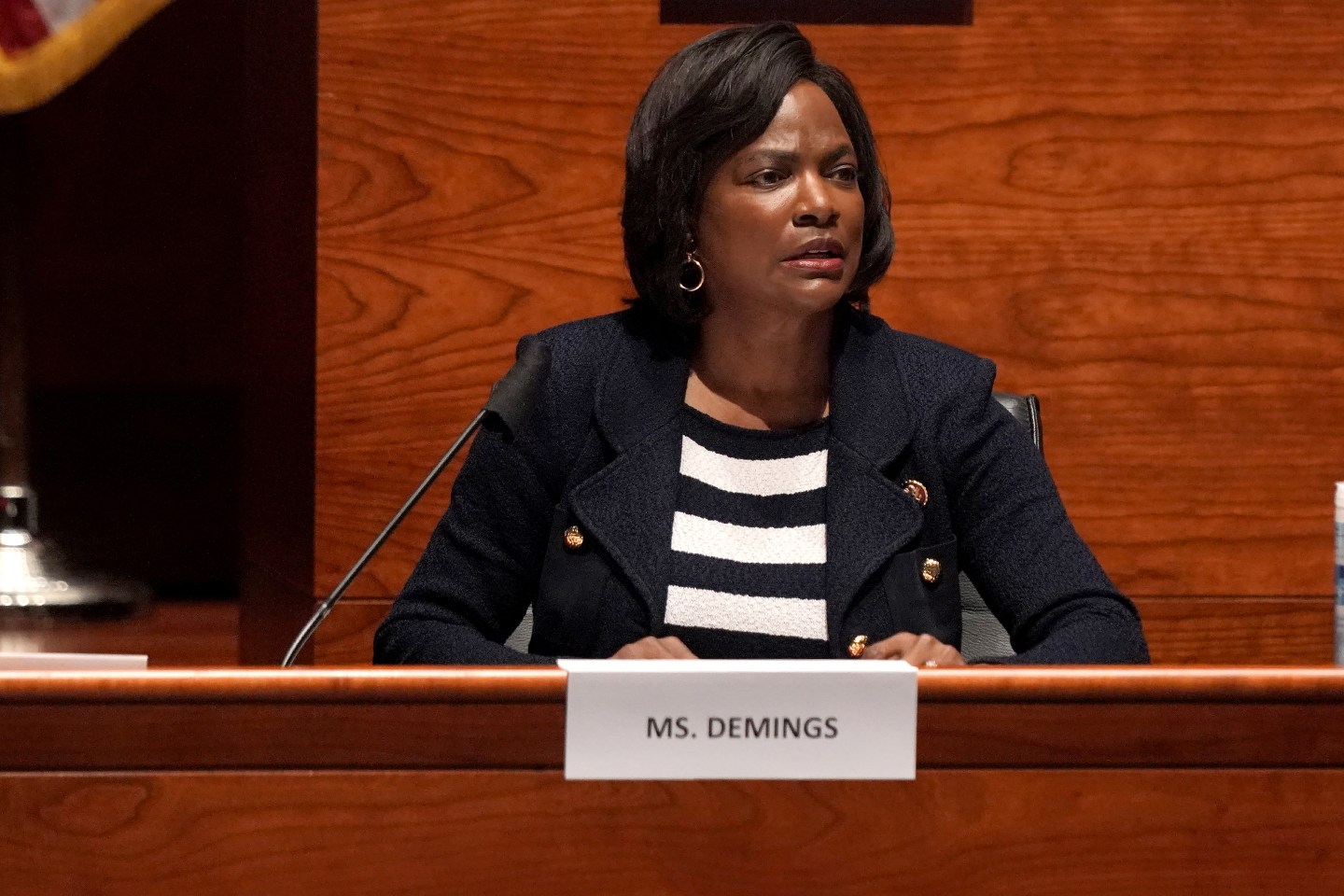 Rep. Val Demings, Democrat from Florida, speaks during a House Judiciary Committee hearing in Washington, D.C., on June 10, 2020. Joe Biden should pick Demings to be his Vice President because she will be a true four-year governing partner, writes Jeffrey Sonnenfeld.
Greg Nash—The Hill/Bloomberg/Getty Images

In his 1982 book Out of the Crisis, W. Edwards Deming, the Yale-trained industrial engineering visionary, transformed global management with the advice that emphasis should not be on speed of the activity but on why it should be done at all. Former Vice President Joe Biden has heeded that advice and slowed up the naming of a running mate.

Congresswoman Val Demings offers Biden a Deming-like reminder on why someone should assume the job of Vice President. It is to serve as he did, to be simpatico with the president—not just to be a tag team combatant in a three-month campaign, or a careerist seeking a credential for a next run themselves, but a four-year governing partner.

Thus, with 90 days to go before election day, Biden deferred by a week the announcement of his own vice presidential choice. This delay should be of no concern, as an announcement next week would still be a week ahead of the online Democratic convention on Aug. 17. Generally, the vice presidential nomination is only announced two to three days in advance of the convention. This gives everyone time to digest emerging information about the excellent array of prospects. In particular, many were surprised by Val Demings’s strong showing in recent major surveys.

Does it really matter who is selected? A Morning Consult survey of 2,000 registered voters last week found that Biden, when paired with each of 12 prominently named prospective women vice presidential candidates, handily beat the Trump-Pence ticket by equal margins. This could be interpreted many ways: the referendum on Trump is overwhelmingly the focus; the list of alternative candidates is very strong; or respondents were equally unfamiliar with the prospective nominees.

Interestingly, while Kamala Harris, Elizabeth Warren, Susan Rice, and Stacey Abrams had the highest name recognition in that new survey, they also had the highest favorable impressions matched by offsetting and equally high unfavorable ratings. More than half of these voters had never heard of Demings or other contenders such as Congresswoman Karen Bass or senators Tammy Duckworth and Tammy Baldwin.

Demings was not well known to much of the nation until, as a House Judiciary Committee member, she was made an impeachment manager by House Speaker Nancy Pelosi to guide the impeachment prosecution against President Trump. Demings showed a calm, prepared, eloquent, and unflappable demeanor. She was as renowned for her extensive knowledge of the allegations of presidential misconduct as she was for her understanding of the relevant constitutional issues.

At the same time, Demings’s foreign affairs and national security expertise has been deepened through her service on the homeland security and intelligence committees. These national priorities have not diverted her from tending to the issues key to her constituents in Florida’s 10th Congressional District, which range from protecting the Affordable Care Act to controlling gun violence. While only serving a few terms in Congress, Demings has served twice as long in Congress as did Abraham Lincoln.

Demings’s facility in balancing priorities as leader is anchored in her 29 years in public safety, where she ultimately rose to become police chief for Orlando. There were disappointing examples of excessive force under her watch, but still a remarkably low rate of officer misconduct and a dramatic drop in violent crime that had threatened the safety and economic vitality of this tourist-driven town’s economy. Demings was celebrated as a trailblazer: the first woman and second African American to lead this police department in the South.

While a tough crime fighter, she was also an effective community problem solver, drawing on skills she gained starting her career as a social worker. She gave out her personal phone number to community members with complaints. When a woman was being evicted because she refused to pay rent until her refrigerator was repaired, Demings went out and bought her a new one, defusing the standoff. Throughout this time, she worked effectively with businesses such as Disney and Comcast.

Demings has recently shown a capability to take on national discussions over police brutality against Black Americans. In the aftermath of George Floyd’s death in Minneapolis, Demings authored a Washington Post piece entitled “My fellow brothers and sisters in blue, what the hell are you doing?” In that piece she addressed the importance of matching the power and authority of law enforcement with a local community’s need for safety, trust, and fairness.

These are qualities we would want to see in any leader, but Demings also has noteworthy experience in national and municipal politics. She also has foundational values that most Americans share. She was raised in a two-room home as the daughter of a maid and a janitor, neither of whom lived long enough to see her enter the U.S. Congress. But they did see her lead her class at her police academy and eventually become chief of police. A mother of three and a churchgoing, gun-owning Harley-Davidson rider, Demings understands the core of this nation, which needs someone to unite them.

Former governor and fellow member of Congress Charlie Crist said of Demings recently: “I don’t know if you could find a better qualification for someone for this moment in time.”

With a Wall Street Journal/NBC survey last month showing that only 19% of Americans feel the nation is headed in the right direction, Biden’s “soul of America” and “build back better” campaign themes have great resonance. Demings can help bring those themes to life. She is an inspiring incarnation of the American dream.