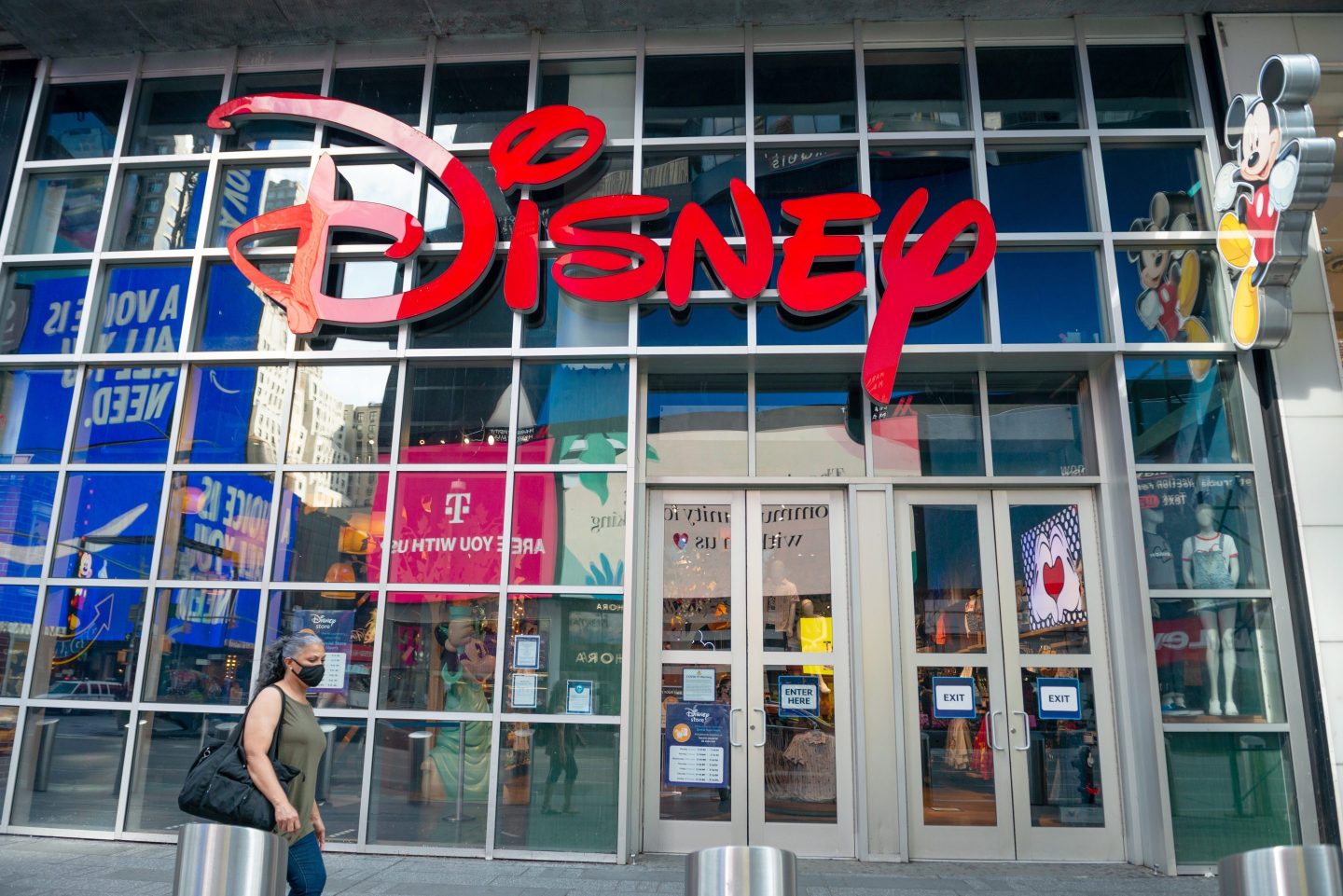 A woman wearing a mask walks past the newly reopened Disney store in Times Square as New York City enters Phase 4 of reopening following restrictions imposed to slow the spread of coronavirus on July 23, 2020. Disney's parks and cruises have plummeted amid the pandemic.
Alexi Rosenfeld—Getty Images

Disney on Tuesday released its earnings numbers for the third quarter of fiscal 2020 and, as expected, its parks and cruises business took a hammering due the coronavirus pandemic.

One bright spot, however? Streaming. The company announced it now surpasses 100 million paid subscribers for its full direct-to-consumer portfolio, which includes Disney+, ESPN+, and Hulu. And with national movie theater chains still closed indefinitely, the company is making a bold gamble by releasing the anticipated live-action Mulan remake on streaming video on demand.

The tentpole will premiere on Disney+ on Sept. 4 for a price of $29.99, CEO Bob Chapek announced during an earnings call. Asked about the impact it could have on the traditional movie theater window, Chapek added: “We’re looking at Mulan as a one-off, as opposed to say, there’s some new business windowing model we’re looking at.” (Last month, Universal and AMC Theaters struck a deal to reduce the exclusive theatrical window for movies from 90 to 17 days.)

Shares of Disney initially declined following the report before rising about 2% in after-hours trading.

In the third quarter, which ended on June 27, Disney brought in $11.78 billion revenue versus analysts’ expected revenue of $12.39 billion. Disney managed to squeak by with a profit with its earnings per share at 8 cents versus an estimated loss of 64 cents.

Disney’s lone segment to increase revenue year-over-year was direct-to-consumer and international. More than half of Disney’s 100 million streaming subscribers are from Disney+, with a total of 60.5 million subscribers not even one year into service. Three million of those subscribers were added in the third quarter.

Prior to Disney+’s launch in November, the company had set an initial target of 60 million to 90 million subscribers by the end of fiscal 2024.

ESPN+ was a standout improvement during Q3 despite most live sports not yet returning during the third quarter. The service added 6.1 million subscribers for a total of 8.5 million. A year earlier, ESPN+ had just 2.4 million subscribers. Disney partially attributed the increase to the Ultimate Fighting Championship pay-per-view events during the period.

Disney’s theme parks and movie studios were not as fortunate, with segment revenues declining 85% and 55% year-over-year, respectively. The company lost $3.5 billion in operating income from its parks being closed during the quarter. Some of its parks, including Orlando’s Disney World, have since been able to reopen with limited capacity and strict social distancing measures.

“In an otherwise bleak earnings outlook, Disney’s explosive growth in its streaming business is the one saving grace, which is grabbing investor attention and causing the stock to rise,” Investing.com senior analyst Haris Anwar said.

“The company is taking full advantage of the stay-at-home environment and adding subscribers at a robust pace,” Anwar added. “Investors are looking beyond the tough quarter to continued reopening of parks, while Disney+ is expected to see further growth.”