Congress wants to curb Big Tech. It could end up crushing startups instead 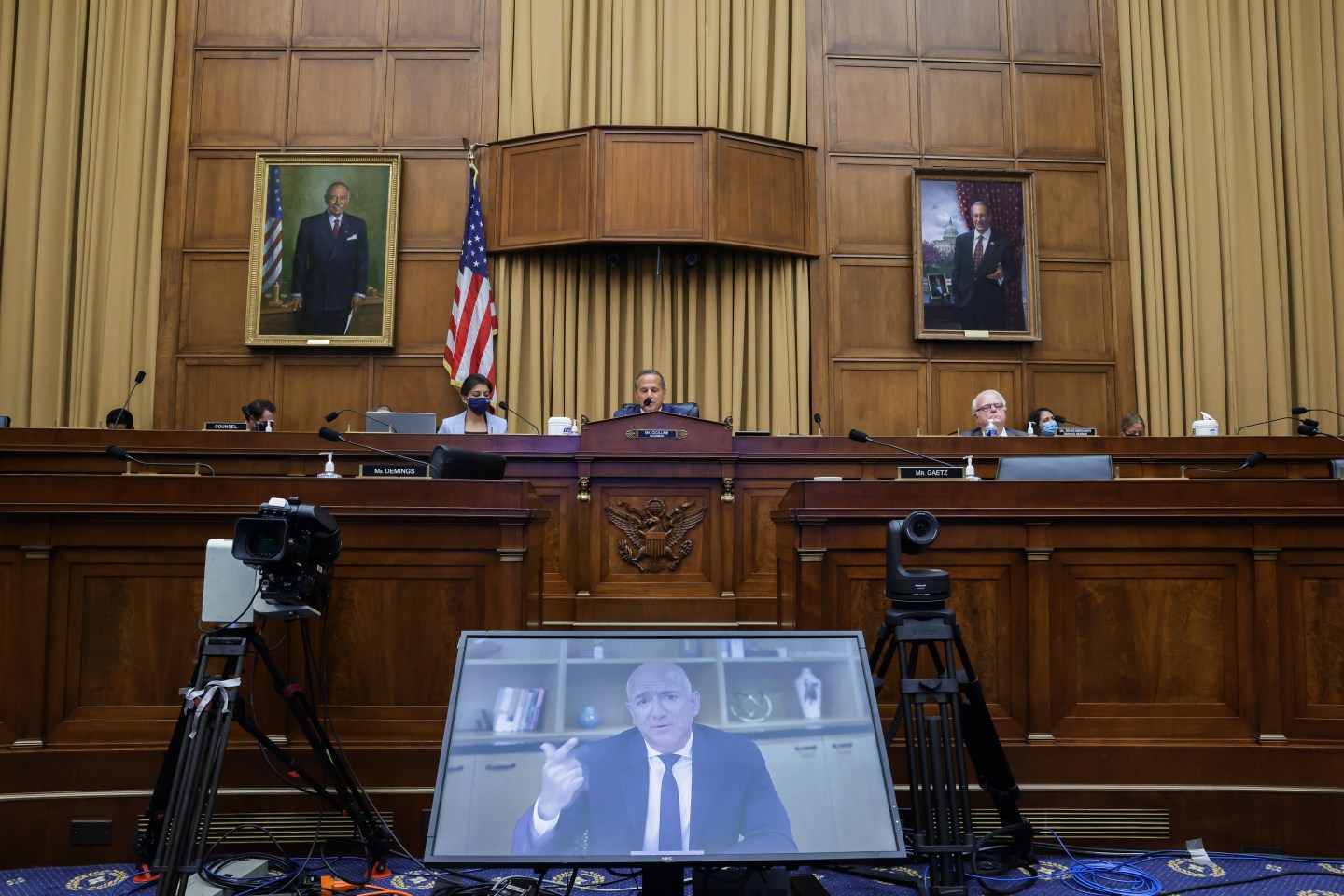 Thursday’s Congressional antitrust hearing marked an important milestone in the government’s ongoing exploration into whether and, specifically, how to regulate Big Tech. But judging from the lines of questioning, lawmakers may be focusing on some of the wrong issues.

As the pandemic-induced downturn rages on, and unemployment rates continue to soar, Apple, Google, Facebook and Amazon are doing better than ever. Apple is now worth more than $1.9 trillion, and Amazon, whose stock price has grown 63% 2020 alone, enjoys an equally staggering $1.6 trillion market cap. Collectively, these four companies are worth $5 trillion, account for nearly a fifth of the S&P 500, and, more importantly, wield unprecedented power over nearly every segment of society.

Some of the questions on Thursday focused, appropriately so, on the topics of mergers and acquisitions aimed at either killing competitors or consolidating their market power to the point of monopolistic control. Stratechery’s Ben Thompson has called Facebook’s acquisition of Instagram “the greatest regulatory failure of the past decade.” M&A is also a natural area for regulator focus since regulatory bodies like the Department of Justice and the Federal Trade Commission have experience conducting oversight in this manner.

Even so, focusing tech regulation on M&A would be a mistake—especially now as we navigate what may become the weakest job market since the Great Depression. Now more than ever the risks of over-correcting through aggressive anti-M&A policymaking significantly outweigh the risks of missing the rare instance of an Instagram.

Tech M&A encompasses a broad range of transactions ranging from modest acquihires (where companies that were likely going to fail are bought for their employees, usually engineers) to billion-dollar megahits. While the big hits get most of the media attention, it’s the small buys that account for the vast majority of transactions. There are also many mid-size acquisitions which can create solid and even occasionally outstanding outcomes for startup founders and employees. In 2018 there were 779 M&A transactions of venture-backed companies with a median deal value of $105 million.

To be sure, IPOs are almost universally the goal for venture-backed founders and investors. IPOs consistently generate the best payouts for everyone involved (employees, founders and investors) and create the most jobs. But most companies will never be able to reach the scale required to thrive in the public markets, a lesson starkly demonstrated by several tech public offerings that took place last year. Moreover, the scale required for a company to go public has been increasing due to our current regulatory environment. That’s why over the past few years we’ve seen on average half the IPOs per year that we saw in either decade before 2000. As a result, there are roughly half the total number of public companies today that there were twenty years ago.

The more challenging it is for companies to go public, the more important M&A becomes as a motivation for founders to take risks and for venture investors to fund them. If restrictions on M&A reduce financial returns, the tech innovation ecosystem will attract fewer entrepreneurs and less capital. Many acquisitions in the tech sector are executed by the same tech companies that regulators seek to limit, and even when those companies do not ultimately complete these acquisitions, they’re often part of the bidding process that leads to positive outcomes for entrepreneurs and venture investors. Given high failure rates among startups, entrepreneurs and their teams need the lure of potential large outcomes to motivate them to take on such extraordinary risk. In other words, by limiting M&A to promote competition against Big Tech, we could end up with less.

Instead, I recommend the following steps to level the competitive playing field without depriving entrepreneurs of the option to exit via acquisitions:

The power of the big technology companies is derived at least in part from the user data they have amassed, allowing them to deliver ever more targeted services and results, and ultimately ensuring consumer “lock in.”  Giving users control over their own social, financial and health data and the freedom to move it to other services will help to level the playing field and encourage entrepreneurs to innovate and compete.  In the words of Nick Grossman of Union Square Ventures, “Break up the data, not the companies.”

Today large technology companies control access to platforms and audiences on which startups are dependent for survival. For example, iPhone users can only download apps through Apple’s App Store, and app developers who sell through the App Store, with few exceptions, are required to pay Apple a hefty toll.  Moreover, in their roles controlling these platforms and monitoring the data that flows through them, the big companies are able to identify which products have traction and copy them. The powerful gatekeeper role of the large tech platforms should be moderated by encouraging interoperability and instituting, where appropriate, “Chinese Walls”  to prevent them from using their data and platform dominance to unfairly guarantee the success of separate products and services that compete with customers or partners.

Make it easier for companies to go public

Congress can relax some of the financial, accounting and legal controls put in place through the Sarbanes-Oxley and Dodd-Frank Acts that are creating so many hurdles for companies to go public. More public companies would generate more competition for these dominant firms.

These are complex issues without any easy answers. There’s always the risk that regulation can strengthen the incumbents by creating so many costly hurdles that it becomes impossible for startups to compete. Fortunately, regulators have demonstrated that they’re interested in receiving input from VCs and startup leaders, both directly and through dialogue with organizations like the National Venture Capital Association.

Let’s not take America’s incredible innovation ecosystem for granted: The share of worldwide VC dollars deployed in the U.S. has declined from more than 95% in the mid-1990’s to just over half today. If we’re not careful about how we address our economic recovery, we could inadvertently provide a competitive advantage to international companies unhindered by acquisition restrictions. The American dream has always epitomized what is best about our country: the idea that through hard work and innovation anyone here can build a business and improve their lives. For the past few decades, we’ve seen the American dream realized time and again through the amazing efforts of our entrepreneurs. Right now, we need these remarkable entrepreneurs more than ever to help us weather the pandemic storm, reignite our economy and generate new jobs.

Patricia Nakache is a general partner at Trinity Ventures, a lecturer in management at the Stanford Graduate School of Business and a board member of the National Venture Capital Association.