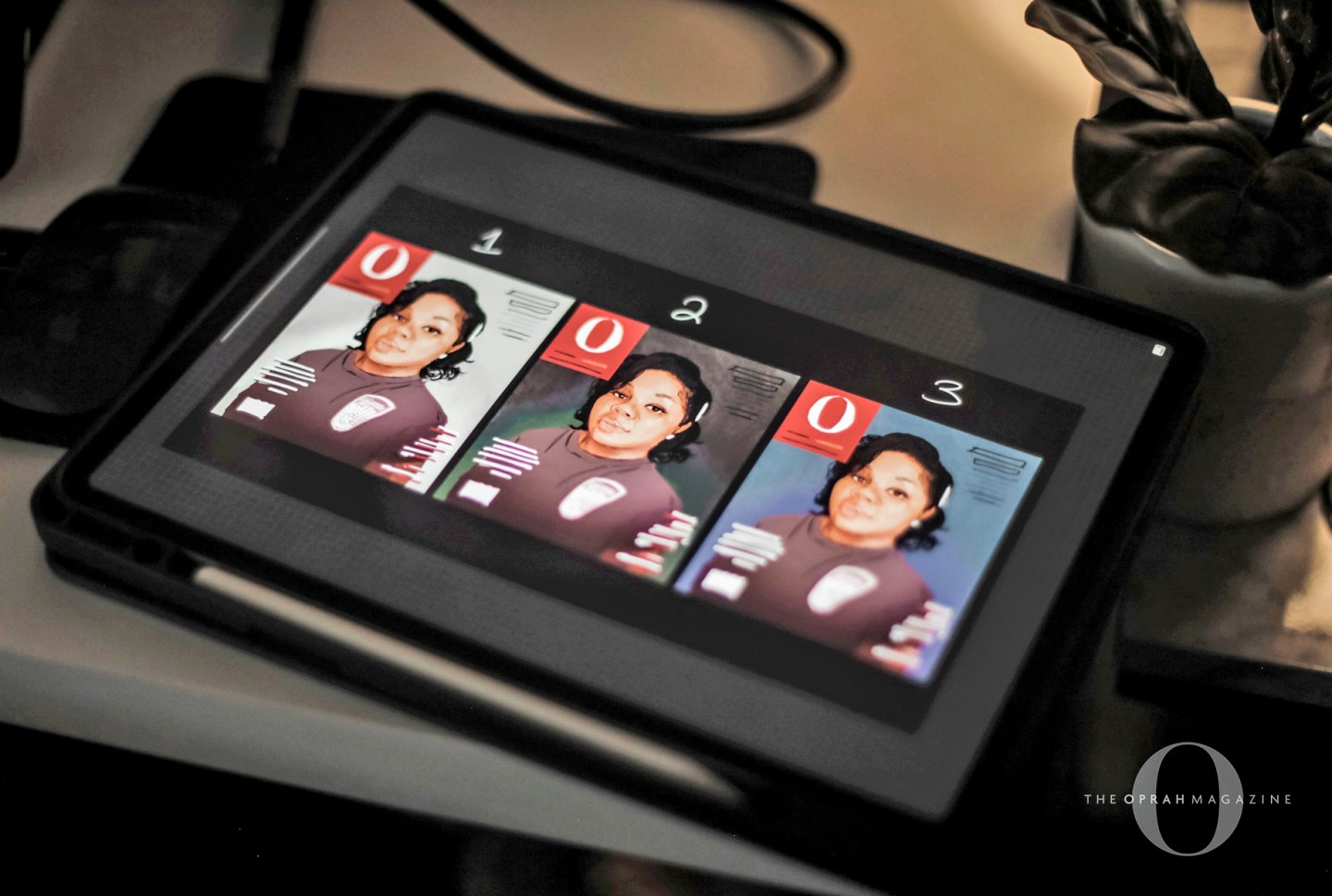 Good morning, Broadsheet readers! We learn about the woman challenging Jacinda Ardern, Poland tries to withdraw from a treaty on domestic violence, and Oprah Magazine puts Breonna Taylor on the cover. Have a wonderful weekend.

– ‘She was just like me. She was just like you.’ For 20 years, Oprah Winfrey has appeared on the cover of O: The Oprah Magazine. That will change in August for the first time ever, with the media mogul ceding the space to an image of Breonna Taylor, the 26-year-old Black woman who was shot and killed in her home by Louisville police in March. The cover features a rendition of a selfie Taylor took of herself, created by digital portrait artist Alexis Franklin.

Demands for justice for Taylor, who was an EMT, have become a central theme of Black Lives Matter protests; ‘Say her name: Breonna Taylor,’ is among protesters’ rallying cries. The police officers involved in her killing have not been prosecuted; two of the three remain on Louisville’s police force.

Winfrey explained the decision to feature Taylor in an essay that includes an interview with Taylor’s mother, Tamika Palmer; it’s worth your time.

“She was just like me. She was just like you,” Winfrey writes. “And like everyone who dies unexpectedly, she had plans. Plans for a future filled with responsibility and work and friends and laughter.”

The online edition of the essay also features ways to take action on behalf of Taylor: petitions to sign, officials to call, bail funds to donate to.

One hopeful development in recent months is prominent women using their platforms to amplify voices that have been ignored for too long. Some of those efforts, of course, have been more successful than others. O Magazine‘s tribute to Taylor and other Black women killed by police is arguably the boldest so far and underscores the power that female decision makers wield in directing the narrative of this painful, unprecedented age.

- The opposition. New Zealand Prime Minister Jacinda Ardern is experiencing record-high popularity amid her country's mostly-successful containment of the coronavirus. The opponent trying to crack her hold on the office is Judith Collins of New Zealand's National party. Nicknamed “Crusher Collins” for her reputation as a hard-line police minister, Collins is set to challenge Ardern in the Sept. 19 election. Bloomberg

- Three centuries later. Lloyd's of London, the insurance marketplace, has set the first gender-based targets in its 334-year history. Insurance companies that work in the market must have women in more than a third of senior leadership roles by the end of 2023. Financial Times

- Original content. Bela Bajaria is Netflix's VP of local-language originals—an important job when more than 50% of the company's revenue in the first half of 2020 came from outside North America. "When I read a script, I imagine a brown girl as the hero of the story," Bajaria says of how she views entertainment. Variety

- Lockdown casualty. During coronavirus lockdowns, women who sought surgical treatment for their miscarriages were turned away and told to miscarry at home. As the coronavirus crisis continues, advocates worry more women could face the same fate. New York Times

- She's not Buy-ing it. Sarah Tremblay, a former "Geek Squad" employee at Best Buy, says that customers groped and kissed her without her consent and even stalked her. She's suing Best Buy, which is led by CEO Corie Barry, for sex discrimination and retaliation. Best Buy didn't respond to the reporter's request for comment. HuffPost

'It’s like a war zone': Anti-trafficking organizations struggle under COVID-19 The Fuller Project

When did recipe writing get so...whitewashed? Bon Appetit

"Let a double portion of what John Lewis's life was about fall upon us, so we can continue to get into good trouble."