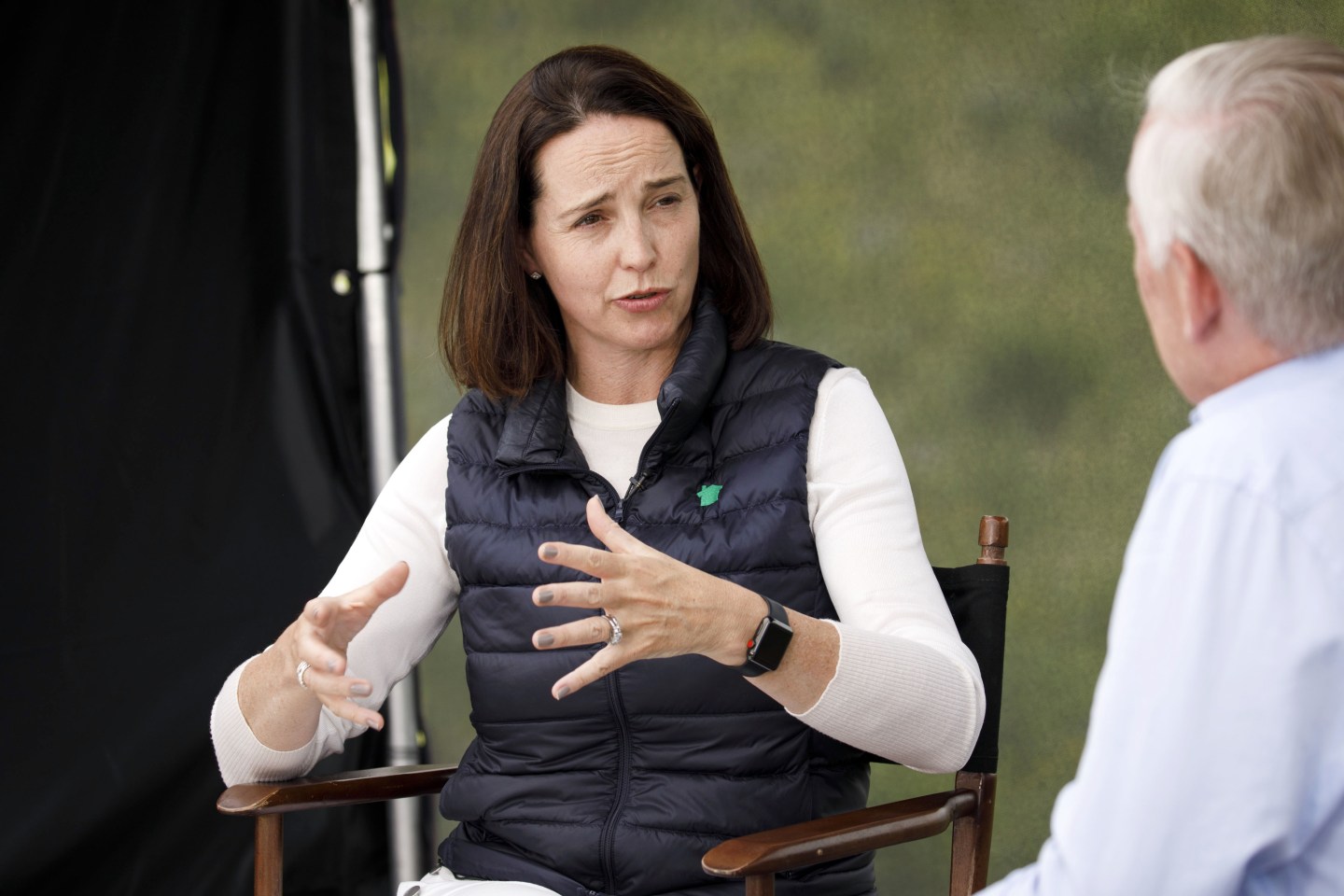 Good morning, Broadsheet readers! State Sen. Nikema Williams will replace the late John Lewis on the Georgia ballot, preemie births are down during lockdown, and Nextdoor’s Sarah Friar talks about responding to racism on the platform. Have a thoughtful Tuesday.

-Won’t you be my neighbor? Fortune’s latest Leadership Next podcast features Sarah Friar, CEO of Nextdoor, the app for connecting with your neighbors. It’s a great interview by our colleague Ellen McGirt, and given the way the pandemic has most of us living a newly hyperlocal lifestyle—and in many cases, getting to know and leaning on our neighbors with fresh intensity—it’s a particularly interesting moment to hear from Friar.

Ideally, all is friendly and, well, neighborly on the platform, but in reality that’s not always how it goes. Ellen asks Friar about Black people’s experience on Nextdoor and the CEO acknowledges that the company has “definitely seen examples where Black neighbors have not felt welcome.” In response, Friar says Nextdoor is focused on making changes to the product to try to foster more empathetic dialogue—including a “Kindness Reminder” that kicks in before someone posts a potentially hurtful or offensive comment.

Of course, tech fixes can only go so far, so the biggest thing Nextdoor can do is remove such content—and the people who post it—from the platform. Friar says the company is more willing to go there: “Unequivocally, there is no place for racism on Nextdoor,” she says.

Having grown up in Northern Ireland during The Troubles (and having lived for a time in post-apartheid South Africa as the Truth and Reconciliation Commission did its work), Friar brings a global perspective to the issue. Nextdoor tries to discourage conversation about national politics, and that policy led moderators to remove posts in support of Black Lives Matter, which Friar has said was “our fault.” But the CEO now says that Black Lives Matter “is a local conversation.” When it comes to systematic racism, the company has acknowledged that “we need to want to talk about it, be able to talk about it and be able to talk about it in a constructive way.”

Finally, it’s also worth listening to hear how Friar has managed to get more women onto the company’s board and management team. (One tip: let your reports know you are evaluating them based on their ability to diversify their teams. “People will react if they know what they’re going to be graded against,” she says.)

Listen to the full podcast here.

- Georgia's 5th. Georgia Democrats chose their party's chair, state Sen. Nikema Williams, as their pick to replace the late Rep. John Lewis on the November ballot. Williams was the first Black woman to lead Georgia's Democratic Party and, nominated to represent heavily-Democratic Atlanta, is likely to head to Congress. (Her opponent will be Republican Angela Stanton-King.) Atlanta Journal-Constitution

- Stopping the stop 🛑. When Rep. Maxine Waters saw police pulling over a Black man, she got out of her car to find out what was happening. "They say they're going to give me a ticket—that's OK as long as I watch them," Waters said to a bystander recording the incident. The Root

- Dangerous opinions. U.S. District Judge Esther Salas is overseeing a lawsuit against Deutsche Bank over its relationship to Jeffrey Epstein; when a gunman showed up at her home and killed her son on Sunday, that was the first case that those trying to figure out what happened pointed out. But the suspect in the shooting is Roy Den Hollander, an "anti-feminist" lawyer who had argued a case before Salas and published a long trail of misogynist viewpoints. He is believed to have died by suicide after the shooting. CNN

- Banking on a nomination. The Senate Banking Committee is expected to approve Judy Shelton's nomination to a seat on the Federal Reserve's Board of Governors today, sending the choice to the Senate. Shelton has been widely criticized for her views on a gold standard and flip-flopping on interest rates. Some Republicans initially opposed her nomination but have now joined their colleagues in backing her. New York Times

- Why they strike. Eight workers told Fortune why they participated in yesterday's Strike for Black Lives. "As Black women, we fight so hard to take care of our families," said Deatric Edie, who works three jobs at McDonald’s, Papa John’s, and Wendy’s. "It’s very important to me because I want to be heard, and I want others’ voices to be heard." Fortune

- Walled off. While federal officers patrolled Portland, a group of women organized a "Wall of Moms" to protect protesters from the officers. The mothers chanted "Feds stay clear! Moms are here!" BuzzFeed

- Premature research. During coronavirus lockdowns, some doctors began noticing a lower-than-usual number of premature births, especially for babies born very early. They don't know exactly why yet, but their research could be key to better understanding the causes of early labor. New York Times

-A grown-up deal. Yara Shahidi, the 20-year-old star of Black-ish and Grown-ish, along with her mother Keri Shahidi signed an overall deal with ABC Studios to develop "scripted and alternative television projects." Their new production company is 7th Sun; Shahidi is the youngest producer at ABC. Deadline

Women officers can't reform policing. No one can Bitch Media

"Ugh, what’s this guy doing here? Get him out of here. He’s ruining the vibe."