To fight the coronavirus budget crisis, act like Alexander Hamilton 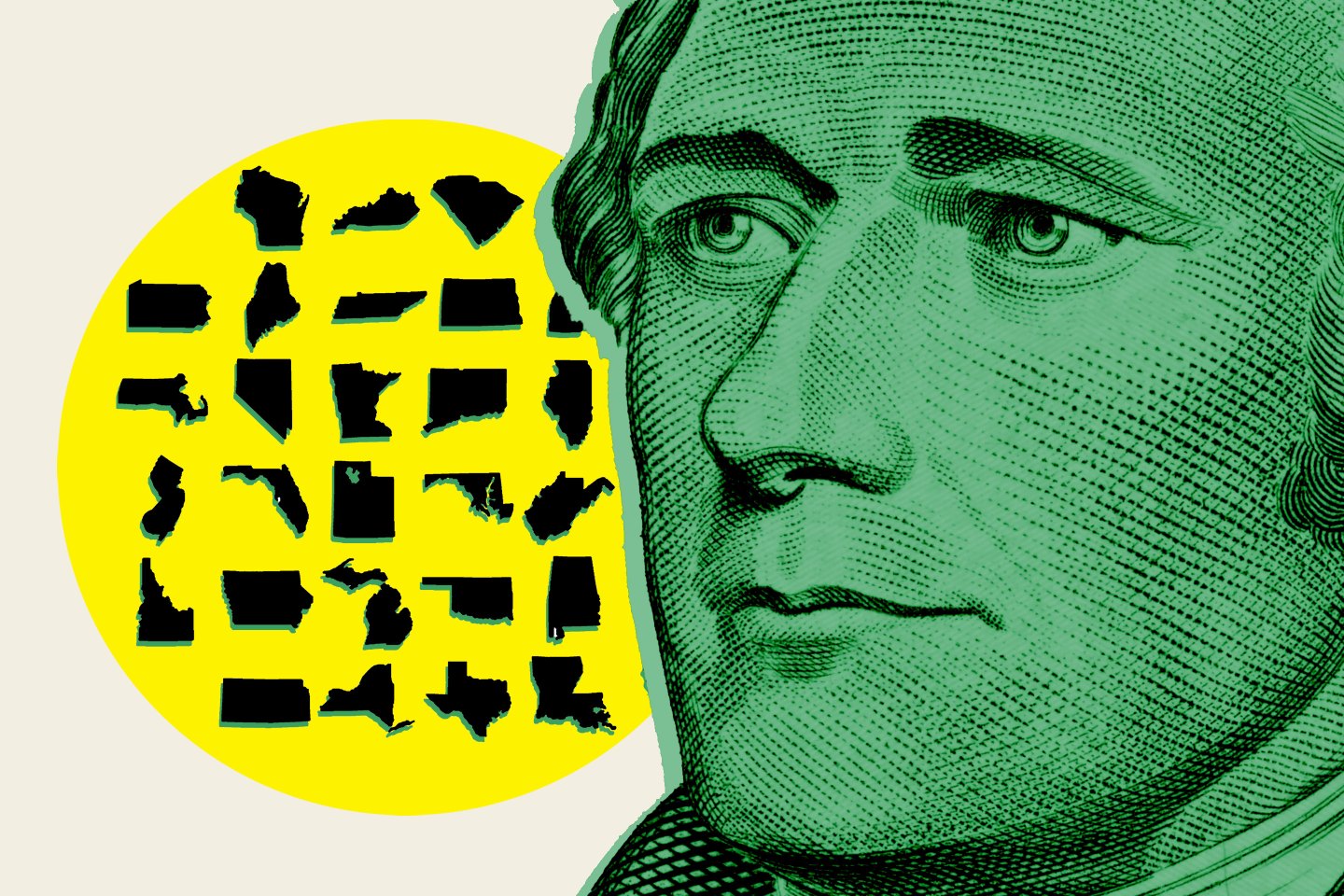 This is not the first time the US has confronted a common, disparately borne struggle. In 1790, Alexander Hamilton spurred the federal government to take over the debt accumulated by states in the fight for independence.
Photo-Illustration by Fortune; Original Photo: Wodicka—ullstein bild via Getty Images

Some U.S. states are facing disproportionate financial challenges due to the pandemic. Plunging tax revenue, unemployment, and rising healthcare expenses, coupled with high levels of existing state debt have driven some states into acute financial distress – threatening the nation’s unity.

This is not the first time the U.S. has confronted a common, disparately borne struggle. In 1790, Alexander Hamilton spurred the federal government to take over the debt accumulated by states in the fight for independence. It was the “price of liberty.” The agreement caused controversy, particularly among the states asked to contribute more. In the event, unity prevailed, and the nation strengthened.

Today, a similar act of solidarity is needed. To be clear, we are not suggesting indebted states be bailed out, but they should not be made to pay for their pandemic-induced financial strain. Instead, the incrementalcosts states incur during recovery should be considered the “price of unity” and shared at a national level, as they were over 200 years ago.

Investors, however, seem pessimistic about U.S. unity. In fact, judging by financial market indicators, they have already chosen which states are likely to come out on top post-crisis (the likes of Texas and Florida), and which will pay most dearly (California, Connecticut, Illinois, Pennsylvania, New Jersey, and New York). This divisive verdict does not foster “a more perfect union,” which the US needs today to maintain its status as the world’s most powerful economy.

What are the markets saying?

We know which U.S. states investors are most wary of; we can see the evidence in the current, volatile prices of state-specific default insurance that we examine in our research. The trajectory of these prices, as calculated based on data from IHS Markit, predicts that, over the next five years, New Jersey, Pennsylvania, and Connecticut have a 1-in-10 chance of defaulting on their debt, and Illinois a whopping 1-in-4. These numbers are in stark contrast to the 1-in-60 risk of default recorded for Florida and Texas over the same horizon.

This is surprising. While Illinois’ protracted financial woes and pension obligations are not new, investors’ negative perception of the other five states is. In January 2020, the cost of insuring against the default of California, New York, Florida, or Texas was roughly equal. Today, default insurance for California and New York costs around four times that for Florida or Texas.

What explains the market reaction?

There are three reasons for such a large disparity in default perceptions across states.

First, some states have higher COVID-19 infection rates, which certainly strain a state’s finances. But, infection rates do not tell the whole story; Florida has the largest share of at-risk population, and its per capita infection rates are roughly equal to California’s, while its default risk has hardly budged since January.

Second, all six states with the largest spikes in default risk have high debt levels and overextended budgets. In short, as we have seen with the EU, the markets believe that only the fiscally strongest states avoid default. Yet, unlike the members of the EU, each state is not a separate entity, but an integral part of the United States (whose default probability has remained low, despite unprecedented debt levels).

Last, these six states are predominantly Democratic. While Democratic-favored policies, such as subsidized healthcare, certainly left these states with less fallback finances, Republican implications that they be left to go bankrupt after suffering a shock beyond their control seems irresponsible.

Why does debt matter?

The sting of negative market perception is felt as tax bases shrink, rainy day funds of even well-managed states run dry, and state governments are forced to turn to financial markets to borrow additional funds to meet their budget commitments.

States perceived more likely to default will pay higher interest rates on their debt, making their recovery more arduous. Raising additional debt is more difficult and expensive, as Illinois recently discovered when it committed to paying a punitive 5.85% interest on its $800 million of new debt. Had Illinois issued the same debt before the pandemic, they would have paid half as much.

Although some may experience schadenfreude in seeing a “poorly-run” state forced to tighten its belt, it seems unjust not to aid a struggling state amid a global economic and health crisis.

Where is the unity?

Unfortunately, withholding support seems to be exactly what some leaders favor. Senator Rick Scott (R, Fla.), in a recent Wall Street Journal op-ed, asserts that states should not be rewarded for their “poor choices”. This solution is particularly unfair to strapped cities on those states. Detroit, for example, despite having recently emerged from near-crippling municipal bankruptcy, is being bowled over again by the financial consequences of the pandemic; its recovery will almost certainly require state government aid. With no compromise in sight for easing the economic burden of the most indebted states, residents of cities like Detroit face steeper taxes, reduced efficacy of municipal services, and risk having to choose between pensions and medical coverage.

Although the $3 trillion coronavirus relief bill recently passed by the House ($1 trillion of which will be reserved for state and local governments) is a step in the right direction, President Trump’s veto threat suggests that the U.S. may not be quite ready to set aside their party politics. Unfortunately, such comments will only serve to deepen market concerns, making it more difficult for the overburdened states to finance themselves.

What the U.S. needs now are the same actions it took over two centuries ago: compromise and unity. Indeed, now is not the time for them to practice political distancing – at least not in the room where it happens.

Patrick Augustin is an associate professor of finance in the Desautels Faculty of Management at McGill University.

Valeri Sokolovski is an assistant professor of finance at HEC Montreal.

Marti G. Subrahmanyam is the Charles E. Merrill Professor of Finance, Economics, and International Business in the Stern School of Business at New York University.

Davide Tomio is an assistant professor of business administration in the Darden School of Business at the University of Virginia.