Valuation: The coronavirus is crushing the aerospace industry, but these stocks should bounce back 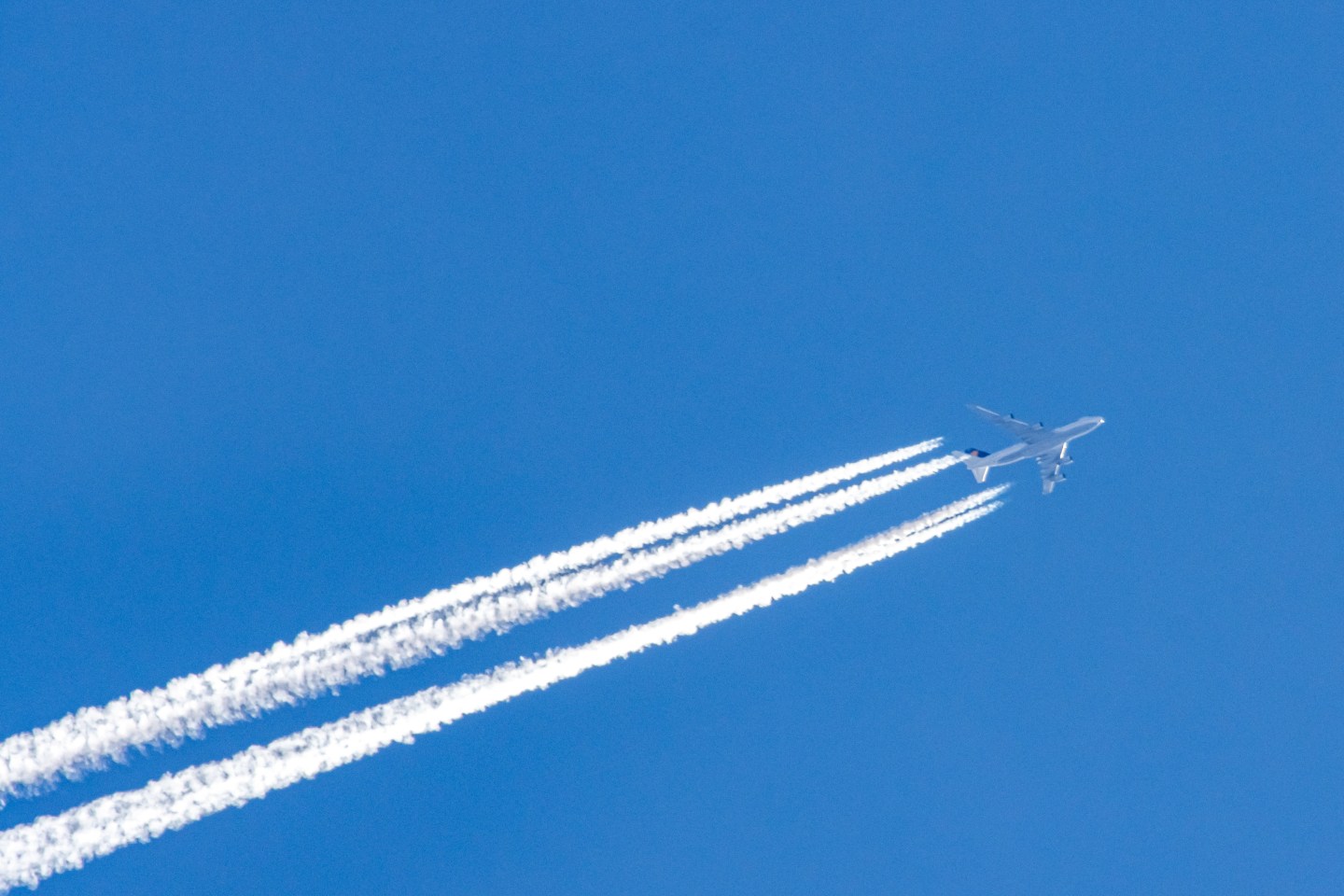 “The key to investing is not assessing how much an industry is going to affect society, or how much it will grow, but rather determining the competitive advantage of any given company and, above all, the durability of that advantage.”
—Warren Buffett, Fortune, 1999

When the stock market gyrates as wildly as it has this year, it doesn’t do any good to gyrate along with it. Much better to return to investing’s first principles, one of which I wrote about last month: Buy businesses that you wouldn’t mind owning if the stock market were closed for an extended period. This month, I want to explore an important corollary to this concept as seen through the prism of aerospace stocks, which I own a lot of on behalf of my clients: distinguishing between temporary losses and permanent ones.

Investors last got a good lesson in this subject more than a decade ago, when the financial crisis represented a reckoning for some businesses and a great buying opportunity for others. Heading into the 2008–09 financial crisis, for example, Wells Fargo was by far the best-capitalized and best-managed bank. Early in the crisis, Treasury Secretary Hank Paulson called the major banks to Washington to offer them rescue packages; only Wells objected. “We don’t need your [expletive deleted] money,” then-CEO Dick Kovacevich reportedly told federal officials.

Wells was forced to take the funds, but mainly it used the crisis to get stronger, cutting expenses and doubling its low-cost asset base by buying Wachovia at a fire-sale price. Most of the other banks, however, weren’t as well prepared. Lehman Brothers went bust, Bear Stearns sold itself to JPMorgan Chase for cents on the dollar, and Citigroup had to raise so much new equity capital that even today, more than a decade after the crisis, a Citi share is worth roughly 10% of what it was before 2008.

The crisis laid bare banking cultures that were all too commonly characterized by loose lending standards and undisciplined expansion. I knew Wells didn’t have such a culture, so after its shares declined 40% in late 2008 I began to buy Wells stock for Gravity Partners and its clients. In the months that followed, the market didn’t agree with me: The stock fell another 20%, and then another 35%, and I was buying more all the way down. By early 2009, Wells stock price was $8, Gravity’s cost basis was roughly $15, and I was not feeling very smart.

A year later, however, the market had regained its reason and saw Wells for what it was: a well-managed bank that had used the crisis to its advantage. The stock was $30 in early 2010, and I had made Gravity’s clients money on an ultimately successful but often harrowing bet—namely, that the market is driven by emotion in the short run but by a rational weighing of value in the long run.

Wells has been on my mind these days as Gravity’s core aerospace holdings have come under tremendous pressure. Stocks like Heico, Safran, and Woodward fell more than the market during the initial coronavirus panic, and while Heico has fully participated in the market’s rapid recovery, many aerospace companies have lost 30% to 35% of their value year to date. Heico is one of the best companies I’ve ever studied and a subject for a future column if it ever gets cheap enough. Meanwhile, what do I do with my other aerospace stocks? Are their losses temporary or permanent?

Note here that I am not talking about airlines, which have been perennial investment disasters. Commercial airlines have always been bad businesses: capital-intensive, cyclical, and rightly seen as commodities. When the U.S. deregulated airfares in the early 1980s, a bad industry got worse as discount carriers entered the market and fare wars began a long race to the bottom. I never understood why Warren Buffett made his latest airline-sector bet a few years ago; even when the post-2009 bankruptcies allowed U.S. carriers to consolidate, the industry never found the discipline required to make it a decent business.

As a result, the airlines in my opinion will remain quasi-public utilities that are shored up every so often by governments because their citizens want and need to fly. By contrast, the companies that supply the industry with parts, both in the new-build market and in the spare-parts aftermarket, couldn’t be more different. As you can see by the chart above, the component makers Gravity owns have been long-term outperformers. These companies have generations of embedded intellectual property and manufacturing know-how that makes competing against them very difficult. To bring either a new plane or a new jet engine to market takes years of design work and testing; it also costs a minimum of $10 billion. As a result, only three enterprises in the world can make commercial jet engines. Only two companies can design and assemble commercial planes. Similar dynamics prevail in smaller niches of the aerospace market: Honeywell dominates avionics, for example, the critical controls in the cockpit, and Woodward dominates the design and manufacture of fuel systems for jet engines.

So aircraft component manufacturers are all inherently good businesses, characterized by high barriers to entry and an oligopolistic structure. Until this pandemic, they were also perennial growers: Over the past 60 years, passenger miles flown have grown at a 5% to 6% annual rate, and demand has been so steady that in the past 50 years there have been only five years of negative traffic growth. This is because aerospace represents a classic call on rising incomes worldwide: Despite generations of air-travel expansion, 80% of the world’s population have yet to set foot on an airplane. Every year, 100 million people in China—roughly one-third of the entire U.S. population—take their first flight.

Because there are only two airplane makers of any worldwide scale, Boeing and Airbus, most component makers sell to them at break-even or even at a slight loss. However, because the airline passenger industry is so fragmented—there are nearly 1,000 registered commercial carriers worldwide—the balance of power shifts to the component makers in the aftermarket. With only a few companies making spare parts, and with hundreds of different airlines buying them, it’s the manufacturers that have the leverage. It is common in the industry for a parts-maker to make zero margin selling to Boeing and Airbus and 40% margins in the aftermarket.

A new normal in travel

The pandemic will not alter the oligopolistic structure of the aerospace industry, but it may well bend the historical 5% to 6% annual growth curve downward. Travel is now down dramatically, and it may not come back to pre-virus levels even after we establish a regimen of testing and drug protocols. Humans may for a time be too afraid to fly, and a new normal may evolve in which people, particularly in developed markets, forgo vacations and nonessential business trips.

It’s hard to imagine, however, that this crisis scars humanity so deeply that human beings lose their desire to travel. Whether it’s the Icelandic sagas or the Aboriginal walkabout, journeys are deeply ingrained in the human psyche. It will take a lot to dislodge this predilection, especially in emerging markets, where people have been waiting to make enough money to finally buy a plane ticket. The average Western European, for example, travels by air twice a year; the average Eastern European travels only once every two years. These per-capita differentials are even more stark in places like India and Nigeria. To posit a secular decline in the worldwide aviation industry is therefore to bet that not only Westerners will retard their travel, but that other people who have been yearning to experience places they’ve seen only on TV will relinquish this dream.

Thus it’s hard for me to imagine that the growth curve of airline travel will be bent materially downward for any sustained period of time. This leads me to believe that when it comes to most aerospace component makers, their stock market losses are likely temporary rather than permanent. It is true that post-pandemic, some aerospace companies may never be as valuable as they were pre-virus. These will likely be those that have played the short- rather than the long-term game: underinvesting in R&D, for example, or abusing their market dominance and subsequent pricing power. In a new, more cost-conscious world these companies will face a reckoning with their customers.

Gravity, however, owns no such businesses. Indeed, we own aerospace companies that set their prices fairly, invest heavily in innovation, and in general offer their customers great value. As a result, they are secular share gainers, which means that they should prosper even if we posit a slower-growing airline ecosystem. In a column tomorrow, I’ll talk about one of those companies in particular.

Adam Seessel is the portfolio manager at Gravity Capital Management LLC, a registered investment adviser. Certain of the securities mentioned in the article may be currently held, have been held, or may be held in the future in a portfolio managed by Gravity. The article represents the views and belief of the author and does not purport to be complete. The information in this article is as of the publication date, and the data and facts presented in the article may change.