Legal protections for LGBTQ people at work are crucial, but it’s on employers to create a welcoming environment 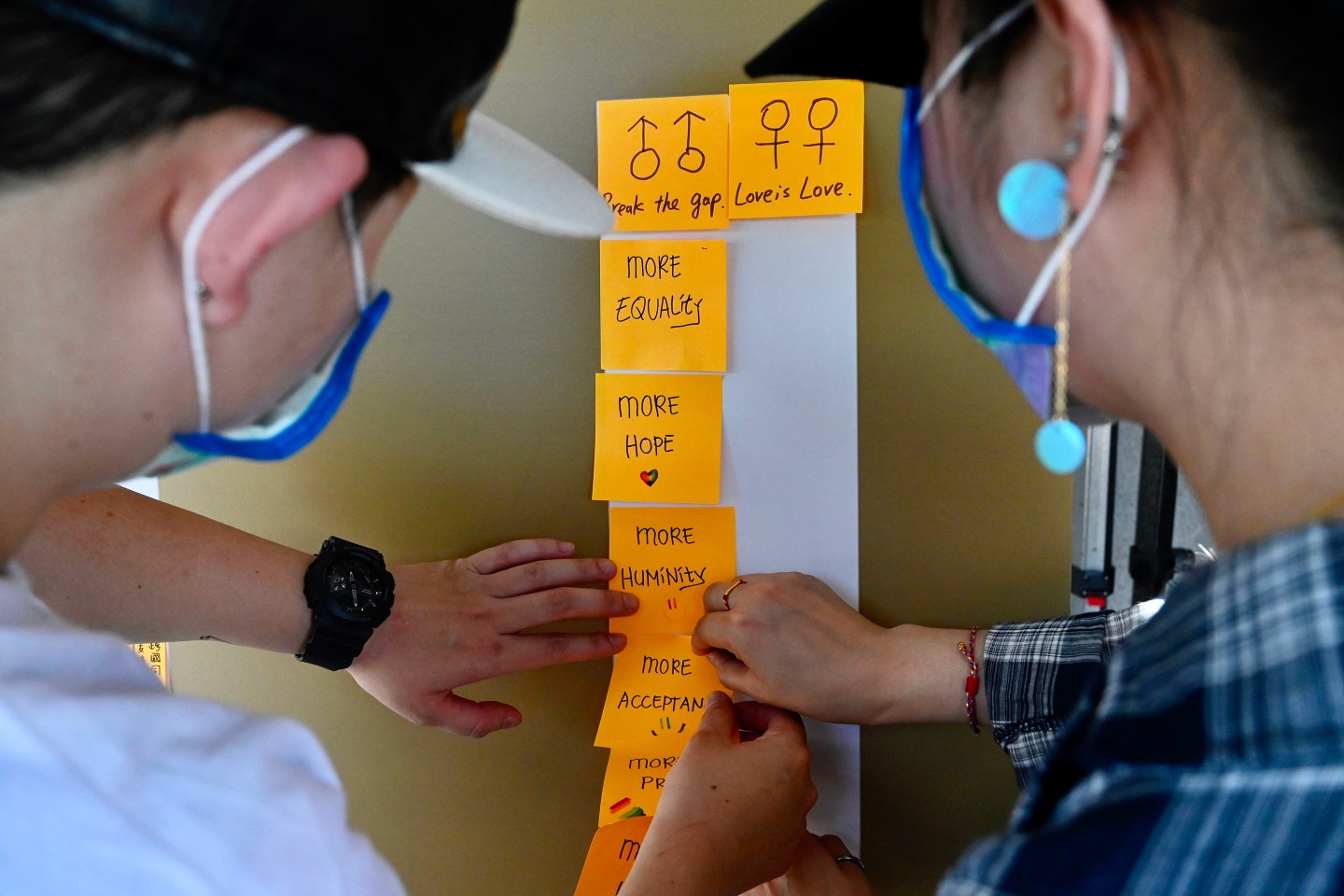 Employers now have the opportunity to reconsider the benefits of identity-diverse workplaces. (Photo by SAM YEH/AFP via Getty Images)
SAM YEH—AFP/Getty Images

When our firm signed on to an amicus brief in Bostock v. Clayton County and two other cases last summer, we were proud to stand alongside 205 major businesses in expressing the importance of workplace protections on the basis of sexual orientation and gender identity. Last Monday, the U.S. Supreme Court decided 6-to-3 in favor of the plaintiffs in this case, which tested the applicability of Title VII of the Civil Rights Act of 1964 to these critical elements of individual identity and experience.

Certainly, we believed the case to be strong; as Justice Neil Gorsuch noted in the majority opinion, “The answer is clear. An employer who fires an individual for being homosexual or transgender fires that person for traits or actions it would not have questioned in members of a different sex. Sex plays a necessary and undisguisable role in the decision, exactly what Title VII forbids.”

Given a shift in the court’s ideological makeup, however, it would be inaccurate to suggest that we expected it to rule in favor of the plaintiffs. This shift was all the more reason, we believed, for businesses to stand firmly in support of what is best for employees, organizations, society, shareholders, and our firms: the removal of a critical barrier to the psychological safety required of productive and meaningful workplace cultures.

As a cisgender, gay CEO of a global leadership firm, I celebrate the notion that this psychological safety—the ability to bring one’s full self to bear healthily and appropriately without fear of retribution or other negative consequences—is a critical element of the best workplaces.

Of course, the mere notion that individuals are legally protected from workplace discrimination on the basis of sexual orientation or gender identity does not, in and of itself, enable psychological safety. Legal protection is a helpful but incomplete precursor to crafting truly hospitable environments for LGBTQ employees and others with historically marginalized identities.

Implicit in the notion of legal protection is the idea that an individual or community is at risk because of some critical aspect of who we are—or what others attribute to those individuals, based on stereotyping or inaccurate perceptions. For LGBTQ individuals, expressing the parts of ourselves that do not align with broader expectations of how we should look, behave, or love based on our assigned sex at birth has often resulted in derision, rejection, exclusion, violence, or just plain silence in the workplace.

But that expression of this essential element of our identities can no longer result in legal termination of employment in the U.S.

The court’s decision has opened the door for leaders to engage with these critical components of identity and culture in a much more sophisticated and powerful way. Rather than operating from a place of legal protection for themselves—that is, treating this latest ruling merely as occasion to conduct antidiscrimination trainings and other risk mitigation activities—employers have the opportunity to reconsider the benefits of identity-diverse workplaces.

Recognizing that the law confers protection on an identity group is humanizing and energizing. When we understand that the most important parts of our identities matter and must be protected at work, we internalize the idea that our work can be a source of the very basic human need for meaning and purpose. Taken in the context of other major events last week—the first broad, mainstream recognition of Juneteenth as a major marker of black American civil rights; a second Supreme Court decision prohibiting the elimination of the Deferred Action for Childhood Arrivals (DACA) program without reasoned explanation; continuing daily protests across the country for equity and justice for black Americans—the impetus for leaders and organizations to cultivate work settings that recognize and harness the power of difference has never been more profound.

Wherever any particular organization presently stands on its journey, there is room for growth, development, and evolution embedded in learnings from the Bostock ruling. For employers who are new to recognizing their lesbian, gay, bisexual, transgender, and queer employees, acknowledging the importance of allowing individuals to bring their full selves to work is an important starting point.

For employers that already celebrate their LGBTQ team members and colleagues, fostering similar celebratory conditions, just treatment, and psychological safety for individuals and communities across a wider range of identity groups creates a reservoir of positive energy in the organization. And for all of us, every day in the workplace (be it physical or virtual) affords the opportunity to demonstrate the kind of meaningful interpersonal connection that affirms our individual and shared humanity—to the benefit of our lives, our organizations, and our communities.