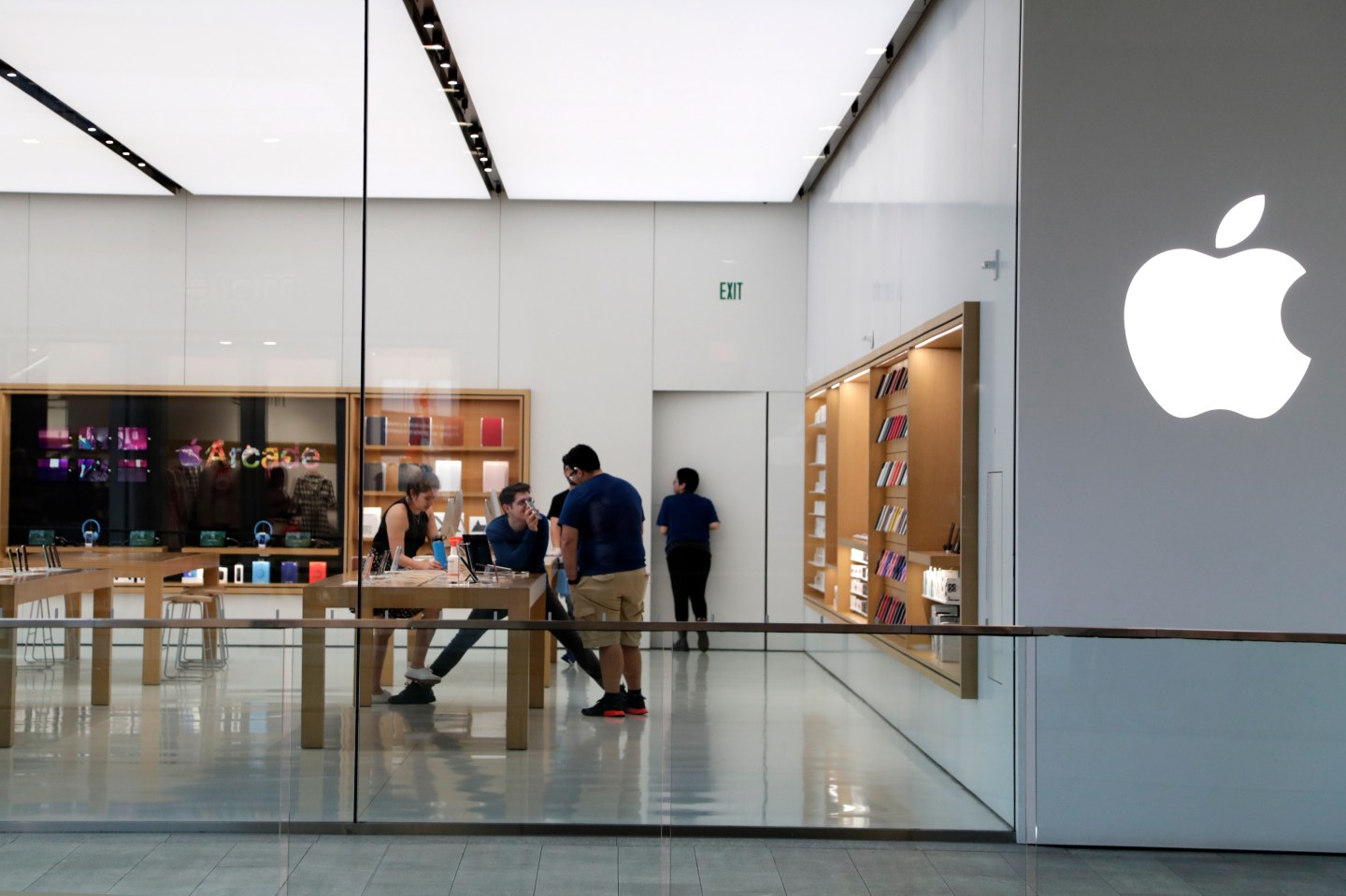 In this March 14 2020 photo, Apple employees work inside a closed Apple store in Miami. Apple is temporarily closing 11 stores in Arizona, Florida, North Carolina and South Carolina just few weeks after reopening them in hopes that consumers would be able to shop in them without raising the risk of infecting them or company workers with the novel coronavirus that caused COVID-19.
Lynne Sladky—AP Photo

Apple’s Friday decision to close stores in four states with surging coronavirus cases highlights a question that other businesses may soon face: Stay open or prepare for more shutdowns?

Apple, like many other major U.S. retailers, shut down all of its U.S. locations in March. On Friday, it said it would shut 11 stores, six in Arizona, two in Florida, two in North Carolina and one in South Carolina, that it had reopened just a few weeks ago.

The move heightens concerns that the pandemic might keep the economy in the doldrums longer than expected. Those worries sent stocks on Wall Street lower. It’s not clear whether other retailers will follow en masse, although one analyst expects hard-hit stores to stay open unless forced to close by local authorities.

Many other businesses, including manufacturing, travel, dining, and entertainment, have been steadily reopening where they can while taking health precautions. But some have recently pulled back or paused their plans. The Cruise Lines International Association, for instance, announced Friday that ships will not be sailing from U.S. ports until at least Sept. 15, extending a pause put in place because of the coronavirus pandemic.

The auto industry, meanwhile, has seen its efforts to restart production hampered in part by infected workers.

Because U.S. efforts to contain the pandemic haven’t been particularly successful, the situation “could ultimately lead to a need for more prolonged shut-downs” that would reduce consumer spending and cost jobs, said Eric Rosengren, president of the Federal Reserve Bank of Boston. In public remarks Friday, Rosengren said he expected the economic rebound this year would be less than what was initially hoped for at the pandemic’s outset, and that the unemployment rate would remain in double-digits.

States such as Utah and Oregon are pausing the reopening of their economies amid a spike in cases, while others like Texas and Arizona have not changed their plans. Arizona this week did mandate that businesses implement social distancing, and Phoenix made masks mandatory in public.

Like many of the biggest players in the technology industry, Apple has been faring far better than most companies amid pandemic-induced recession. The store closures won’t put a significant dent in Apple’s sales, said Wedbush Securities Daniel Ives, but they are “a worrisome trend.”

The Cupertino, California, company has continued to sell iPhones and other products online, and other retailers can do so as well if they decide to close, said Craig Johnson, president of retail consultancy Customer Growth Partners.

“I don’t think this is going to be a giant stumbling block for Apple or anybody else. You can still get almost everything you need online somewhere,” he said.

Johnson noted that the country’s biggest retailers, Walmart and Target, did not shut down, and neither did appliance chains like Home Depot and Lowe’s. If other chains that aren’t deemed essential do shut down stores, he would expect closures to be limited to areas with rising cases.

Still, retail has been hit hard, with declining profits and bankruptcies. Retail earnings shrank 70% in the first quarter, excluding Walmart, said Ken Perkins of Retail Metrics, and second-quarter earnings are expected to drop another 45%. Department stores Neiman Marcus and J.C.Penny and clothing chain J. Crew have all filed for bankruptcy protection. Home-goods chain Pier 1 is shutting down.

“Remaining open may be existential for some retailers and I would expect they will stay open where local regulations allow,” Perkins said in an email. He expected that they would offer curbside pick-up “at a bare minimum” even if doors were shut again in specific areas where they are required to do so.

Disney, which has been planning to reopen Disneyland in California and Disney World in Orlando, Florida, in July, is not changing its plans. Universal Orlando, Busch Gardens Tampa Bay and SeaWorld have already reopened in Florida. Cases are also rising in Florida, and some restaurants and bars said they were temporarily closing again.

Movie theater chains are also reopening, with Cinemark beginning the process this week in Dallas and going nationwide in July. Regal and AMC are also set to open again in July — with mask requirements for employees and customers.

The Navajo Nation’s gambling operation had hoped to reopen its casinos in Arizona and New Mexico in mid-June but they’ll stay closed until at least early July because of the outbreak. Other casinos have closed temporarily.