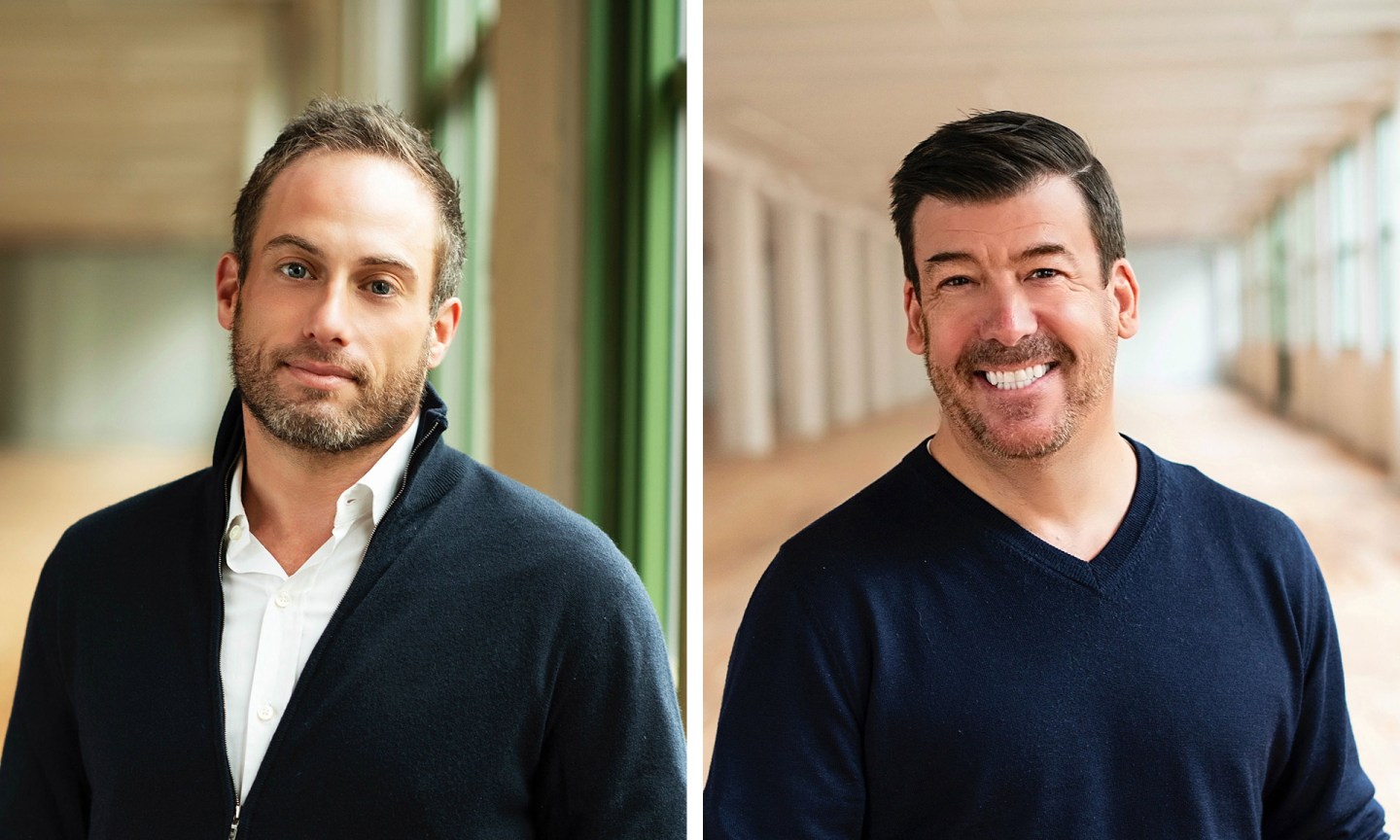 As the U.S. hunkered in lockdown mode in mid-April, the influential venture capitalist Marc Andreessen published a viral essay titled “Time to Build.” The essay decried the complacency of Western democracies prior to the COVID crisis, and called for a mass rebuilding of physical and social infrastructure. It’s time, Andreessen said, to start over with everything: Roads, housing, education, the health system, the works.

Andreessen is not the only one to see an opportunity in the pandemic. Angela Merkel, the German Chancellor, has called for using economic recovery funds to further climate protection. And in the U.S., two veterans of Google’s parent company, Alphabet, tell Fortune that they are embarking on a massively ambitious plan to reimagine four pillars of the country’s infrastructure—and are drawing on an equally massive purse to do so.

The Google vets, Jonathan Winer and Brian Barlow, are co-CEOs of a new holding company called Sidewalk Infrastructure Partners (SIP for short) that is a spin-off of Alphabet’s cities-of-the-future arm, Sidewalk Labs. According to a securities filing, SIP has raised a Series A funding round of $400 million from Alphabet and investment giant, Ontario Teachers Pension Plan.

SIP claims it has a novel tech-powered approach to modernize the country’s infrastructure like never before. In the company’s first interview, Winer described how SIP plans to transform everything from recycling to how America deploys driverless cars—and how the new venture plans to avoid the political and public relations pitfalls that have tripped up Sidewalk Labs.

For a company looking to take on intractable infrastructure problems, SIP has more than a few to choose from. Take plastics. Right now, the U.S. is drowning in plastic waste. The country has never been able to recycle plastic to the same extent as metal or paper, and China’s recent decision to stop accepting overseas waste means piles of plastic garbage are growing ever higher. Now, the pandemic is exacerbating the problem as more stores and consumers revert to single-use plastics as a health measure. As with so many other infrastructure challenges, plastic recycling now seems beyond America’s capacity to solve.

SIP, however, believes it has a solution. The company has invested in a startup called AMP that claims its technology can perform recycling feats that others cannot. SIP plans to build a facility in the Midwest that will obtain cast-off plastic from nearby recycling plants, and then sort it with AMP’s robotic arms and artificial intelligence software. SIP says its planned sortation plant will yield plastic that it will sell to the likes of Coca-Cola and Procter & Gamble—big, plastic-dependent companies that have pledged to reduce their environmental footprint.

The plastic venture is part of SIP’s quest to build a “circular economy”—a term popular in environmentalist circles that refers to incorporating trash and waste water into the production cycle. The circular economy is one of the four infrastructure priorities SIP is pursuing. The others revolve around transportation and mobility—particularly autonomous vehicles—as well as energy and digital infrastructure.

In every case, Winer says SIP’s approach is the same: The company identifies an infrastructure need, and then spends months developing a master plan to deploy a mix of technology and physical assets to solve it. Crucial to SIP’s approach, he says, is its network of influential people—such as Coke and P&G executives. “Once we have a thesis, we act as a convener. We bring together groups of people, including technologists, Alphabet executives, traditional infrastructure players and policy makers,” Winer says.

Over the long run, SIP plans to use the same playbook to spur inter-city highways for driverless cars or, in the case of digital infrastructure, build out network and storage capacity to bring highspeed Internet to both rural and urban communities.

The plan is an ambitious one, perhaps even a noble one. It is also fraught. To understand the perils, Winer and Barlow can look to the troubles of their former employer, Sidewalk Labs. Like SIP, its spinoff, Sidewalk Labs touted think-big ideas to transform the modern city with tools like sensors and data analytics. When it came to deploy Sidewalk Labs’ vision in the real world city of Toronto, however, the project became mired in political wrangling and a pushback from citizens fearful of Google gobbling their data. Today, the project is moving forward but so far it has done little to transform Toronto. Update: On May 7, Google announced it would abandon the project.

A new approach to building infrastructure

Winer is very much aware of the political headwinds that Sidewalk Labs has encountered, but believes SIP’s approach can overcome them. For starters, he says the company is not trying to offer up futuristic versions of the city, but rather to identify infrastructure that towns already need, and then help to build it. In many cases, this will be in the form of unglamorous—but sorely needed—facilities like those sorting plants for recycling.

Winer adds that SIP is taking care to consult mayors and other local officials about their needs, and does not engage in lobbying. “We’re not trying to sell our widgets,” he says, stressing that company is playing a very long game.

SIP also cites its unusual corporate structure as an asset. The company does not fit within the traditional business ecosystem of tech, which is driven by startups focused on a narrow set of products or services. Those startups are in turn funded by venture capital firms, which amass large funds of capital from investors who typically anticipate a return within seven years. This structure incentivizes startups to grow at a breakneck pace as their VC backers press them to achieve an “exit” by being acquired or going public.

Winer says that SIP, as a holding company, is set up to build and invest over a longer timeline and that its two large investors will not be pressing it to deliver returns in the near future. The holding company structure also affords SIP a greater degree of flexibility than other tech firms, allowing it to both acquire assets—like the Midwest sorting plant—and also invest strategically in startups that complement those assets. SIP also plans, in many case, to help operate the companies it backs.

Currently, SIP has 15 full-time employees, including finance veterans like Winer and Barlow, as well as data scientists and technologists. The company expects its ranks will grow over the next year.

As for delivering returns to Alphabet and Ontario Teachers, Winer says the timeline is longer than in the venture capital world but also not infinite. “We don’t have a timeline for liquidity or a return by date X, but we’re not doing 20 year science projects. It’s multi-year not multi-decade,” he says.

Like everyone else, SIP did not anticipate the coronavirus crisis, though Winer believes the company may be able to accelerate its mission as Americans reassess their priorities in the pandemic’s aftermath. And indeed the crisis appears to be creating a new political energy for tackling longstanding problems. In Italy, for instance, officials in Milan are pursuing a plan to limit air pollution by converting 22 miles of roads into cycling and pedestrian routes. Meanwhile, in New York City, some are calling for a massive upgrade of crumbling subway and highway system while the city is in partial lockdown.

All of this suggests that it may indeed be “Time to Build”—and SIP is ready.

—Saving lives vs. saving the economy is a false tradeoff, economists say
—ExxonMobil’s CEO is banking on a return to normal, but most others aren’t so sure
—Cybercriminals adapt to coronavirus faster than the A.I. cops hunting them
—How cannabis purveyors are coping during the pandemic
—Inside the chaotic rollout of the SBA’s PPP loan plan
—Listen to Leadership Next, a Fortune podcast examining the evolving role of CEO
—WATCH: Why the banks were ready for the financial impact of coronavirus