‘State aid or bust:’ Germany’s Lufthansa is running out of cash 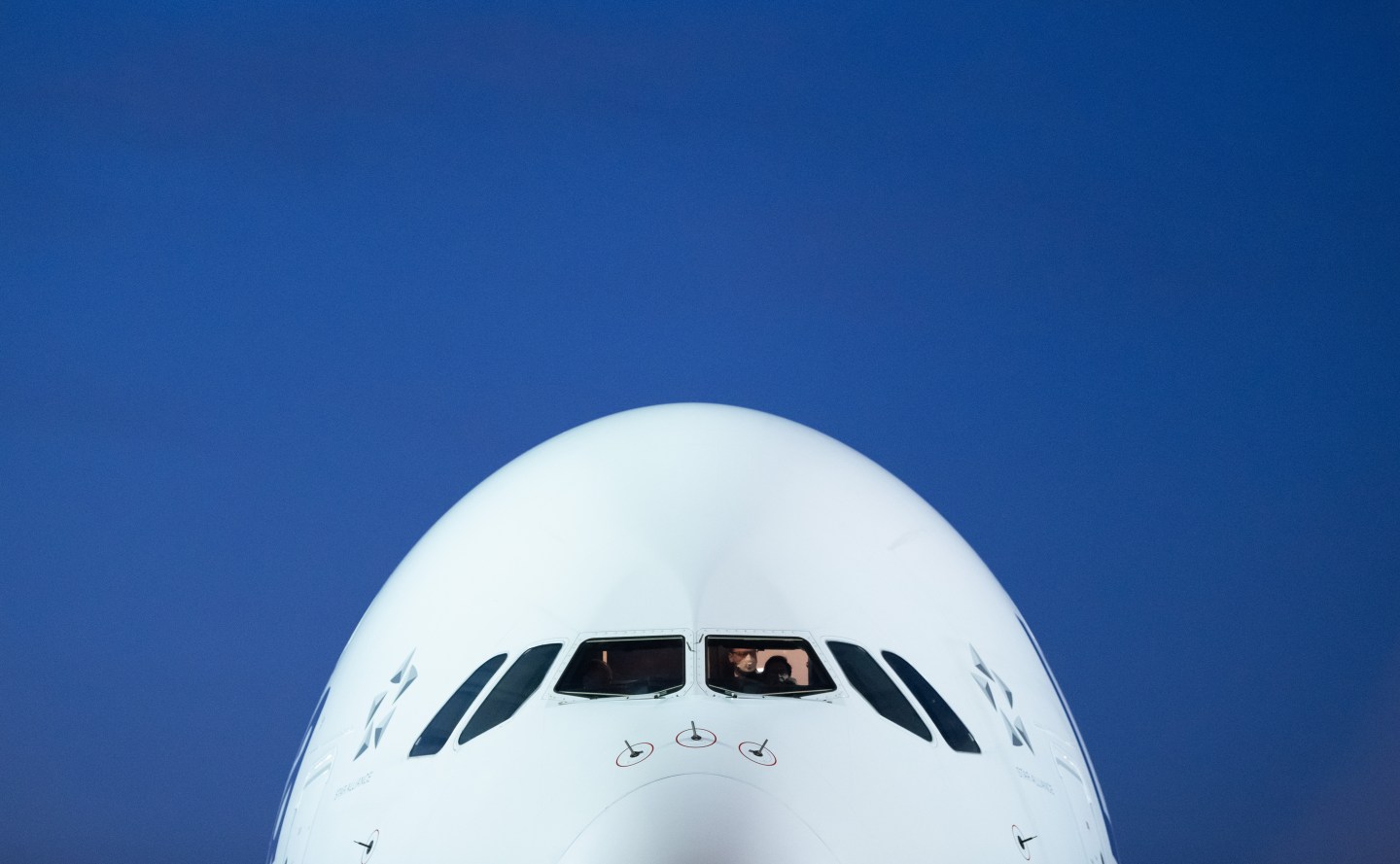 Deutsche Lufthansa AG risks running low on cash within weeks, with the German airline saying the global oil rout has deepened its distress, and its survival now depends on a multibillion-euro bailout from four states.

Liquidity will fall sharply if Europe’s largest carrier is unable to soon access aid, Lufthansa said late Thursday. The coronavirus pandemic has forced the sprawling airline group to halt most flights, choking off revenue while outgoing costs for ticket refunds and financial obligations strain its reserves.

Lufthansa is discussing a package worth up to 10 billion euros ($10.7 billion) including guarantees, loans and some form of equity with negotiatiors in Germany, Switzerland, Austria and Belgium, according to people familiar with the matter. Talks are snared on the form the bailout will take, with the airline fighting to have as few conditions as possible attached to the assistance.

The collapse in oil prices has rocked Germany’s flagship airline, already in crisis after the outbreak brought global travel to a near halt. Lufthansa connects the country’s powerhouse economy to the far-flung markets on which its export juggernaut depends. With a fleet of 763 jets before the coronavirus hit, the carrier dominates business travel in the wealthiest areas of Germany, Switzerland and Austria.

The statement “indicates a need for state aid within weeks,” Bernstein analysts Daniel Roeska and Alex Irving said in a note. “Right now, it is quite literally state aid or bust.”

Lufthansa shares fell as much as 5% in Frankfurt on Friday. The stock has more than halved since the start of the year, leaving it with a market value of 3.56 billion euros ($3.8 billion). It said this month said it would scale back its fleet by more than 60 jets and close its Germanwings unit, resizing the group for depressed levels of travel that could last for years.

Hedging losses will push first-quarter earnings deeper into the red, Lufthansa said, while postponing a results announcement due next week. The carrier said it would give more details later.

The circumstances are so dire that Lufthansa doesn’t expect to be able to raise funds from capital markets, despite owning some 10 billion euros worth of planes it would be able to use as collateral in normal times.

Bailout talks with the governments of the four countries, where it now owns airlines after years of expansion, have dragged on for weeks. The airline said it still expects to access aid, though it’s been under increasing pressure to accept partial ownership by Germany as a component of state support.

“The management board is confident that the talks will lead to a successful conclusion,” Lufthansa said in the statement.

Like many European airlines, Lufthansa hedges its massive fuel costs to guard against a sudden rise in price that can accompany shock events such as geopolitical conflict. The company spent 6.7 billion euros on jet fuel last year, using financial instruments tied to oil prices to steady its exposure. But after prices unexpectedly dropped, those same hedges are costing it money.

Before the coronavirus hit, Lufthansa had forecast Brent crude prices at $63 per barrel for 2020. In January, the company said a drop to $45 per barrel would result in $800 million in hedging losses this year. Brent crude traded at about $22.32 per barrel Thursday on spot markets.

In early April, Ryanair Holdings Plc estimated it would report a 300 million-euro hit to profit for its fiscal year ended March 31 because of costs arising from fuel hedges.

The company’s liquidity is “worrying, and now a decision for politicians,” the Bernstein analysts wrote. “Evidently, credit markets are all but closed even to the group with the largest unencumbered fleet in Europe.”

Lufthansa said first-quarter revenue dropped 18% from a year earlier, but was down as much as 47% in March after lockdowns spread from Asia to its home turf in Europe. The loss on earnings before interest and taxes totaled 1.2 billion euros in the three months.

The group had around 4.4 billion euros in liquidity remaining.

—Real unemployment rate soars past 20%—and the U.S. has now lost 26.5 million jobs
—Why charging members of Congress with insider trading is so fraught
—Out of work, but not unemployed: How much Europe is paying its idled workers
—This time, the banks were ready: How the Big Four prepared to survive the coronavirus
—Furlough vs. layoff? What to know about your rights and benefits
—Listen to Leadership Next, a Fortune podcast examining the evolving role of CEO
—VIDEO: 401(k) withdrawal penalties waived for anyone hurt by COVID-19