The feminist TV show to watch this weekend 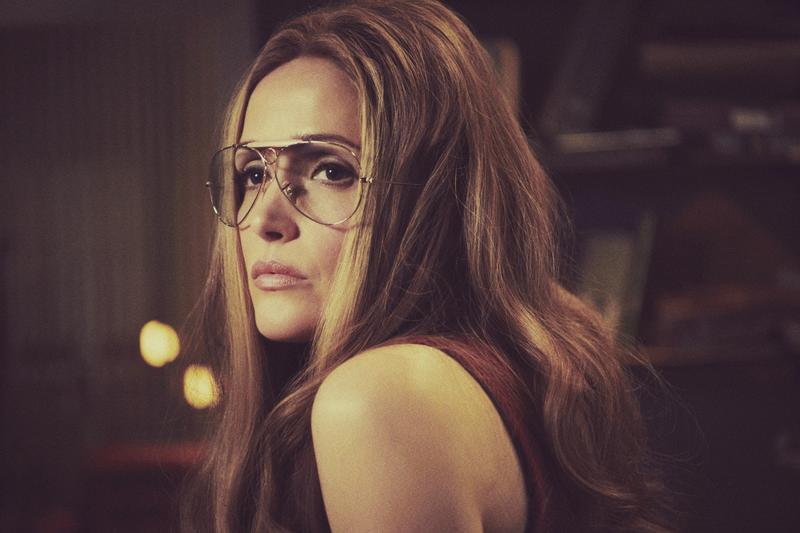 – What to watch. If you’re looking for something to watch this weekend, have we got the show for you.

FX and Hulu on Wednesday released the first three episodes of Mrs. America, a series that dramatizes the 1970s battle over the fate of the Equal Rights Amendment. Cate Blanchett leads the cast as anti-ERA activist Phyllis Schlafly—who changed the fate of the once-bipartisan amendment—while Rose Byrne, Uzo Aduba, Tracey Ullman, and more play Gloria Steinem, Shirley Chisholm, Betty Friedan and other leading feminists of the era.

But there were two standout episodes for me. One tells the story of Congresswoman Shirley Chisholm, who in 1972 was the first woman to mount a serious campaign for president. Many in the feminist movement left her out to dry as they latched onto George McGovern—choosing someone they thought would get elected—over the dream of putting a woman in the Oval Office. Those activists, especially Bella Abzug as portrayed by Margo Martindale, spend an episode arguing that achieving policy goals is more important than a “symbolic” campaign, only to be moved to tears by the sight of Chisholm onstage at the Democratic National Convention.

A later episode follows pro-ERA Republican White House aide Jill Ruckelshaus, played by Elizabeth Banks. Ruckelshaus was in a “dual-career marriage;” her husband was a prominent figure in Republican politics. And, at least in this telling, she weighs her own goals and feminist principles against her husband’s career.

I talked to Mrs. America creator Dahvi Waller, who says that the Ruckelshaus marriage struck her as “such a modern story” about “who’s going to get to shine and who’s going to stay home with the kids;” it was also educational for the many viewers who have never heard of the era’s Republican feminists. The themes of the Chisholm plotline, meanwhile, will be familiar to anyone who just watched the 2020 presidential primary. By the time the creative team was in the editing room, “everyone knew the pressures on Elizabeth Warren to drop out,” Waller told me. Chisholm faced the same pressures, along with racism and doubt from the Congressional Black Caucus.

The entire arc of the series is more current than Waller could have imagined when she began working on the historical drama five years ago. The ERA came roaring back to life in 2017, and in January, Virginia became the 38th state to ratify the amendment—the elusive goal activists fell short of almost a half-century ago.

Read my full conversation with Waller here. And for more weekend reading, dig into this piece by my colleague Erika Fry from the May issue of Fortune. Erika examines how the companies headquartered in Seattle confronted the earliest U.S. coronavirus outbreak. Former Washington Gov. Christine “Chris” Gregoire, Kaiser Permanente Washington president Susan Mullaney, and Symetra Financial head Margaret Meister were among the key decision-makers.

Have a relaxing weekend—hopefully with some binge-watching.

- Scientist-in-chief. Angela Merkel's background as a scientist has sometimes frustrated her colleagues in German politics who wanted more passionate, and less scientific, rhetoric from the chancellor. But her detailed, clear explanation of the science behind her plan to reopen the country is now drawing praise and sweeping social media: Guardian

- The plan to save childcare. Sens. Elizabeth Warren and Tina Smith introduced a $50 billion plan to save the American childcare system. The bailout, proposed as part of the next coronavirus relief package, would provide hazard pay to childcare workers caring for the children of essential workers, money for providers to pay staff while they are closed, and long-term higher wages. "We will not be able to rebuild our economy if this country’s childcare system has collapsed," the senators say. Vox

- A butter option. Land O'Lakes, led by CEO Beth Ford, in February announced a redesign to its butter packaging to more prominently feature the "farmer-owners" whose milk is used in the products. But the redesign also removed the brand's 92-year-old "Indian maiden" image, which has been criticized as culturally insensitive and for "depicting Native women as sex objects." Land O'Lakes hasn't commented on the removal of the symbol. Pioneer Press

- Fertility struggles. Aspiring parents have been devastated by the sudden halt of fertility treatments; companies in the sector are bracing for challenges, too. Egg-freezing businesses are especially vulnerable. Those that have priced their services in anticipation of a recession are more likely to emerge from the crisis intact, says Kindbody founder Gina Bartasi. Fortune

- Defying orders. The Michigan Conservative Coalition organized a protest against the state's stay-at-home order issued by Gov. Gretchen Whitmer. Protesters broke social distancing guidelines to register their displeasure with the order, which is among the strictest in the country. NPR

- Health crisis. Sen. Kamala Harris is sounding the alarm: the coronavirus is disproportionately infecting and killing black Americans. In an op-ed for Elle, the senator argues that the disparity isn't a surprise to anyone familiar with racial inequality in the U.S. Elle

- Jobs report. The latest installments in Fortune's series "The Coronavirus Economy" feature Rebecca Palsha-Hopkins, an assistant news director for an Anchorage, Alaska TV station, and Marisa LaValette, a women's coach in the health and wellness industry. Palsha-Hopkins is preparing her staff for the yet-to-arrive coronavirus peak in Alaska, while LaValette is experiencing self-employment during an economic downturn for the first time.

"Now, when I’m on court, I am just really thankful to be out there."