How to adjust your 401(k) during a bear market 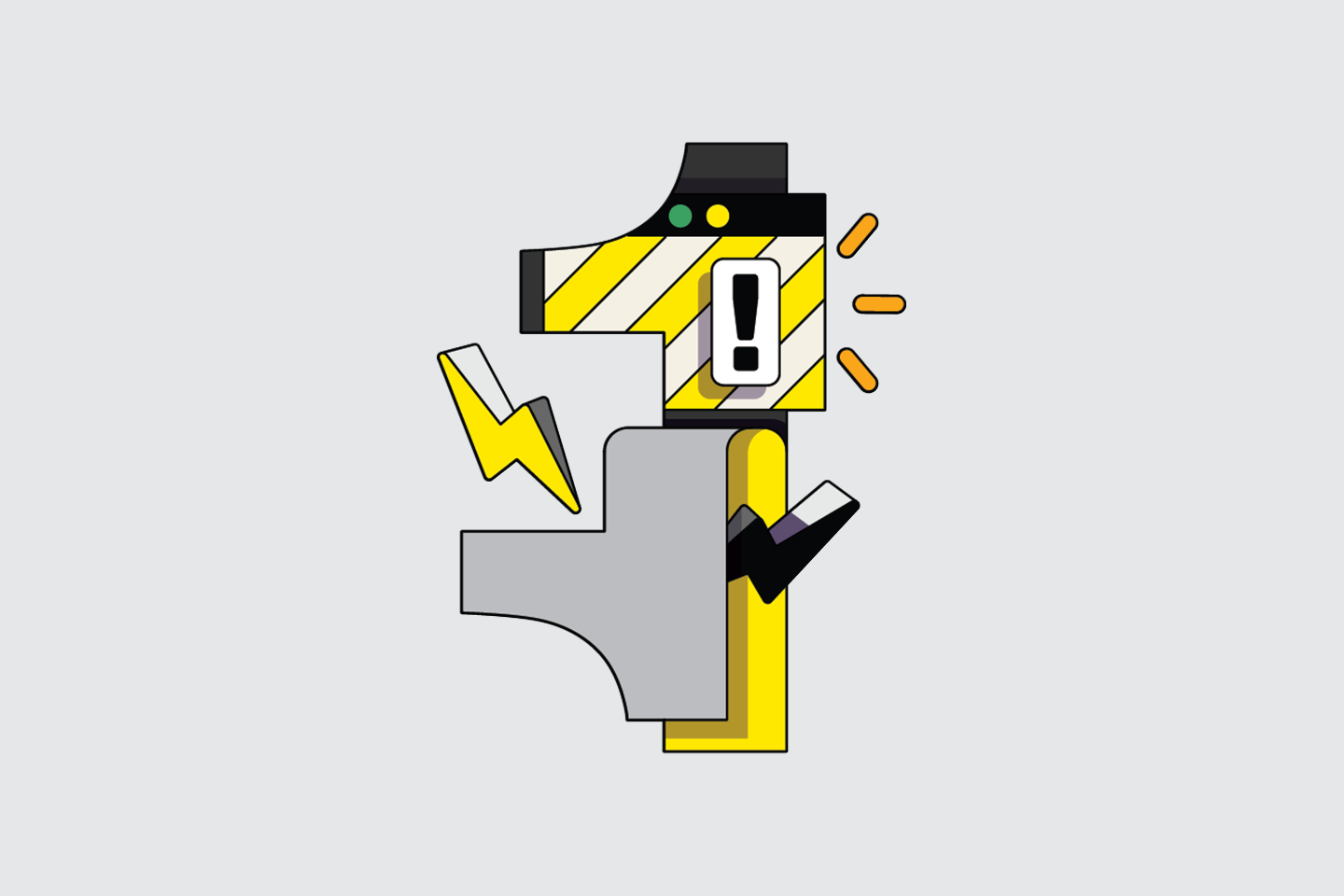 This article is part of Fortune‘s quarterly investment guide for Q2 2020.

Not that long ago, in a galaxy far, far away, the nation was celebrating a record number of 401(k) millionaires.

And now? Well, numbers for 2020’s first quarter are still developing, but you know as well as we do—it’s ugly out there.

With the stock market whipsawing all over the place, up 1,000 points one day and down 1,000 the next, most investors basically have one question playing over and over in their heads: “What should I do now?”

With the usual caveats in mind—namely that there are no blanket solutions that are right for every single investor—we talked to retirement experts about how to proceed in this fearful moment.

It’s human nature, in moments of crisis, to think that you need to step in and take dramatic action. No, you don’t. “When you look at your 401(k) every day or listen to panic in the financial media, you think, ‘It’s down! I need to do something!’” says Dan Solin, a coach for financial advisers based in Bonita Springs, Fla., and the author of The Smartest 401(k) Book You’ll Ever Read. “But when you don’t even look, all that stuff washes out. I tell people to only look at their statements every three or six months.”

That advice is especially true for younger investors. When he gets calls from thirtysomethings who are “petrified” about their 401(k)s, Solin has a standard response. “Not to be glib, but why do you even care what is happening today?” he asks. “Your main concern should be what it is going to be worth in 25 or 30 years. So focus on the long term, and tune out all the noise.”

The percentage you’re putting away in your 401(k) doesn’t come down from the heavens, it was decided by you at some point. And if circumstances have changed, you can tweak that percentage.

“If you are experiencing some financial hardship, like income reduction in the household, it’s absolutely fine to reduce your contributions temporarily,” says Brent Weiss, cofounder of Baltimore financial planning firm Facet Wealth. “It’s not ideal, but your first step is to shore up your finances to get through this.”

On the flip side of that, if your job hasn’t been affected and you are financially able, you could consider upping your contributions by a percent or two. “It’s not calling a bottom, but if you’re dollar-cost averaging in and you’re thinking about 10 or 20 years from now, buying after a 30% dip will ultimately be a very good thing,” says Weiss.

It may seem like the simplest solution, to just throw up your hands and dash into cash. But you’re basically committing “portfolio suicide,” says Larry Swedroe, chief research officer with Buckingham Strategic Wealth.

Because presumably you are going to get back into the market at some point—and when is that going to be, precisely? Since most individual investors are notoriously bad at timing the market, that will likely be a bad choice, too.

“We recently had a day where the Dow was up 11.4% in one day—so if you got out the day before, now what the hell are you going to do?” asks Swedroe. “I know people who got out in 2009 and have never gotten back in. If you think you’re just going to get back in when the market looks safe—well, the market never looks safe.”

Channel your energy into productive research

If you feel you need to do something with your portfolio, to keep yourself from going crazy, at least take on something that will pay long-term dividends.

To wit: In recent years your 401(k) provider may have added more funds to its roster, perhaps some with rock-bottom expense ratios. Those might be superior choices to the funds you chose in the past. Do that research legwork, and consider moving into those lower-fee options—not necessarily now, at the height of market panic, but when things have normalized.

Another productive task for the long term: It’s very possible that you have multiple 401(k)s at different firms, if you have worked at a number of companies over the course of your career—some with good fund options, and some with poor ones. That makes it difficult to keep track of everything and stay on target for your investment plan. Consider moving those accounts and consolidating into a single plan, advises Weiss, which will make it much easier to stay on top of allocations in future.

In the midst of a crisis, it can feel like the worst thing the world has ever gone through. But put things in a broader perspective before you freak out and go to cash.

“So we’re in a bear market now, but there will be a time again when we will be in a bull,” Solin says. “This is the price we pay to get the superior returns of stocks over bonds. And if you can’t deal with that intermittent volatility, then you shouldn’t be exposed to stocks.”

Use this moment to reassess your risk tolerance

It’s the easiest thing in the world to say that you would be able to endure any market crisis. It’s much harder to actually go through it.

So this market moment may be teaching you about what your risk tolerance actually is. “You’d better not take on more risk than you can stomach,” says Swedroe. “Every stomach eventually reaches the GMO point—‘Get me out!’—and stomachs don’t make good decisions, because you’ll just panic and sell.”

That’s the scenario you’re trying to avoid. If you’re not able to withstand a 30%-plus drop, consider bumping up your fixed-income allocation, to give your portfolio more ballast.

With a pot of money sitting right there, taking out a penalty-free coronavirus distribution or a standard loan against your retirement holdings can seem like an easy financial lifeline to grab onto. But don’t do it if you don’t have to, says Weiss.

“If you take a 401(k) loan and then lose your job, that becomes immediately due,” he says. “Instead of having years to pay it back, suddenly you only have a few months—which could add to your financial hardship.” While the penalty-free distributions allowed under the CARES act don’t have such stringent rules, they can certainly set back your retirement timeline, and may result in a tax bill.

A better alternative to a 401(k) loan, or taking retirement cash out early and getting hit with punishing taxes and penalties: Keep on top of the many ways that levels of government and companies are coming together to help people deal with immediate expenses. Lenders are working with mortgage holders, landlords are working with renters, some credit-card companies are offering skipped payments without interest, and the federal government is putting together cash assistance for families. Explore options like those before having to raid your 401(k).

Pretax accounts like 401(k)s mean that you will eventually get hit by Uncle Sam when you withdraw money on the other end. To give yourself more flexibility in future, don’t put all your eggs in the 401(k) basket, but make sure to utilize other retirement vehicles as well.

“No one can tell you what marginal tax rates will be when you take that money out, but it would be reasonable to assume rates will go up in future,” says Solin. “So I would diversify your tax strategy, with some money in pretax accounts like 401(k)s, some in traditional IRAs, and some in Roth IRAs.”

Most important, advises Solin: Take a breath, keep a long-term view, and don’t do anything rash. “This too shall pass. Keeping your head when everyone else is losing theirs, is the key to investment success.”

—5 rules to guide your investing decisions during the coronavirus pandemic
—Market preview: What to remember as we move past a quarter to forget
—Chasing returns: Why ‘inside the tent’ assets like corporate debt may be poised to outperform
—Q&A: State Street’s Lori Heinel on where she sees beaten-down buying opportunities during coronavirus
—Best stocks to buy now: These 5 names will weather the coronavirus pandemic
—Why a bear market is the best time to ‘convert’ to a Roth IRA
—The health of the economy in 7 charts