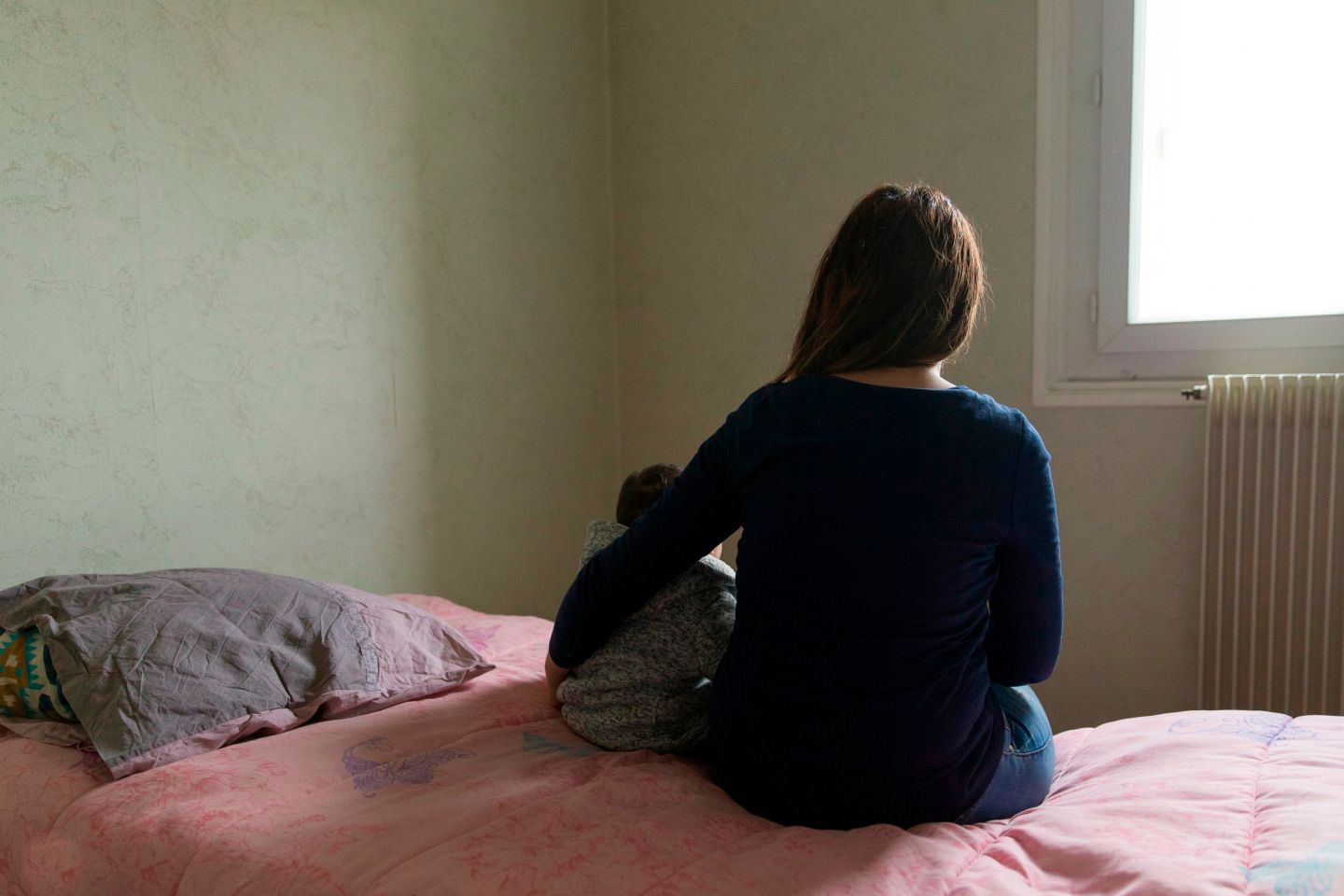 A mother and her child pose in a room in a temporary apartment of the Home association in Paris on November 22, 2016.
Getty Images

Good morning, Broadsheet readers! Jacinda Ardern clarifies some important essential workers, Sheryl Sandberg says Facebook’s past mistakes prepared it for this crisis, and we look at how the pandemic has triggered a surge in domestic violence. Have a safe Tuesday.

– Intimate terrorism. As the coronavirus spreads around the globe, we’ve seen a steady stream of stories raising alarm over a spike in domestic violence cases in areas under a stay-at-home order.

This New York Times piece zeros in on this insidious side effect of the pandemic, tracing it from China’s early quarantine and across Europe (this piece doesn’t spend much time on how the problem is playing out in the U.S., but make no mistake—the situation here is bad and getting worse). The story makes the argument that the outbreak of “intimate terrorism,” as some call it, has been handled with much the same clumsiness as COVID-19 itself: countries and cities had plenty of reason to know it would be a serious problem, yet did almost nothing to get ahead of the situation.

As the experts who spoke to the Times make clear, a quarantine is a perfect breeding ground for domestic violence. We know that violence increases over holidays when families are spending more time together and that abusers thrive on the ability to exert control over their family members. Finally, the story points out, chillingly, that the danger is far from over: “Studies show that abusers are more likely to murder their partners and others in the wake of personal crises, including lost jobs or major financial setbacks.”

So, given that so many governments have already missed the chance to be proactive in protecting the women and children who are typically the victims of this kind of violence, what can be done?

In Spain and Italy, governments have started using hotel rooms to house victims. Some U.S. cities are adding new police units dedicated to domestic violence or expanding legal services for those looking for protection orders. As this NBC News story reports, some U.S. shelters are attempting to find ways to take in new clients—without exposing others to the virus—but it’s no easy task. (For resources, see this list compiled by the NYT.)

Despite the creativity of those trying to help, this a deadly problem with no easy fix. With so much daunting news these days, it can be hard to take it all in, but this is a vitally important story to watch—and, perhaps, to try to influence. Many domestic violence shelters and other non-profits dedicated to the cause are struggling with fundraising right now—and would likely be thrilled to connect with new donors.

- Past preparation. Facebook COO Sheryl Sandberg says that the company's past mistakes—and the work it's done to rectify them—have prepared it for the challenges of the coronavirus crisis. In this interview, she discusses a $100 million fund Facebook created for small businesses. Wall Street Journal

- Labour leaders. In the U.K., Keir Starmer became the Labour party's new leader this week. Now he's bringing in some of the women who were competing against him for the job. Lisa Nandy will be shadow foreign secretary, but Rebecca Long-Bailey, who was Jeremy Corbyn's favorite in the race, does not yet have a role in the cabinet. Guardian

- Absolutely essential! New Zealand Prime Minister Jacinda Ardern made an important announcement yesterday: the Easter Bunny and the Tooth Fairy are both considered essential workers. She told kids that the Easter Bunny "might not make it everywhere this year" but that families could put drawings of Easter eggs in their windows for a socially-distanced version of an Easter egg hunt. New York Times

- Plan, part 2. Sen. Elizabeth Warren has updated her plan to fight the coronavirus to account for the larger scale of the pandemic, and the failures in testing and preparation that have taken place since she released her first proposal. Read her long conversation about the crisis here: Vox

- Waitrose worker risks. Waitrose, the U.K. grocery chain headed by John Lewis chairman Sharon White, agreed after outcry to reverse a policy requiring workers to make up time that they take off to quarantine if a family member shows COVID-19 symptoms. "We are being flexible about when time can be paid back," the company had said to justify the policy, but then admitted, "We got it wrong." BBC

- Royal treatment. After shuttering their Sussex Royal brand, Meghan Markle and Prince Harry will launch their new charitable endeavors under the name Archewell—for the Greek word for "source of action" and their son, Archie. The nonprofit, for which the couple filed paperwork in the U.S. last month, could run emotional support groups, a multi-media educational empire, and a wellness website. Telegraph