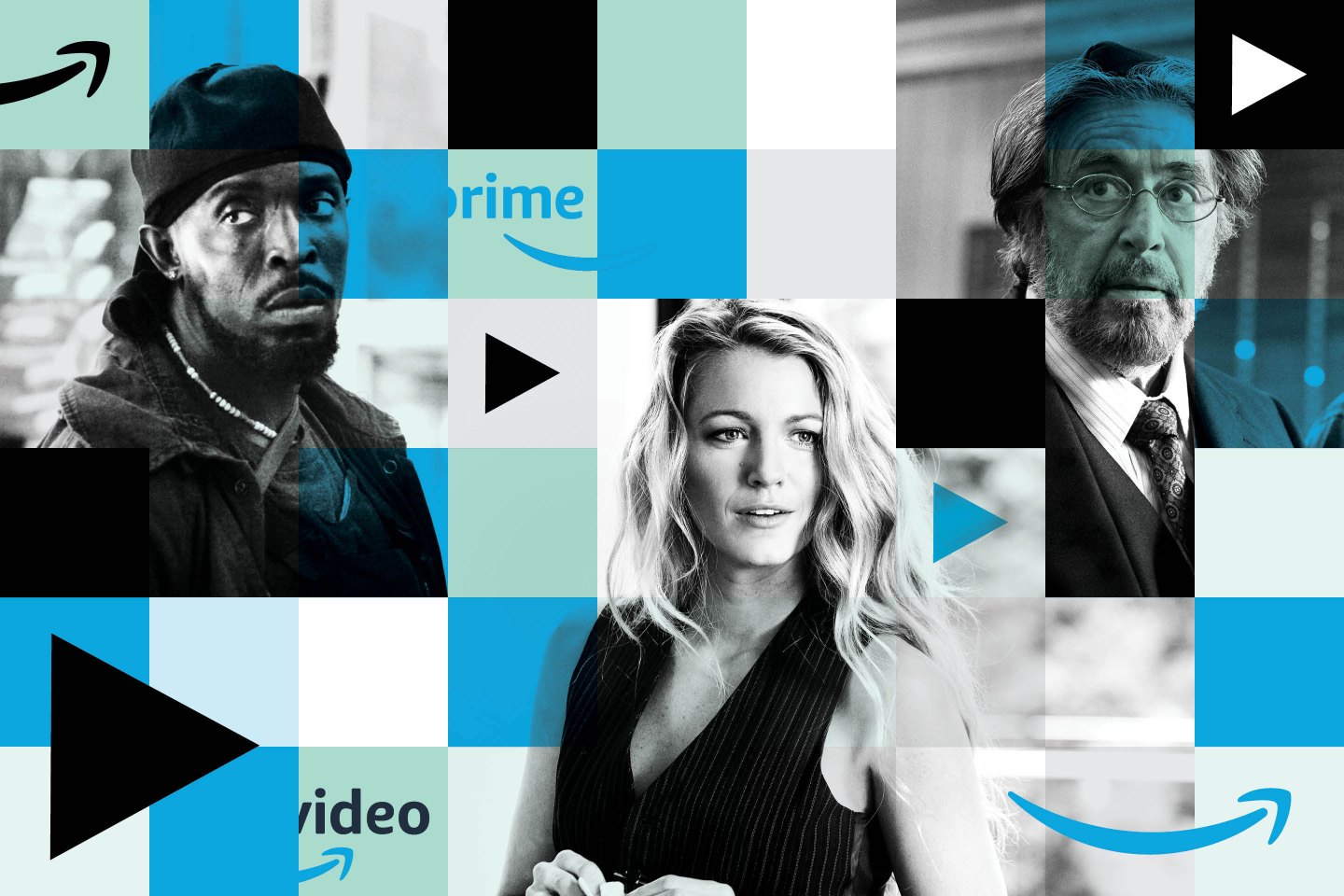 Browsing Amazon Prime Video in search of film and TV streaming options is always a dubious proposition, given that no other streaming platform frankly comes close to being as thoroughly, nightmarishly impenetrable.

Though Amazon’s catalog of offerings is extensive, it suffers from the dodgiest, clunkiest organization of any service out there, sprinkling in add-on channels and rent-or-buy options seemingly at random while obfuscating what’s actually available to stream. It’s also so cluttered with bargain-bin dreck, much of it displayed bizarrely early on in much-too-broad “Drama” and “Comedy” categories, that finding anything of value can take longer than most self-respecting couch potatoes might be willing to spend.

But in the time of the coronavirus, folks are wisely staying home and self-isolating in droves, leaving plenty of time to peer through streaming services’ myriad offerings in search of the perfect mid-pandemic entertainment. Fortune’s here to make that quest a little easier, breaking down Amazon’s bramble thicket of offerings into a few distinct recommendations based on whatever mood our current global crisis might have you in (all of which are completely valid).

The Big Sick Before Marvel rebrands Kumail Nanjiani as a buff superhero in Eternals later this year, revisit the warmly offbeat romantic comedy that first put him on the map. Loosely based on his real-life love story with comedian Emily V. Gordon, it follows a couple—played by Nanjiani and Zoe Kazan—who must grapple with cultural differences between their families after she becomes mysteriously ill. Ray Romano and Holly Hunter, as her concerned parents, are the best they’ve ever been.

Late Night Mindy Kaling wrote and starred in this peek behind the curtain at a late-night talk show, which plays something like The Devil Wears Prada for the SNL set. Emma Thompson brings welcome gravitas to the role of Katherine Newbury, the show’s intractable host, and Kaling’s her nimble foil as the latest writers’ room hire, whose fresh perspective shakes up the broadcast in ways both amusing and sometimes dramatic. Smart and timely, it’s one of the best comedies you likely skipped in theaters.

A Simple Favor Nothing says “quarantine watch” quite like this slyly sophisticated, Champagne-fizz thriller from Bridesmaids director Paul Feig, which stars a very funny Anna Kendrick as a single mother (and prolific vlogger) who becomes determined to solve the small-town mystery of another mom, Emily (Blake Lively), who’s gone missing. Henry Golding costars as Emily’s author husband, impossibly dashing and possibly duplicitous. Though splashy in the extreme, A Simple Favor is as sure of itself as any more-serious film noir you could mention, and it pulls off its tasty fusion of slapstick and suspense with admirable panache.

For the best stuff you missed last year:

Arctic Mads Mikkelsen gave the best performance of the year in this bare-bones survivalist saga, an impressive debut from writer-director Joe Penna. As a downed pilot forced to brave a perilous journey through the Arctic wilderness in hopes of reaching civilization, Mikkelsen communicated volumes despite barely speaking a word. His expressive, intensely physical performance, accented by the poetically spare nature of Penna’s direction and script, render this one of the best movies ever made about human endurance against the odds.

The Prodigy Bad-seed cinema is a horror evergreen, from The Omen to Who Can Kill a Child?, and Nicholas McCarthy’s contribution to the subgenre went criminally underseen when it opened early last year. Heightened by exceptionally atmospheric filmmaking as well as locked-in performances from Taylor Schilling (as a profoundly doomed mother) and Jackson Robert Scott (as her young son, whose disturbing behavior could be evidence of supernatural possession), this is that rare studio release unafraid to get dark, brutal, and despairing. In other words, it’s a must-see for anyone out to scare themselves silly while social distancing.

Honey Boy This hauntingly beautiful, eventually devastating look at the relationship between a child actor (Noah Jupe) and his alcoholic father (Shia LaBeouf) was written by LaBeouf, who based it on his own upbringing. Seen as an act of transforming trauma through art, it’s unspeakably powerful; but even without knowing the context of its creation, the film’s a mesmerizing piece of work, directed elegantly by the great Alma Har’el.

A Vigilante
For Sama
The Report
The Farewell
One Child Nation

The Boys The Avengers, they’re not. This irreverent, gleefully violent comic-book adaptation paints a dark picture of superheroes corrupted and corporatized within a media culture all too eager to sanctify them. Luckily, the worst among them—including the narcissistic Homelander (Antony Starr) and lecherous The Deep (Chace Crawford)—are soon challenged by the emergence of a ragtag vigilante group, led by Billy Butcher (Karl Urban), with the goal of inflicting some overdue pain on the superpowered reprobates. If you like your comic books nasty, viciously funny, and packed with bizarre sight gags, this one fully delivers on exploring its ridiculous premise.

Hunters Al Pacino takes on his first-ever TV series role in this tonally tricky series about a diverse team of vigilantes that comes together in ’70s New York to battle a sleeper cell of Nazi war criminals plotting the creation of a Fourth Reich within the United States. Pulpy and provocative even as it meditates quite seriously on the real history of the Holocaust, Hunters is often far from an easy watch. But it’s fascinating from a world-building perspective and worth seeing most for how it allows an array of great actors (Logan Lerman, Jerrika Hinton, Carol Kane, and Saul Rubinek among them) to more or less go for broke in a series that’s bracingly, often thrillingly tough to pin down.

The Wire David Simon’s epic saga of crime and corruption in Baltimore is widely heralded as one of the best TV series ever made. Almost two decades on from its 2002 debut on HBO, The Wire holds up through the combined strengths of its unrivaled ensemble cast, impressive narrative sweep, and bracing, five-season interrogation of the structures, souls, and struggles that together constitute the fabric of an American city.

Fighting With My Family The supporting players—Lena Headey, Vince Vaughn, Nick Frost, Jack Lowden, and Dwayne Johnson—are strong in this sports dramedy set within the world of professional wrestling, but no one’s quite on the level of Florence Pugh, who positively owns the screen playing a version of real-life WWE personality Saraya “Paige” Bevis. As Paige’s success in the ring translates to bigger opportunities around the world, while creating friction at home, Pugh never lets you lose sight of the huge heart and head full of dreams driving her protagonist forward.

Lady Bird Few films in recent years have captured the bond that exists between a mother and a daughter as tenderly as Greta Gerwig’s solo directorial debut. Beautifully written and acted from beginning to end, its script rich with little wisdoms and lively back-and-forths, Lady Bird feels at once novel and vintage, universal and specific in its balancing of all that’s funny and heartbreaking about growing up—which is just part of why so many consider the film, which earned five Oscar nominations (including for leads Saoirse Ronan and Laurie Metcalf), to be a true modern classic.

The Kings of Summer Coming-of-age time capsules don’t get much more disarming than this story of three boys (Moises Arias, Nick Robinson, and Gabriel Basso) who retreat into the wilderness to construct a fortress for themselves, free from adult supervision. It’s a modestly scaled little find, endearing and deeply felt, with standout performances from its adults, including Nick Offerman, Alison Brie, and 24‘s Mary Lynn Rajskub.

(Of note, Amazon has also dropped its Prime paywall to make 40 children’s series, including Just Add Magic, If You Give a Mouse a Cookie, and the first season of Cyberchase, free to consumers.)

For thrills and chills:

Midsommar After the impossibly tense, shadow-soaked atmospherics of Hereditary, all eyes were on writer-director Ari Aster, and his fiendishly clever follow-up did not disappoint. Trading in Hereditary’s inky darkness for glaringly bright pastels and unremitting sunlight, this trippy and terrifying pagan horror film trails a group of Americans who travel to Sweden for a festival that happens once every 90 years, only to find themselves increasingly suspicious of the cultists celebrating it. While cementing Aster’s reputation as one of the most visually ambitious filmmakers working in horror today, Midsommar also earned Florence Pugh—as a grief-stricken young woman accompanying her bad boyfriend to the festival—instantaneous scream-queen status.

Annihilation Alex Garland’s strange, striking sci-fi odyssey stars Natalie Portman as a biologist whose crew begins to transform in unexpected ways as they journey through a landscape that’s rapidly turning alien around them. Visually stunning and thematically rich, Annihilation can be read as a metaphor for depression and the ways in which all of us are on some level drawn to self-destruction; but the film’s greatest beauty is in how it lays out nothing directly for its audience, inviting many interpretations and soaring highest as a truly brainteasing work of art.

The Killing of a Sacred Deer Yorgos Lanthimos delights in skewering institutions (societal, psychological, or familial), and the grimly absurdist nature of his chosen tactics for doing so have become clear across a series of indefinable films (also including The Lobster and The Favourite) wherein strange rules are imposed on people who have little choice but to break them, with dire consequences. In this elegantly horrific retelling of a Greek myth, a cardiac surgeon (Colin Farrell) and his family are tormented by a mysterious young man (Barry Keoghan) with a connection to the surgeon’s past. Twisted and darkly hilarious, it’s a psychological thriller that’s cold to the touch and no less eerily inviting for it.

—What to watch on Netflix while social distancing during the coronavirus pandemic
—For Jesse Eisenberg, WWII biopic Resistance and sci-fi nightmare Vivarium both hit close to home
—Sobriety is the new black: How musicians are upending the usual narrative surrounding addiction
—MusiCares’s COVID-19 Relief Fund gets all-star help for donations, concerts
—How Emmy season is proceeding, with caution, amid the coronavirus crisis
Follow Fortune on Flipboard to stay up-to-date on the latest news and analysis.