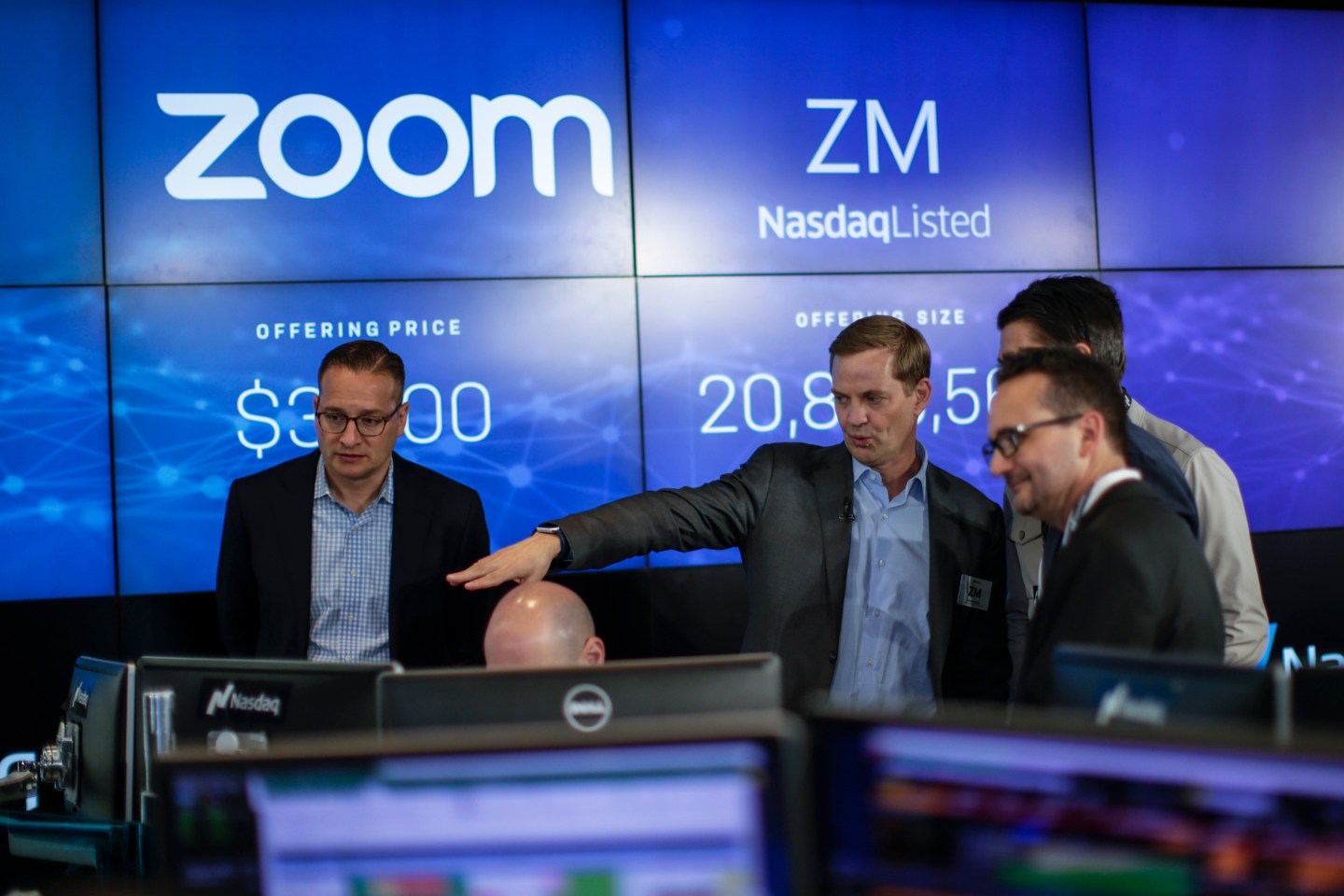 What’s in a name? A lot, it turns out, when it comes to the stock market—or rather, a stock ticker.

The U.S. Securities and Exchange Commission on Thursday halted trading in the shares of Zoom Technologies (ticker symbol: ZOOM), citing “concerns about investors confusing this issuer with a similarly named Nasdaq-listed issuer” during the coronavirus pandemic. That other issuer is Zoom Video Communications (ticker symbol: ZM), whose stock price has, well, zoomed in recent days as droves of workers, confined to their homes to reduce the spread of COVID-19, have turned to its remote meeting services.

Zoom Video’s stock has surged 50% since the broader market’s peak last month, a period in which the S&P 500 has fallen more than 20%.

Meanwhile, Zoom Technologies, a so-called penny stock traded over the counter, had risen more than 240% over the same time frame before the SEC suspended it. At its high at the end of last week, the “ZOOM” stock had increased nearly sevenfold—from around $3 a share to more than $20—in the span of a month. That’s in spite of the fact that Zoom Technologies, according to the SEC, has not made “any public disclosure” whatsoever—including reporting on its finances or “its operations, if any”—since 2015. The company most recently reported that it was headquartered in Beijing.

It’s not the first time investors have bought the wrong stock after mixing up its ticker symbol with that of a more high-profile company, particularly during volatile market events, such as initial public offerings. In 2017, during the run-up to the highly anticipated IPO of Snap Inc. (maker of social media app Snapchat), investors bid up shares of Snap Interactive—before Snap Inc. even went public. (Snap Interactive ultimately changed its name to PeerStream a year after the Snapchat maker’s IPO.)

And in 2015, Ionis Pharmaceuticals, a biotech company originally named Isis Pharmaceuticals, changed its name, along with its ticker symbol, from “ISIS” to “IONS,” over concern that association with the Islamic State terrorist group was hurting its stock price.

When Twitter announced it would go public in 2013, the stock of Tweeter Home Entertainment, a retailer which was then in bankruptcy, soared as much as 2,200% over the following days before being halted.

Other cases of mistaken stock identity include Nest Labs and Nestor (whose stock, with ticker symbol “NEST,” shot up when Google acquired Nest Labs in 2014); Facebook and Physicians Formula Holdings (which traded under the ticker “FACE” before it was acquired); and Monster Beverage Corp. and Monster Worldwide, an online job-posting company which a broker reportedly confused for the other in 2011, placing an erroneous order for $144 million worth of its shares before market officials caught the mix-up.

When buying stocks, investors may want to add one more item to their due diligence list: double-check the ticker symbol.

—Everything you need to know about the coronavirus stimulus checks
—The quickest way to boost the economy isn’t even being considered. Why?
—How does America pay for the coronavirus relief bill? With two shiny coins
—Will the “Great Cessation” be worse than the Great Recession?
—Listen to Leadership Next, a Fortune podcast examining the evolving role of CEOs
—WATCH: The U.S. tax deadline has been moved from April 15 to July 15