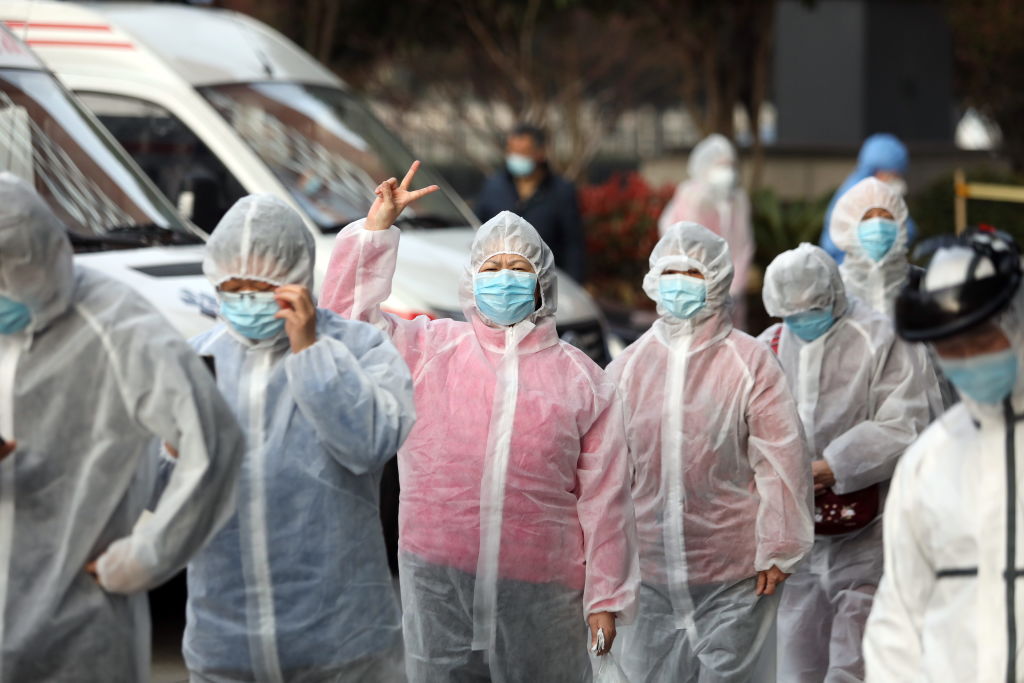 The Chinese province at the center of the coronavirus outbreak reported no new infections for the first time since the pathogen emerged more than two months ago, marking a turning point in an epidemic that’s infected almost 81,000 Chinese and threatens to push the world’s second-largest economy into its first quarterly contraction in decades.

The milestone for Hubei province comes as China struggles to get back on its feet after being flattened by a disease that exploded out of the city of Wuhan in late January. It’s grappling with the aftermath of containment measures that have wrought enormous social and economic damage, most of all in the 60-million province of Hubei, which is still under mass quarantine.

And with the virus accelerating its spread worldwide and people within China resuming work and social activities, a second wave of infections is almost guaranteed, say experts, given how contagious the pathogen is and how easily it slips past country borders.

Indeed, even as Hubei’s numbers have dwindled to zero, China is facing another concern as imported cases continue to add to the country’s tally of infections. The National Health Commission reported 34 new cases for March 18, all of them patients who brought the disease from other countries.

China should watch out for “very infectious” cases among travelers entering China from other countries, and some show no symptoms at first, prominent Chinese infectious disease expert Zhong Nanshan said in a press conference on Wednesday.

Globally, the coronavirus has sickened over 211,000 and killed 8,700. The outbreak has accelerated in the rest of the world, cutting a particularly deadly swathe in countries like Italy. Entire countries are closing their borders, canceling schools and shutting restaurants. Music festivals and sports events have been postpones, while travel and supply chains are disrupted. Economists see $2.7 trillion being wiped from the world’s gross domestic product.

The Costs of Containment

As its new cases dropped to zero on Thursday from a peak of 15,000 a month ago, Hubei also partially lifted the mass quarantine that’s been in place since Jan. 23, allowing some residents in lower-risk areas to leave the province for work. According to local media reports, people have to get a “green code” certification proving they are in good health in order to leave.

Hubei’s mass quarantine, which encompasses Wuhan and surrounding cities, was aimed at sealing off the region where the virus first emerged from the rest of the country and world. The unprecedented and draconian measures are now being replicated by some of the highly-infectious countries.

While researchers say the lockdown of Wuhan likely reduced overseas transmission of the virus by almost 80%, it caused immense suffering within Hubei: the local medical system collapsed under the weight of the surge of infections, leading to scores of preventable deaths, both virus-related and not. Similar scenarios are arising in other countries like Italy and Iran now as their medical infrastructure becomes overwhelmed by the epidemic.

China ultimately sent thousands of doctors from around the country to Hubei province to help and new hospitals were built within days to house its tens of thousands of infected patients. Outside Hubei in the rest of China, local officials placed varying restrictions on residents’ movements and used broad surveillance powers to track who infected people came into contact with.

Its economy has been hammered by the outbreak and the aggressive containment measures. Troubled companies like HNA Group Co. have required state rescue while China is loosening financing rules liberally to keep its millions of small businesses alive through the crisis.

Now as work resumes and movement restrictions are lifted, the chance of another wave of infections is high, because the majority of the Chinese population is still not immune as they did not get infected in the first wave, said Raina MacIntyre, head of the biosecurity program at the University of New South Wales in Sydney.

“Even if there were over 100 times more cases in China than were reported, less than 1% of the entire population were infected, leaving most people in China still susceptible,” said MacIntyre.