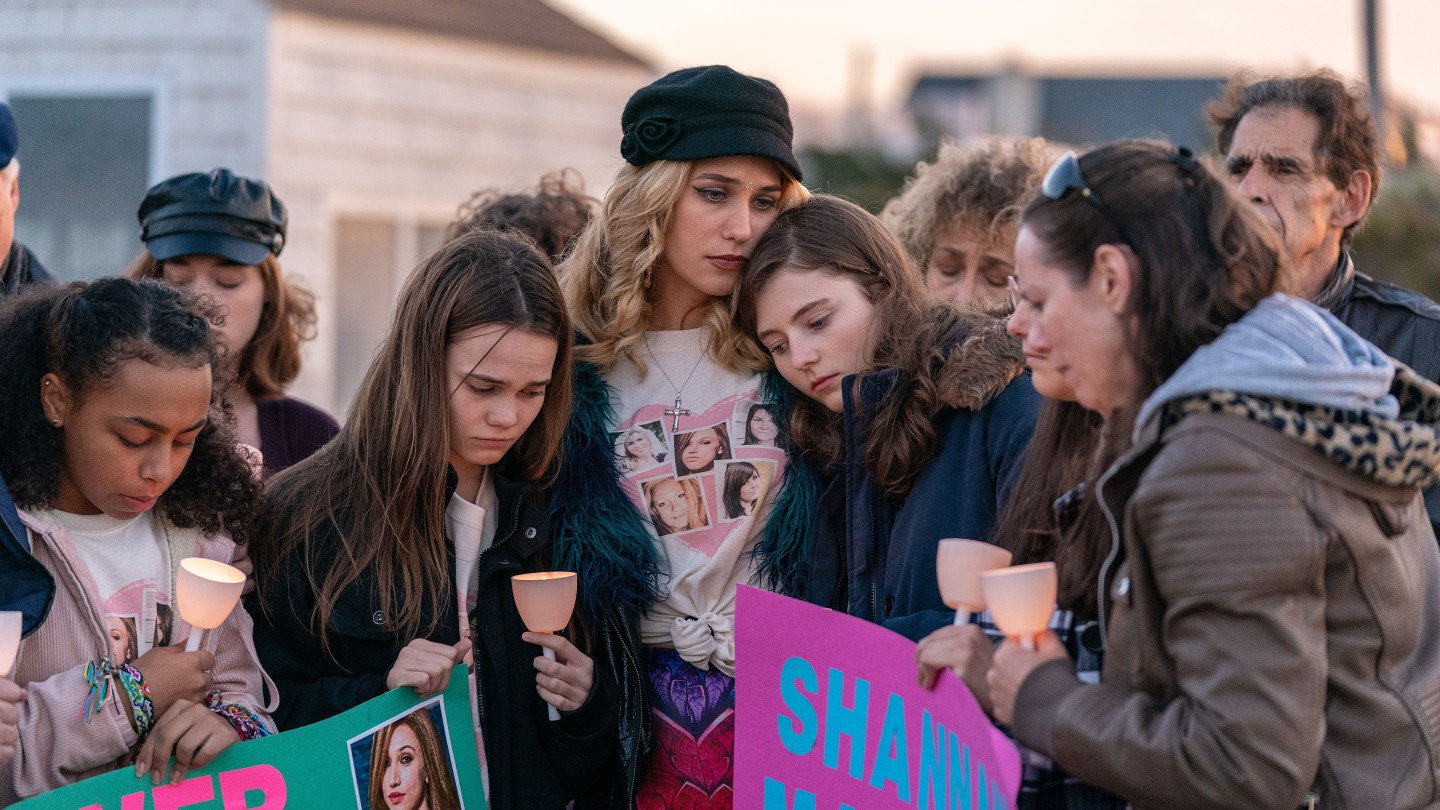 When Shannan Gilbert disappeared on Long Island, N.Y., in 2010, the search for her led to police discovering the bodies of four other women, all left near Gilgo Beach in burlap sacks. But it wasn’t a typical missing person case—law enforcement initially didn’t find it suspicious, because Gilbert was a sex worker. It took constant pressure from her mother, Mari, for the police to consider that anything was amiss, even though Shannan had called 911 after fleeing a client’s house in a panic.

Mari and the families of the other victims still faced an uphill battle in getting the police and the public to care about the cases, a struggle that’s conveyed in Liz Garbus’s new Netflix movie, Lost Girls, which is based on Robert Kolker’s 2013 book of the same name. It stars Amy Ryan as Mari, who fights for justice while struggling to work two jobs, manage her youngest daughter Sarra’s mental illness, and be seen as anything but a failed mother who let her child fall into prostitution. It costars Thomasin McKenzie, Lola Kirke, and Gabriel Byrne as Suffolk County police commissioner Richard Dormer.

This is Garbus’s first scripted feature after her many acclaimed documentaries including What Happened, Miss Simone?, The Fourth Estate, and Bobby Fischer Against the World. Like those movies, Lost Girls tells only part of the story: outside of a pre-credits title card, it doesn’t include the fact that Mari was fatally stabbed by Sarra during a schizophrenic episode and that Shannan’s death is still not considered a murder despite an independent coroner saying it was likely she was strangled.

Before the movie’s streaming debut on Friday, Fortune spoke with Garbus about why this story was better suited to a dramatic adaptation, honoring the memory of Mari, and what she hopes viewers will take away about this still-unsolved case—which might be connected to a number of other Long Island murders.

While working on the movie, did you talk with any of the victims’ family members?

Yeah, I was fortunate to meet Mari Gilbert before she passed, and I have since met many of the family members depicted in the film. As you can see in the film, Mari understood the power of the media and that it was incredibly important to get the story out. She saw this as another point of attention for the case and her desire for justice. For many of the family members, I think it’s hard to have it all out there, but at the same time, they appreciate the attention it brought to the case and the way in which it made them three-dimensional human beings.

What was it about this story that made you want to do it as a dramatic adaptation as opposed to a documentary?

There have been some great documentaries done on this case like The Killing Season on A&E, so I didn’t feel that I had something to add in that regard. What was new about this script was it was the flip side of the serial killer movie, the side that’s not told—the struggles of the families left grasping for justice as opposed to the procedural work of the police.

What was the process of getting the project made like, given that it’s not a typical crime movie?

There is a really strong audience for the true-crime genre of moviemaking, but studio movies are typically financed around the box office numbers of their actors, and their male actors have much more solid box office numbers backing them. A place like Netflix is not working with that model, and it gives you the freedom to cast the way you want to and tell the story without making it be about a man at the center.

Yeah, or central. But, of course, it wasn’t his story. It was Mari Gilbert’s story.

What was it like filming this while the investigation is still happening?

Well, we would be very, very happy to know the killer. [Screenwriter] Michael Werwie always said, “I want the script to feel truthful and honest and correct, no matter who we end up finding is responsible.”

The truth is that the story is not over. We don’t have the killer, and also, for the families, the disregard continues. I got a text message this morning from one of the family members talking about how upset they were because they’re paving a bike lane over the spots where their loved ones were found. These young lives lost, we should be honoring them and finding justice for them.

From left: Garbus and Ryan working on the set of Netflix’s “Lost Girls.”
Jessica Kourkounis—via Netflix

In the end, what do you hope people take away from the film?

It’s to talk about this case and keep it alive and go online and spread the word and just not let it die. Because of these families, we know that, with continued pressure, these cases can be solved. The Golden State Killer case was just solved, and those crimes occurred back in the ’70s. We want people to demand justice and also to refuse to reduce people to a category that deprives them of their humanity. I often think of what it would have been like if instead of “missing prostitute Shannan Gilbert,” they’d said, “missing student Shannan Gilbert” or “missing daughter”—just how we describe people in order to somehow cast the blame on them and wipe our hands of responsibility.

The day that our trailer was released, the Suffolk County Police held their first press conference in years. It was a strange coincidence, but they put out this new piece of evidence, this belt buckle. The more people are talking about the case, the more eyes there will be on that belt buckle, and maybe somebody will know something. Getting that information out there widely is key.

—Heartbroken SXSW filmmakers look for alternatives after coronavirus cancellation
—Diao Yinan discusses The Wild Goose Lake, his Chinese motorcycle noir
—How coronavirus is affecting the global concert industry, including SXSW and Coachella
—China’s box office was supposed to surpass North America’s this year. Then came the coronavirus
—Pamela Adlon wants you to know she has your back
Follow Fortune on Flipboard to stay up-to-date on the latest news and analysis.