It’s officially a bear market, as major indices dive another 5% 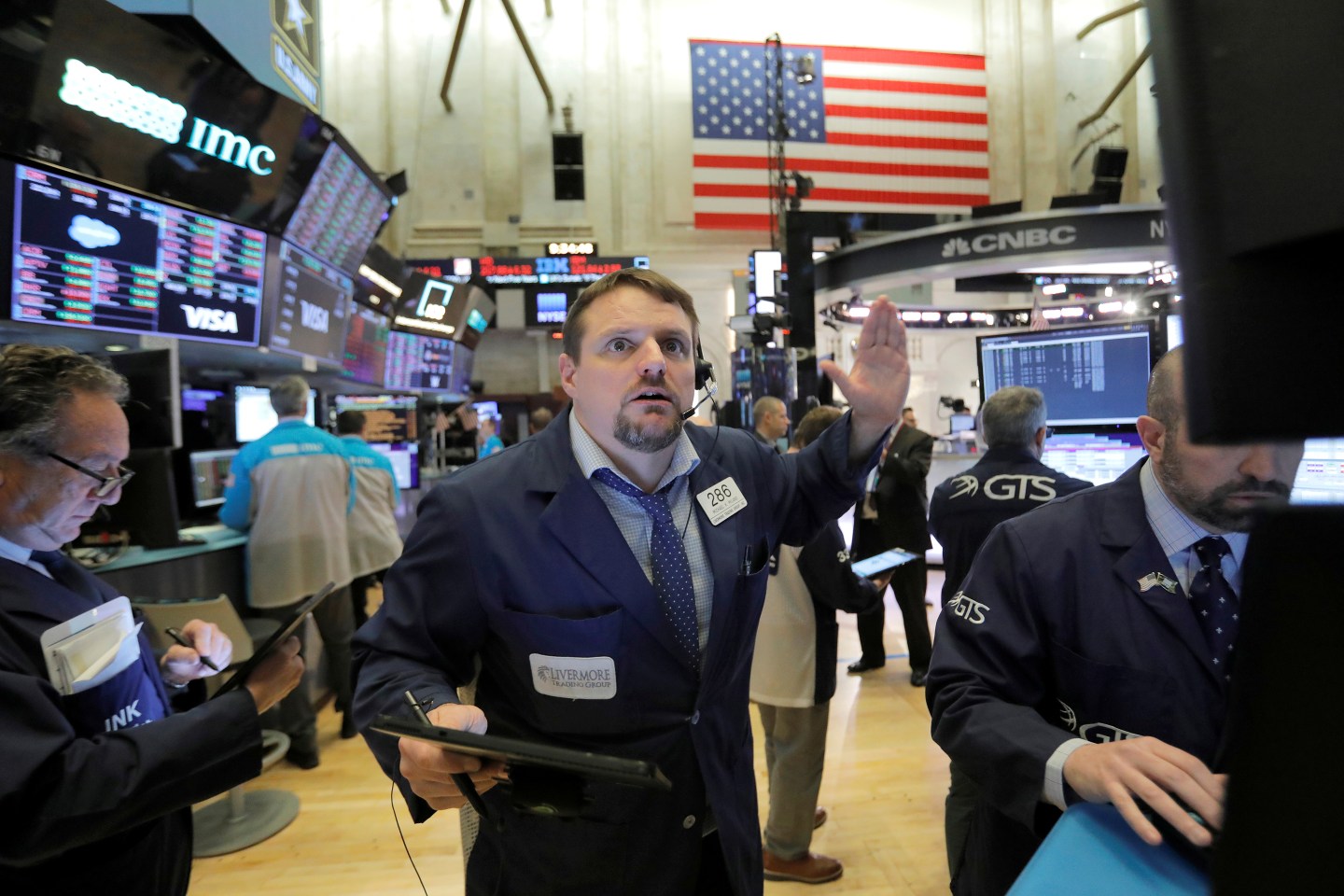 On Wednesday, the Dow closed in a bear market, down over 5% (and down 20% from its intraday high last month), while the S&P 500 closed down nearly 5%. At midweek, markets have been on an exhaustingly volatile path, as major indexes plummeted over 7% on Monday, recovered up around 5% on Tuesday, and down about 5% on Wednesday.

Markets are like “a chicken with its head cut off,” said Harris Financial’s Jamie Cox.

“We’ve never seen [the Dow] go from an all-time high to a bear market this fast” since the index’s inception in 1896, notes LPL Financial’s Ryan Detrick. (A bear market is defined as a 20% drop from a recent high.)

Right now, “The market has no barometer, it has no wind vane because there are so many mixed signals,” Cox tells Fortune. It’s those mixed signals that are pummeling portfolios this week. Markets have been oversold many times in the past few weeks, and volatility (often measured by the Cboe Volatility Index, or the VIX index, which tracks fear on the Street) is running rampant, with the VIX in the upper 40s and 50s (indicating high volatility for the near-term). Even a Fed rate cut (and the potential for another next week) hasn’t stopped the market from its long plunge lower. Now, analysts are saying that fiscal stimulus is “probably going to be needed to help us stem this sell-off,” LPL Financial’s Detrick tells Fortune.

As analysts watch markets fall, those like Detrick remark what “a screeching halt our economy is going to come to in the second quarter—literally almost every hour, it looks like things are getting worse,” he says.

Harris Financial’s Cox cites the lack of fiscal measures and spotty coronavirus testing as “bad decisions” that “we’re sort of fighting through … at a time when it was already going to be difficult for markets,” Cox says.

“The basic debate regarding the path of U.S. equities in 2020 involves whether COVID-2019 will lead to a proverbial ‘V-shaped’ or ‘U-shaped’ downturn,” analysts at Goldman Sachs wrote on Wednesday. But even as debate ensues, Goldman estimates the S&P 500 will end the year at 3,200 points (compared to the roughly 2,740 points it closed on Wednesday).

That 3,200 point-mark for the S&P 500 makes sense to Cox, “As the shock occurred and shut everything down, the resurgence of turning everything on is going to have a classic V-shape, so we’re on the downswing right now.” LPL Financial’s Detrick also sees “drastically weak” economic data for the 2nd quarter, but expects a bounce in the second half of the year and isn’t willing to cry recession yet for 2020.

Although we’ve entered a bear market in at least two indexes, Harris Financial’s Cox maintains the message is still clear for investors: “Selling your stocks now may be the most expensive investing mistake of your career.”

—Is this your first stock market crash? Some advice for young investors
—Here are two of the biggest losers from the Saudi Arabia oil price war
—Why investors suddenly turned on pot stocks
—Here are some of the most extreme ways companies are combating coronavirus
—Why it’s so hard to find the next Warby Parker