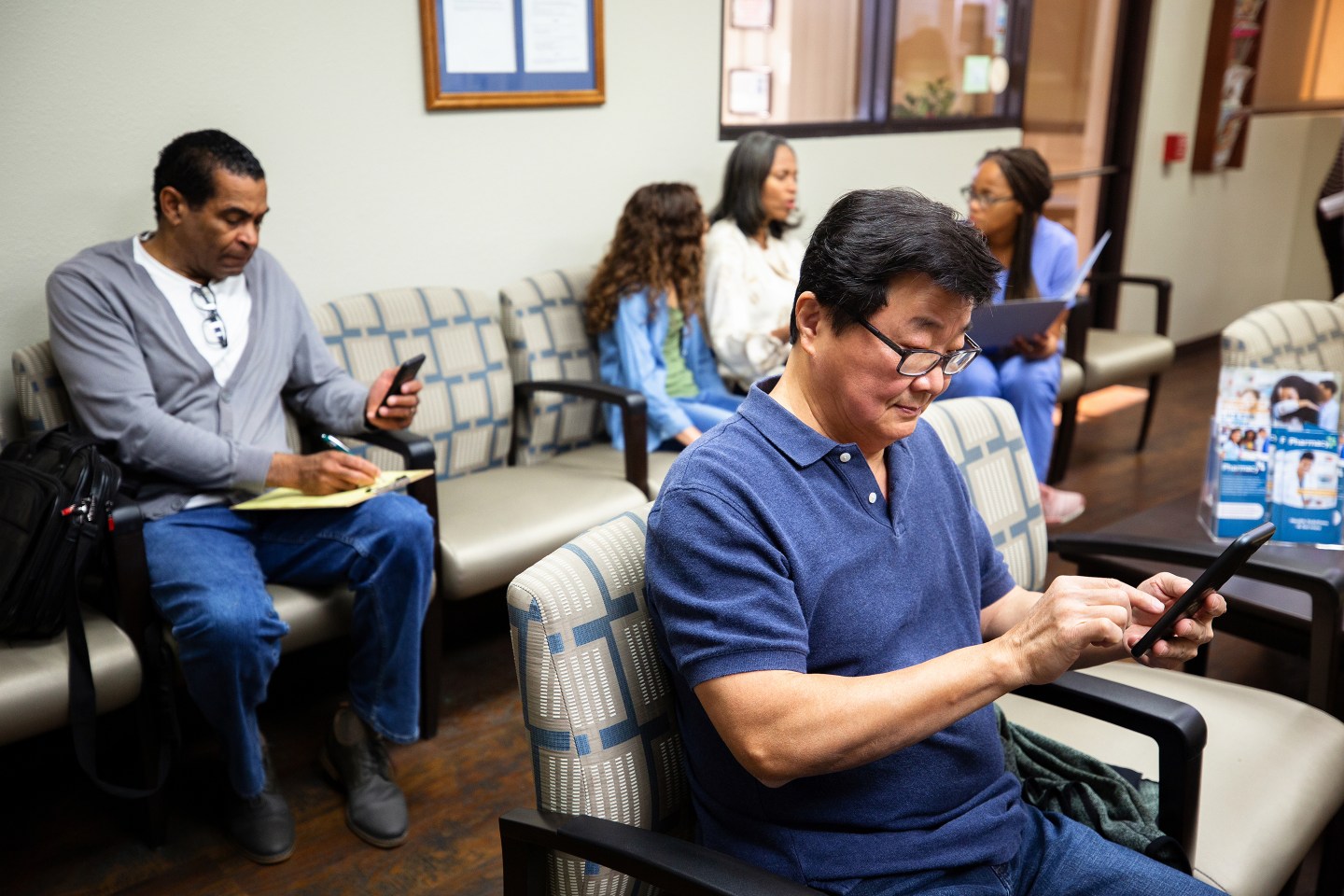 Federal officials on Monday released groundbreaking rules that will let patients download their electronic health records and other health care data onto their smartphones.

“Patients should have control of their records, period. Now that’s becoming a reality,” said Health and Human Services Secretary Alex Azar. “These rules are the start of a new chapter in how patients experience American health care.”

Officials said the rules likely will give patients a greater say in health care decisions and put an end to a long-standing practice in which some doctors and hospitals resist handing complete medical files over to patients upon demand. Many of the provisions are set to take effect in 2022.

“The days of patients being kept in the dark are over,” said Centers for Medicare & Medicaid Services Administrator Seema Verma. “In today’s digital age, our health system’s data-sharing capacity shouldn’t be mired in the Stone Age.”

Yet the new rules also have raised concerns about privacy as technology companies, such as Google, Microsoft, Apple, and Amazon, open up new markets for providing medical records through mobile apps. Major EHR vendor Epic, for instance, has warned that freer flow of medical records could spur the unwanted sale of data or other unauthorized uses.

“Family members may be shocked to find that their most personal health data has been mined and sold by data brokers and is now known by others, Epic CEO Judy Faulkner wrote last June in opposing the rules.

Administration officials said they have taken privacy considerations into account and would require developers to attest to plans to protect the security and use of medical data.

Verma took a swipe at Epic in an interview with KHN and Fortune.

“We’re not afraid to take on special interests to do what’s right for patients. Some people disagree because they want to keep the data,” she said. “The reality is that patient data belongs to patients. It doesn’t belong to EHR companies.”

Verma said the nation’s health care system remains “hugely expensive and inefficient as repeat tests drive up costs and, perhaps most importantly, doctors are forced to provide care with an incomplete clinical picture, especially at a time when the health care systems could be under stress.”

“With the handling of the COVID virus, the urgent need for coordinated integrated care could not be clearer,” she said.

Donald Rucker, who coordinates health information technology policy for HHS, said the new rule “will allow patients the ability to manage their health care the same way they manage their finances or the travel or other parts of their life on their smartphone.”

While Epic, the maker of the most-used electronic health records software, led a campaign to derail the rules, its chief competitor, Cerner Corp., argued the rules were long overdue.

“Consumers should have the right to access the health care information their providers have about them and dictate where they want it to go. Although existing laws allow patients to access their data, it doesn’t work,” Cerner CEO Brent Shafer said in a statement.

The rules also attempt to prevent EHR vendors from silencing critics of their software products. The government wants to encourage doctors and other users of EHR technology to share their experiences about software problems by prohibiting so-called gag clauses in sales contracts. That could free users to criticize EHR systems, including more open discussion of flaws, software glitches, and other breakdowns.

“Botched Operation,” an investigation published by Kaiser Health News and Fortune last year, found that the federal government has spent more than $36 billion on the EHR initiative. Thousands of reports of deaths, injuries, and near misses linked to digital systems have piled up in databases over the past decade — while many patients have reported difficulties getting copies of their complete electronic files, the investigation found.

Consumers have long sought to be more in the loop on health care decisions in a user-friendly form. Many specifics about how that will happen, including how patients would make sense of complex pricing policies for purchasing health care and insurance and assessing quality, remain unclear, however.

To cut down on exorbitant “surprise” medical bills, Verma said, the CMS’ new rule would require insurers to let patients know which medical providers are in their networks. One study found that such bills—often not covered by insurance— have struck more than half of American adults.

For well over a decade, federal officials have struggled to set up a digital records network capable of sharing medical data and patient records. In 2004, President George W. Bush said he hoped to have a digital record for most Americans within five years. In early 2009, the Obama administration funneled some $36 billion in economic stimulus money to help doctors and hospitals buy the software needed to replace paper medical files.

Despite the slow progress, federal officials remain optimistic that digital records will save the nation billions of dollars while reducing medical errors, unnecessary medical testing, and other waste—and encouraging more Americans to take a bigger role in managing their health care by comparing prices.

Trump administration officials on Monday sought to blame the Obama administration for creating what they called a “tower of Babylon,” in which doctors and health systems couldn’t seamlessly share patient information or “talk to one another.”

“It’s led to a tremendous amount of frustration on the part of medical professionals and patients as physicians, interacting with patients, oftentimes spend more time looking at computer screens than they do into the eyes of the people they’re trying to heal,” said White House official Joe Grogan.

The Department of Health and Human Services on Monday issued two rules to give patients greater access to their electronic health records.

—How coronavirus is affecting the global concert industry
—Coronavirus is mutating: Chinese scientists find second strain
—Some of the most extreme ways companies are combating coronavirus
—How Europe is adapting to the coronavirus outbreak
—China’s box office was supposed to surpass North America’s this year. Then came the coronavirus
—Growing coronavirus threat weighs on Apple
—Nearly half of American travelers are reconsidering their international trips due to coronavirus