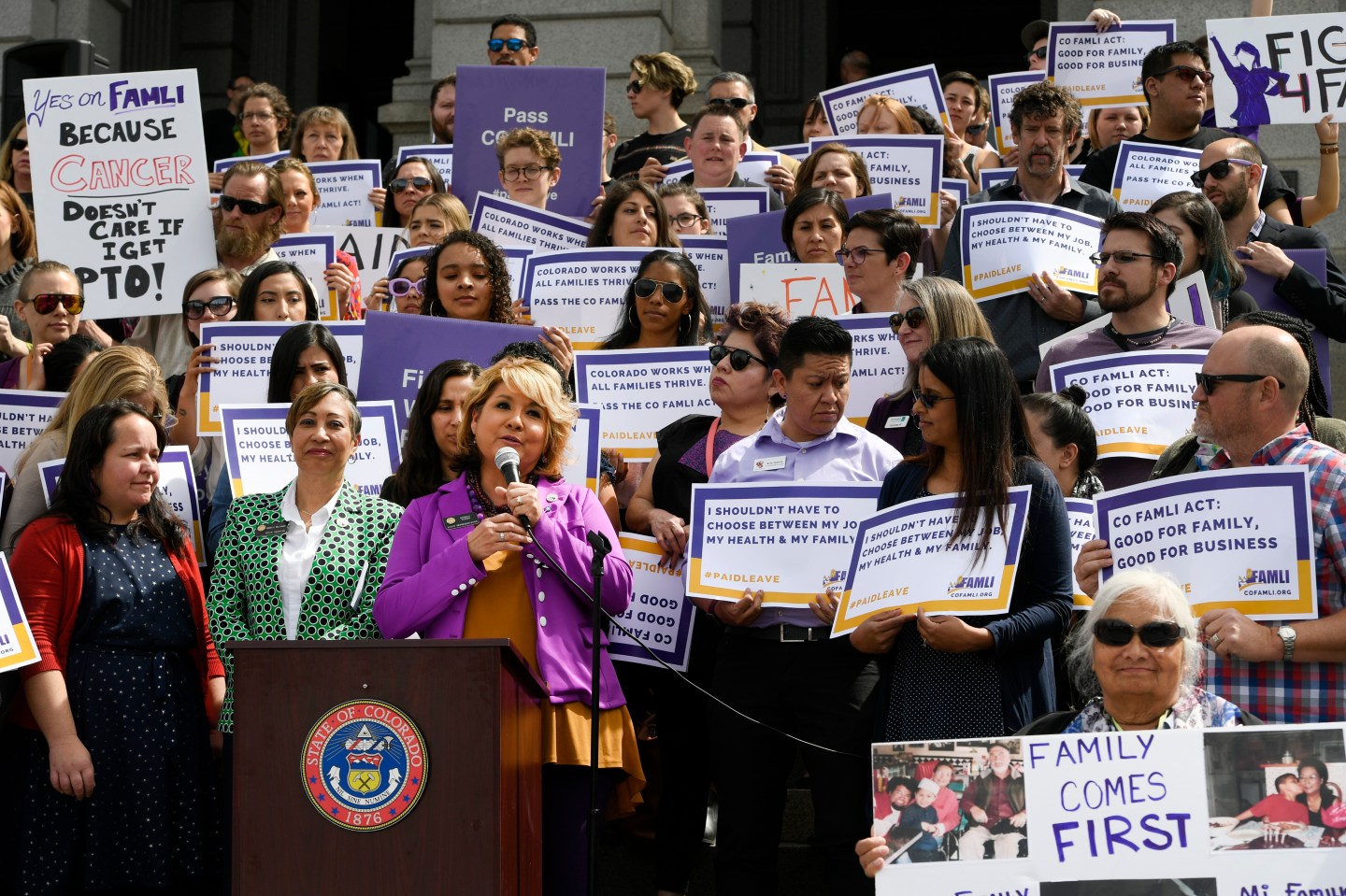 In the past decade, more companies have instituted progressive family leave plans that cover not only those who give birth, but their partners as well. And while this is a step in the right direction, Jenny Galluzzo wonders if every employer is implementing their policies in the most effective way.

Galluzzo is the co-founder of The Second Shift, a talent marketplace that connects women with flexible work opportunities that meet their specific skill sets. She and her co-founder Gina Hadley have seen that while companies recognize the importance of a comprehensive family leave policy, they’re often in the dark when it comes to actually implementing one.

“There’s a difference between the intention of the people creating the policy and the execution of the managers and the team that has someone going on leave,” Galluzzo said.

That’s why The Second Shift created a new initiative called Let’s Be Human: Welcoming Parenthood at Work. This best-practices guide, which already has big name sponsors, outlines not only what effective leave policies are, but the steps in which the entire team—not just the manager and the employee—can feel supported in that transition.

“This is about having a conversation and facilitating a dialogue around family leave with enough time so both the employee and the manager feel supported,” she said. “This is a very emotional and a very personal experience. We don’t want managers to feel overwhelmed, and we don’t want employees feeling like they don’t want to come back into their job because it wasn’t comfortable to leave.”

The Family and Medical Leave Act—a U.S. law mandating covered employees to have access to unpaid leave for qualified medical and family reasons—was passed less than 30 years ago. In the past decade, as family leave has become a hot-button issue, Galluzzo said companies have enacted policies without understanding the human impact. The guide aims to tackle that aspect.

Specifically, the guide includes a recommended timeline for discussing leave, checklists on what to discuss, and impactful ways to be supportive during this time. For instance, the guide recommends family leave planning begins at least five months before the impending leave. It recommends going through the leave policy in detail, preferably in writing. As the leave gets closer, the guide recommends setting up dedicated meetings between HR, management, and the employee using a checklist as a guide for what needs to happen before, during and after leave.

It also features testimonials from both managers and employees about their parental leave experiences, offering personal insights into how people perceive the policies that impact them. Once these plans are in action at corporations, The Second Shift will collect data on how effective these changes were and offer the research as updated modules in the guide.

The Second Shift’s new initiative has two major corporate sponsors behind it. Google and Unilever have taken the guide and are doing events with their staff based on the guidelines, Galluzzo said. The guide is slated to “officially” launch sometime this spring, but Galluzzo said they’re already working with corporations to start facilitating discussions among leadership and employees.

By asking corporations to think about family leave in a different way, Galluzzo hopes it will keep moving the needle forward for women in the workplace.

“We’re really excited to see that in such a short amount of time, so much has changed in the working world for women and for families,” she said. “This is a very rapidly changing landscape. Having to figure this out at the top to implementing it very quickly can be a big shift, and it takes a lot. There are so many pieces of [family leave] that have to work together to make change and it to make a lasting impact.”

—Candidates talk about the issues that matter to working women
—Fixing the corporate approach to addressing sexual harassment
—Funding for female founders increased in 2019—but only to 2.7%
—How “for women, by women” startup Lola views its investor’s Trump ties
—WATCH: The double burdens that hold women back