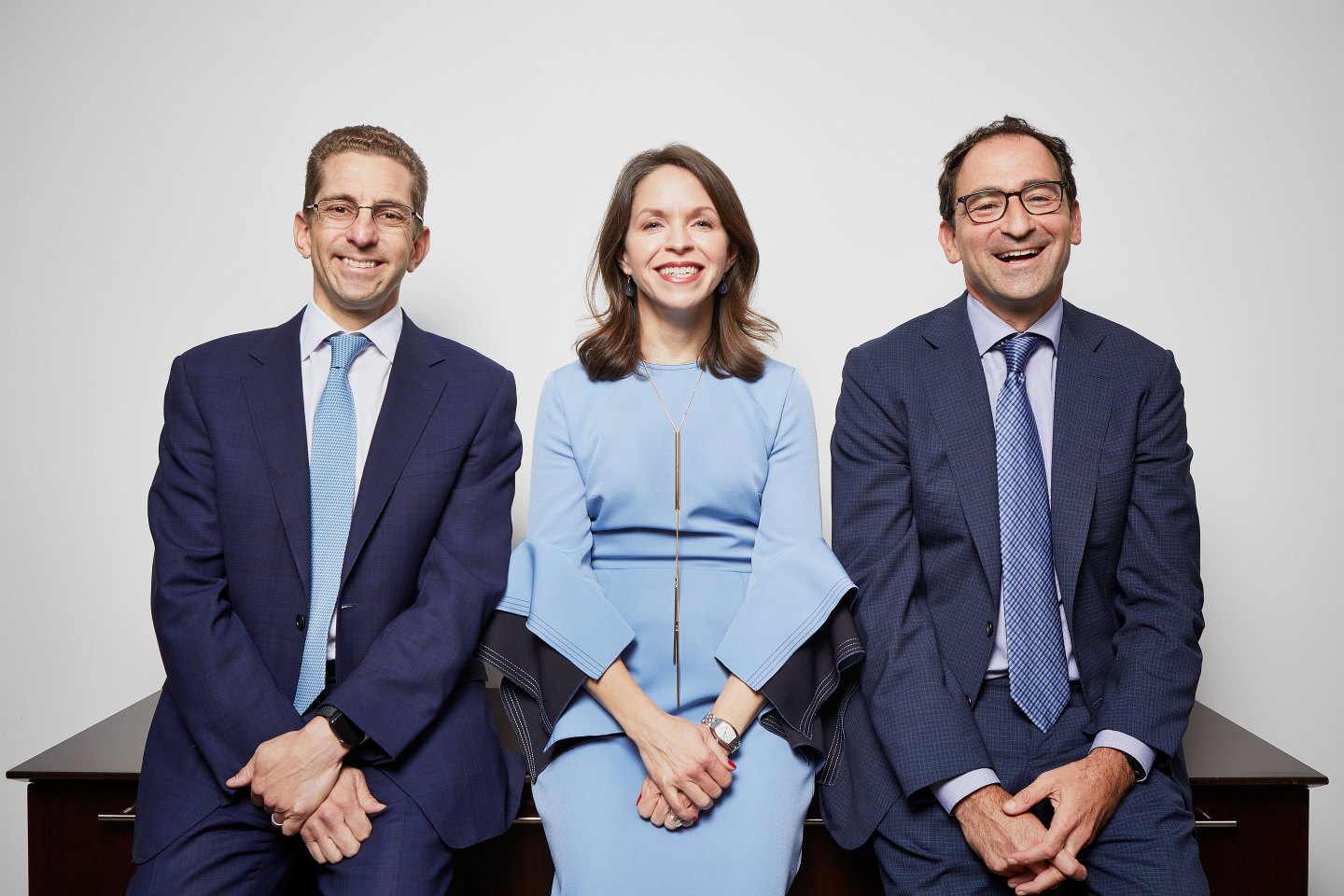 The Cosmopolitan and Bellagio hotels on the Las Vegas Strip. Stuyvesant Town, the largest apartment complex in Manhattan. Embassy Office Parks in Bangalore, one of India’s biggest destinations for IT tenants. Except for their prominence and enormous size, these properties don’t much resemble one another. They have something crucial in common, however: They’re all owned by investment funds controlled by Blackstone Group, the private equity giant.

Over the past decade, Blackstone has relentlessly expanded its reach in real estate. Since going public in 2007, Blackstone has multiplied eightfold the equity capital it devotes to real estate, to $163 billion. Blackstone leverages that capital by taking out mortgages, so the total value of the property it owns “in the ground” is around $325 billion. By these measures it ranks, by Fortune’s estimates, as the world’s largest commercial real estate company.

Blackstone amassed this empire with relatively little fanfare, but recent megadeals have made its scale hard to miss. Last fall it finished raising the biggest real estate investment fund in history, at $20.5 billion. It also clinched the largest private property transaction ever, buying roughly 1,000 warehouses, including dozens leased to Amazon, from logistics firm GLP for $18.7 billion. In an industry in which most owners and investors are much smaller, Blackstone’s heft has made it the most-watched player. “We’ve never seen a firm that can do the size of deals they regularly do, or move that fast,” says Roy March, chief of real estate investment bank Eastdil Secured.

These massive deals have also reshaped Blackstone itself. For most of its 35-year existence, the firm’s big profit spinner was its traditional private equity franchise, which focused on buying and fixing laggard industrial companies. But six years ago, real estate jumped far ahead. That prominence is also now reflected in Blackstone’s top ranks. In 2018, Jonathan Gray, 50, the manager who built the real estate business, was named president and COO, and he’s slated to eventually succeed longtime CEO and cofounder Steve Schwarzman.

For a relatively young firm, Blackstone’s culture feels old–Wall Street formal. Full business attire is de rigueur, and even on Fridays jackets mainly stay on. Conference rooms display paintings by such artists as Jasper Johns and Ellsworth Kelly, whose work wouldn’t have been out of place in a boardroom in 1970.

In conversation in his 44th floor office, Gray outlines an investment philosophy that’s as daring as the dress code is conservative. Property prices are elevated even as economic growth is slowing, he notes: “That makes it a lot more difficult to achieve big returns across the entire market.” Blackstone’s challenge is to pick the right spots in the market to keep delivering steady returns.

With his firmwide role growing, Gray has handed Blackstone’s property baton to global real estate coheads Ken Caplan and Kathleen McCarthy. And their latest strategic pivot, with its emphasis on unglamorous but lucrative properties in fast-growing cities, underscores how the broader economy is evolving.

Blackstone invests in real estate through two basic categories of funds. The first is its Blackstone Real Estate Partners (or BREP) vehicles, which the firm calls “opportunistic.” BREP funds often buy distressed or partly empty properties that they can fix up quickly to earn big short-term returns. Since the first BREP fund’s launch in 1994, the category has returned 15% a year on average, after fees. The second category, Core+, is more conservative, targeting properties that already generate stable rental income. Core+ vehicles, which include the Blackstone Real Estate Investment Trust (BREIT), currently hold $46.2 billion in capital, and have been producing annual returns of roughly 10%, including dividends.

Examples from each category show how they differ: A BREP fund bought Las Vegas’s unfinished Cosmopolitan hotel in 2014 for $1.9 billion and spent an additional $488 million to turn it into a trophy destination now worth much more. By contrast, BREIT owns approximately 60,000 units in multifamily buildings, which it purchased for their steady rental income.

The firm’s ties to huge institutional investors give it an important edge. By raising gigantic funds, Blackstone is able to purchase large holdings in a single stroke. In effect, Blackstone can bid on properties that smaller players can’t, and often gets a discount as a result. “If a $20 million office building is for sale, you might have 20 bidders,” says Tyler Henritze, head of acquisitions for the Americas. “When it’s a $20 billion deal, the competition is a lot more limited.” That discount, notes Jakub Nowak of brokerage firm Marcus & Millichap, increases the likelihood that Blackstone can sell those properties at a premium.

If a $20 million building is for sale, you might have 20 bidders. When it’s a $20 billion deal, the competition is a lot more limited.

Tyler Henritze, head of acquisitions for the Americas, Blackstone

Blackstone showed how effective its business model could be after it took two giant public companies, Hilton Hotels and Equity Office Properties, private in 2007. Unlike other investors at the time who saw their bets go sour in the Great Recession, Gray’s team secured long-term financing and built a large cash cushion. That enabled Blackstone to hold Hilton and EOP and invest in improving them despite the economic storms. The deals eventually earned the firm $21 billion in profit, and the cautious financial strategy is now a template for Blackstone’s big property deals.

Today Blackstone is narrowing its focus to what it calls “knowledge centers”—fast-growing cities that attract young professionals in droves. “We’re seeing a massive trend toward re-urbanization and gentrification,” says Caplan. High prices in many of these cities have cooled some investors’ enthusiasm—it’s harder to profit from rents when your purchase price is huge. But Caplan and McCarthy reckon that New York, Los Angeles, the Bay Area, Seattle, London, Berlin, and Stockholm will continue to generate outsize growth.

In these marquee cities, the firm isn’t relying on marquee projects. Blackstone is shunning retail and is highly selective about new office deals. Instead, multifamily rental housing is one of its favorite plays in these metros, where demand is strong and new construction is minimal.

Blackstone is garnering its biggest gains in a traditionally dreary yawn of an asset: warehouses. As e-commerce surges, McCarthy explains, inventories are shifting from store shelves to gigantic warehouses, which in turn need to be in proximity to millions of homes to ensure that deliveries arrive swiftly. That trend has turned distribution hubs in “last-mile infill” areas, within 15 miles of city centers, into coveted spaces—and Blackstone is gobbling them up. In 2019 alone, it bought nearly $25 billion worth of logistics properties.

The firm anticipates that rents for warehouses, now expanding at 10% or more a year on top properties, will grow much faster than for apartments and offices. And to snag top tenants, the company is improving properties with such additions as rooftop solar panels and extra parking, says Nadeem Meghji, head of real estate for the Americas.

The contrast between a low-slung, drab delivery hub and a glitzy Manhattan office tower could hardly be starker. But in real estate, glitz is often a distraction. “People still view warehouses as unglamorous, as a commodity,” Gray says. “They tend to look backwards.” To Blackstone, the future looks like a football-field-size logistics center in New Jersey.

A version of this article appears in the March 2020 issue of Fortune with the headline “Big Buildings, Big Bucks at Blackstone.”