‘A slower return to normal:’ Apple expects to miss revenue targets due to China’s coronavirus 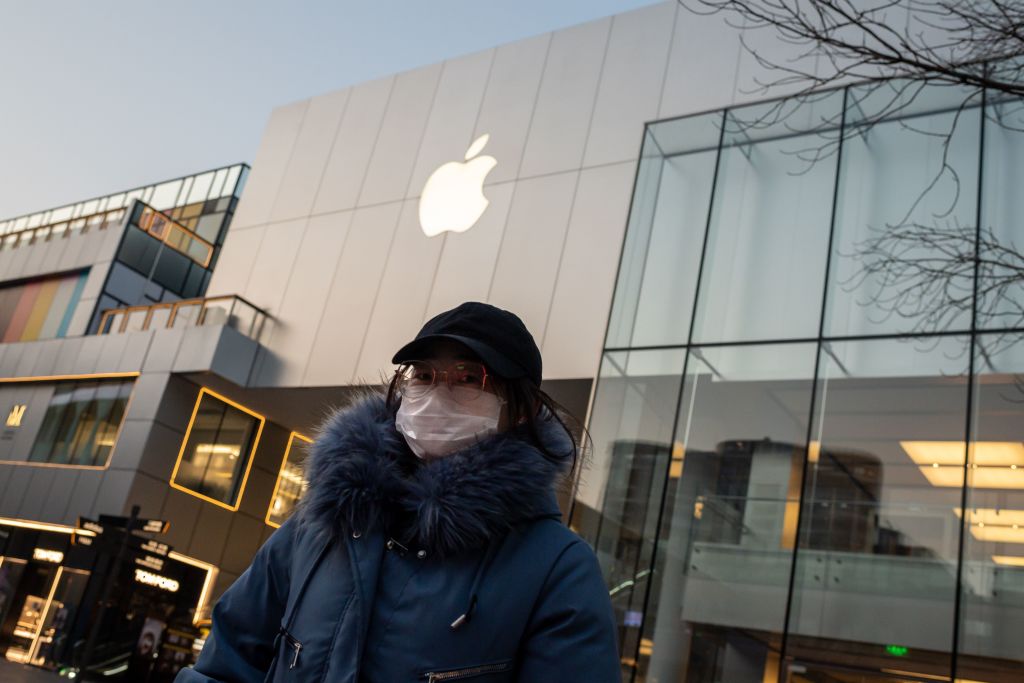 A woman wearing a protective facemask walks outside of a closed-off Apple Store in Beijing on February 3, 2020. - A virus similar to the SARS pathogen has killed more than 300 people in China and spread around the world since emerging in a market in the central Chinese city of Wuhan. (Photo by NICOLAS ASFOURI / AFP) (Photo by NICOLAS ASFOURI/AFP via Getty Images)

Apple Inc. doesn’t expect to meet its revenue guidance for the March quarter due to work slowdowns and lower demand due to the outbreak of novel coronavirus in China.

The company said that the iPhone, which generates the bulk of Apple’s revenue, is temporarily constrained due to production ramping up more slowly than anticipated. “Work is starting to resume around the country, but we are experiencing a slower return to normal conditions than we had anticipated,” the company said in a statement Monday. In addition, demand for iPhones has been reduced because stores in China have been closed or operating with reduced hours and few customers, the company said.

Apple had forecast revenue of $63 billion to $67 billion for the fiscal second quarter ending in March. Analysts on average estimated $65.23 billion, according to data compiled by Bloomberg. The company said in January when it announced its guidance that it anticipated factories reopening beginning Feb. 10. That process however has been slow as factory workers and manufacturing partners look to contain the virus, which has resulted in about 1,800 reported deaths in China, from spreading further.

“This is the double-edged sword of being in China,” said longtime Apple analyst and Loup Ventures co-founder Gene Munster. “They’re the only big company with China exposure, so they are working through the pain of what has largely been a success for the company over the past decade.” The Cupertino, California-based technology giant said that, outside of China, products and services sales have been “strong to date and in line with our expectations.”

Apple didn’t say what its new revenue outlook is for March but that situation is “evolving.” The company said it will share more information during its April earnings call.

Apple had been planning to start producing a new low-cost iPhone in February, putting it up for sale as early as March, Bloomberg News has reported. It’s unclear how coronavirus has impacted those plans.

The company said that despite missing its guidance, all of its manufacturing sites for iPhones in the region have reopened. In addition to iPhone constraints, the company cited its inability to sell products at its retail and partner stores in China due to the virus. China represents Apple’s third-biggest market in terms of revenue and has 42 stores, which have have been closed for much of February.

“Stores that are open have been operating at reduced hours and with very low customer traffic,” Apple said in its statement. “We are gradually reopening our retail stores and will continue to do so as steadily and safely as we can.” Apple said its contact centers and corporate offices in China have already reopened. It has opened a few stores in China, including in Beijing and China, but with limited operating hours.