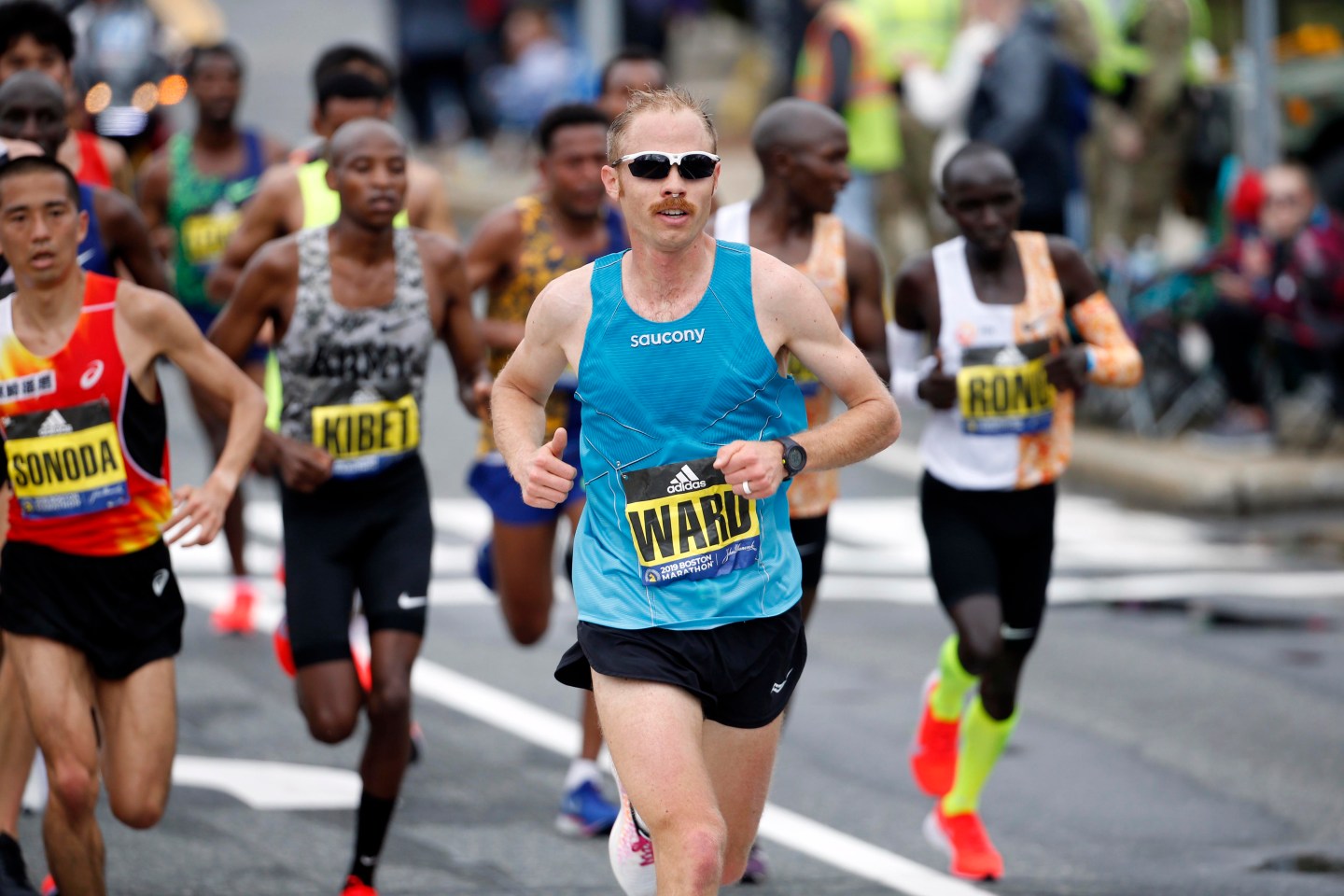 Jared Ward has a lot on his mind these days.

At the end of February the 31-year-old marathoner will be running in the trials for the U.S. Olympic team, for a chance to represent the nation at the Tokyo games this summer. As the top American finisher in the last two NYC Marathons, and the sixth-place finisher in the last Summer Olympics in Rio, the dad of four is well positioned for a run at the tape.

But Ward also has a side venture occupying his headspace: The Meteor.

It’s a heated, vibrating massage sphere, about the size and look of a rubberized softball. It’s made by the company MyoStorm, founded by former track teammate Shaquille Walker and mechanical engineer Jonothan DiPeri, who brought on Ward as an early investor, researcher and ambassador.

Since no one can afford to have a masseur hanging around 24/7—not even one of the world’s most elite marathoners—it’s a handy device to charge up and have in your workout bag, to soothe athletes’ sore muscles.

Having first launched on Kickstarter back in 2018, the product’s rollout has been, well, meteoric, with 16,000 units sold already (currently offered at $149 a pop). Since Ward is very familiar with extreme personal challenge, he has been able to apply the lessons of his running life to the business world.

“The marathon is a good analogy for a lot of big-picture goals,” says Ward, also an adjunct professor in statistics at Brigham Young University in Utah. “You’re trying to get out as quickly as possible, be strategic in how you’re spending your time and resources, and have a long-term view of your trajectory.

“The race isn’t just about the next mile, it’s also about how that mile sets up for the one after that. You have to manage things right in the present, to be prepared for the future.”

The product got wide visibility when its creators were invited on the popular ABC show Shark Tank in 2019. The pitch was almost too successful, with multiple sharks jostling to be a part of the venture, including Mark Cuban and Kevin O’Leary.

“Before we walked onto set to pitch to the sharks, it was oddly like the runner’s bullpen before being marched out onto the track for race,” says Ward. “You know what’s coming, and it’s minutes away, but by that point there’s nothing else you can do.” The team opted to partner with longtime QVC personality Lori Greiner, who is currently doing due diligence on the numbers before striking a final deal.

“Recovery products are one of the few bright spots in the world of health and fitness equipment,” says Matt Powell, senior industry advisor for sports at market research firm The NPD Group. “If this ball performs as stated, it could be a winner.” One challenge, he notes: The presence of competing products on the market. The Hypersphere from the company Hyperice, for instance, is selling at the same price point.

Just like any marathon, the road to business success has not always been a smooth one. While in a race you can control most factors—your preparation and fitness level, or your pace—in the corporate world, there are some variables you can’t always control.

To wit: Supply-chain issues. When their manufacturers in China weren’t able to deliver Meteors by early December, as promised, that meant some holiday chaos.

“We ended up being able to air-freight three-quarters of those presales and have them delivered by Christmas, but some people only got them a day or two afterwards,” says Ward. “Dealing with the customer-service aspect of 2,500 people disappointed that the Meteor didn’t come on time for Christmas, was very emotionally draining.”

Business-world challenges don’t seem to have taken away from Ward’s training focus, though. He just set a personal best for the half marathon in Houston, at a blistering 1:01:36, and says he can’t remember having a “more consistent build” for a big race—in this case, the coming Olympic trials in Atlanta.

But while marathoning may appear like a solitary venture—out there pushing the limits of human endurance, like Kenyan Eliud Kipchoge’s recent breaking of the two-hour marathon barrier for the first time in history—Ward is fascinated by team dynamics, inspired by the work of management consultant and author Jim Collins.

“It’s all about taking a team that’s good and making them great, like our BYU cross-country team that just won the national championship,” he says. “In running and in business, getting the right people on your team is huge.”