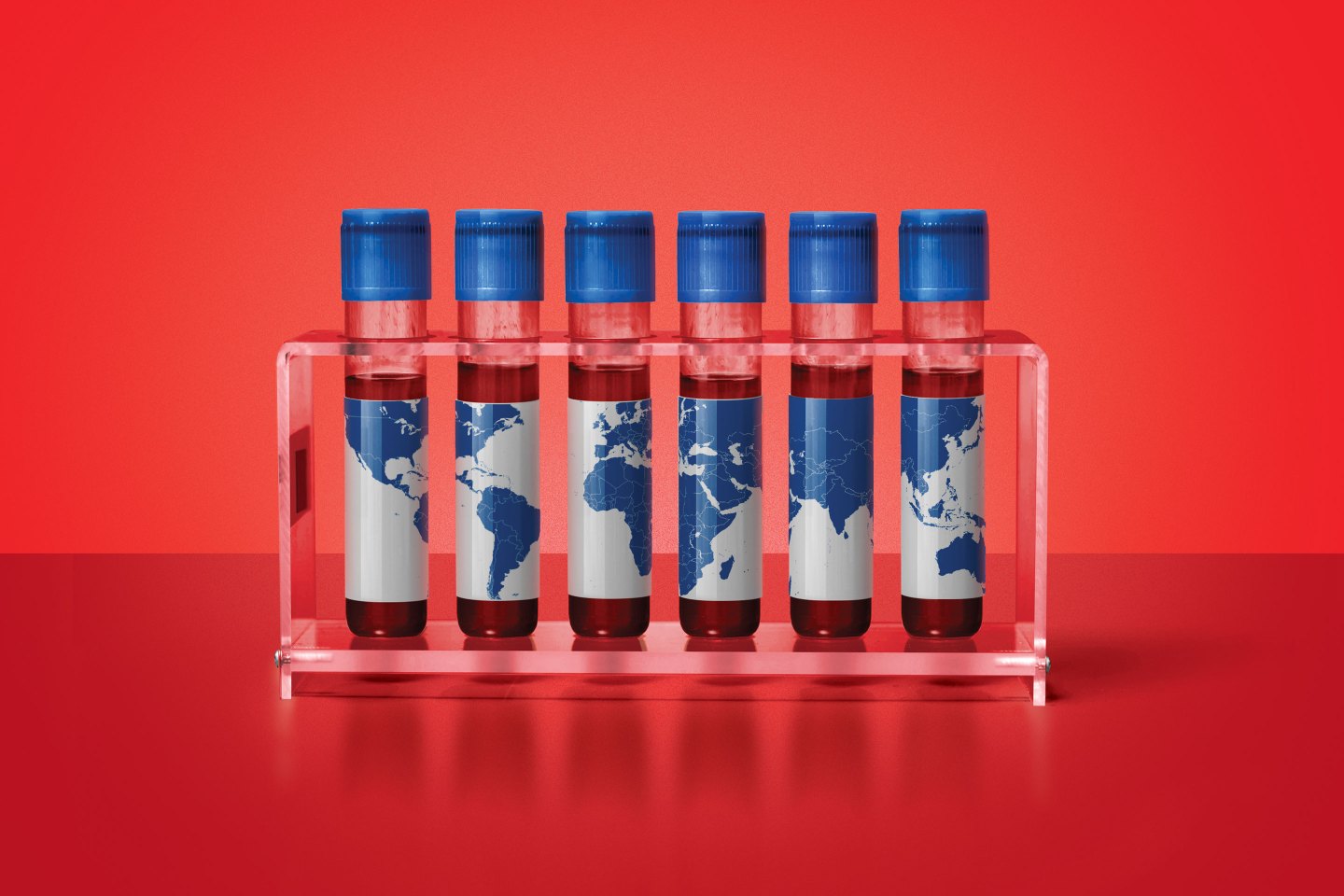 A lot has changed in the weeks since doctors in Wuhan, China, noticed a cluster of cases involving a mysterious pneumonia-like illness. That illness—a virus thought to have spread from bats to another species before jumping to humans at one of Wuhan’s live-animal markets—has since traveled around the world with remarkable efficiency, infecting tens of thousands in dozens of countries. Hundreds have died. (So swift has this novel coronavirus’s journey been, that only recently was the disease given an official name: COVID-19.)

In that same time, Chinese scientists sequenced the pathogen’s genome and shared it online, triggering a flurry of work worldwide to beat the disease. Already, volumes of scientific papers have been published and multiple vaccines are in development.

Yet even at this fast-moving moment of international collaboration and in this high-tech age of artificial intelligence and genetic sequencing, the world’s most powerful and well-resourced governments have also resorted to some of the most blunt instruments imaginable: a mass quarantine of more than 50 million people in China and travel and visa restrictions in more than 70 countries. (Those draconian measures have had some high-tech twists: Speech-enabled drones operated by the police patrolling the locked-down streets of Wuhan; Uber drivers, as far from the hot zone as Mexico, have been alerted about potential virus-carrying passengers.) The World Health Organization, which repeatedly discouraged the curtailing of travel and trade, nonetheless recently classified the contagion as a Public Health Emergency of International Concern and said it holds a very grave threat for the rest of the world.

Michael Osterholm, Director of the Center for Infectious Disease Research and Policy, University of Minnesota

Businesses, meanwhile, are taking measures that are just as drastic. Some of the world’s leading airlines have announced they won’t be flying to China, home to more than 1.3 billion people and the globe’s second-largest economy, until at least April. Thousands of Chinese factories, dormant during Lunar New Year celebrations, have yet to reopen. Where does this extraordinary series of events leave us? In a sign that this may be the sort of black-swan event the business and investing worlds worry over, experts say they simply don’t know. Epidemiologists and economists alike have struggled to put numbers or context around what they’re looking at. Early efforts to benchmark this outbreak and its likely impacts against the 2003 SARS (severe acute respiratory syndrome) outbreak—also caused by a coronavirus—have been largely abandoned, given China’s larger role in the world economy, and COVID-19’s far more rapid spread.

“Trying to contain this is like trying to contain the wind,” says Michael Osterholm, director of the Center for Infectious Disease Research and Policy at the University of Minnesota. Like many epidemiologists, he suspects the aggressive measures to restrict movement will ultimately do little to stop the disease’s spread and may make things worse.

“I don’t know how long this is sustainable or productive,” says Amesh Adalja, an infectious disease specialist with the Johns Hopkins University Center for Health Security. “It could lead to more panic, more distrust, and make logistics difficult.”

Yanzhong Huang, a professor of international relations at Seton Hall University and a senior fellow for global health at the Council on Foreign Relations, argues the response has been disproportionate and suffered from some consequences of its execution—a severe shortage of medical supplies and beds in Wuhan, for example—but adds that the urgency of the situation forced China into extreme actions.

Whether or not global lockdown can stop the virus, the economic costs of the effort will be staggering. The wider Wuhan region’s workers, whose number more than doubles that of Malaysia’s 15 million workforce, are a vital part of the global supply chain for the automotive, electronics, pharmaceutical, and fashion industries (among others). Apple and Hyundai are among the companies that have already acknowledged disruptions to their supply chains, with the South Korean automaker suspending production at some factories owing to parts shortages.

“We have never seen anything like this,” says Yossi Sheffi, the director of MIT’s Center for Transportation and Logistics, of the outbreak’s potential. “China is a huge manufacturer of intermediate parts. Once you have factory closings, it will affect everybody.”

He notes some companies may be slow to realize that. “Supply chains are very opaque,” he says, pointing out that it took GM almost three months to realize that the 2011 Fukushima nuclear disaster had created supply issues for thousands of parts. (The company had initially estimated just 30 would be affected.)

Ron Keith, who runs a supply-chain consultancy and services firm, says the outbreak has the potential to be “catastrophic” for the electronics industry should Chinese factories not resume work in the coming days.

“What we see now is only escalation,” says Mirko Woitzik, an analyst with the risk intelligence firm Resilience360, who says the fluid situation makes it difficult to assess the likely impact. “We haven’t even reached a peak yet.” He ticks through the many challenges presented by the outbreak: quarantined workers, parts stranded at ports, trucks idled at checkpoints. “Basically you don’t know if you can produce tomorrow” he says.

Todd Lee, an economist with IHS Markit, estimates the total cost of the outbreak to the economy will range from $90 billion to $270 billion, depending on when it subsides.

Of course, a more significant human catastrophe may be in store should the coronavirus continue its quick spread around the world. Infectious disease specialists like Osterholm and Adalja say that’s a scenario we should be prepared for. How we handle it, they say, depends on the severity of the virus—something that’s a subject of ongoing study and debate. (It was recently estimated to kill 1% of those infected; by comparison, the seasonal flu kills 0.1%.) Adalja expects it may ultimately circulate like a seasonal flu, albeit a potentially more dangerous one. That is not unprecedented, though, he adds, noting we currently live with several viral respiratory diseases that can cause severe disease and “come out of nowhere.”

That requires a heightened state of readiness and more investment in research, preparedness, and prevention, says Adalja. “Coronaviruses have been on our radar since SARS, and 17 years later we have no vaccines and no anti­virals against them.”

That fact has been lamented by many in the public health community who note that interest and funding to develop such crucial medicines—which are unlikely to be big moneymakers—tend to fade away as soon as the threat has passed. Indeed, that’s what happened to an effort led by Peter Hotez of Texas Children’s Hospital to develop a SARS vaccine. It got as far as animal models before the money dried up.

To prevent another outbreak, Adalja argues health officials need to become much more diligent about diagnosing unexplained infectious disease, even the seemingly mild sort: “You never go to the oncologist where they say you have cancer, but we don’t know what kind,” he says. “But we do that all the time” with infections like pneumonia and bronchitis. Adalja calls the untested sources of such infections “biological dark matter,” evoking the mysterious material that makes up 85% of the universe. For the global economy, that viral dark matter could be the source of future black swans.

Estimated cost of SARS outbreak in 2003

A version of this article appears in the March 2020 issue of Fortune with the headline “The Grim Business of Containing an Outbreak.”