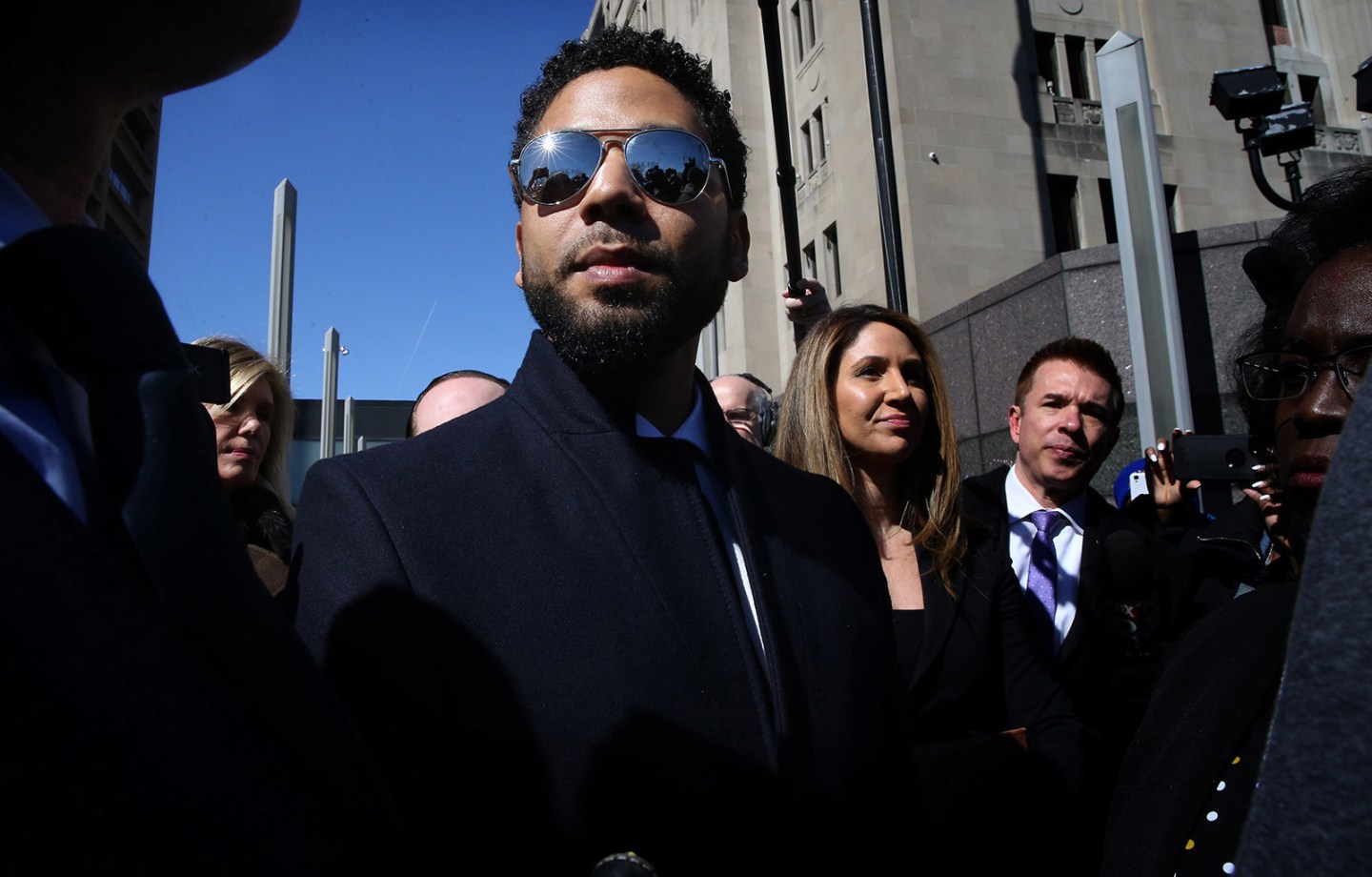 The charges stem from Smollett’s assertion that he was the target of a racist and homophobic attack in January 2019. Special prosecutor Dan Webb issued a statement announcing the indictment.

Smollett, who is black and gay, was originally charged the following month with disorderly conduct for allegedly staging the attack and lying about it to investigators. The charges were dropped in March 2019 with little explanation, angering police officials and then-Mayor Rahm Emanuel.

Cook County Judge Michael Toomin in August appointed Webb, a former U.S. attorney, as a special prosecutor to look into why the charges were dropped. Webb was also charged with looking into whether Foxx’s calls with a Smollett relative and an ex-aide of former first lady Michelle Obama unduly influenced the decision to drop charges. Foxx recused herself from the case but continued to weigh in.

Smollett told police he was walking home early on Jan. 29, 2019, when two masked men approached him, made racist and homophobic insults, beat him and looped a noose around his neck before fleeing. He said his assailants, at least one of whom he said was white, told him he was in “MAGA country” — a reference to President Donald Trump’s campaign slogan, “Make America Great Again.”

Several weeks later, authorities alleged that Smollett had paid two black friends $3,500 to help him stage the attack because he was unhappy with his salary as an actor on “Empire” and wanted to drum up publicity for his career.

—Ava DuVernay on the “radical act” of black love in OWN’s Cherish the Day
—How history-making wins for Parasite and The Farewell can shift Hollywood’s diversity narrative
—Summertime director and cast on crafting a “love letter” to Los Angeles
—The best movies that came out of the 2020 Sundance Film Festival
—HBO’s McMillion$ shows how cheaters scammed McDonald’s Monopoly game
Follow Fortune on Flipboard to stay up-to-date on the latest news and analysis.