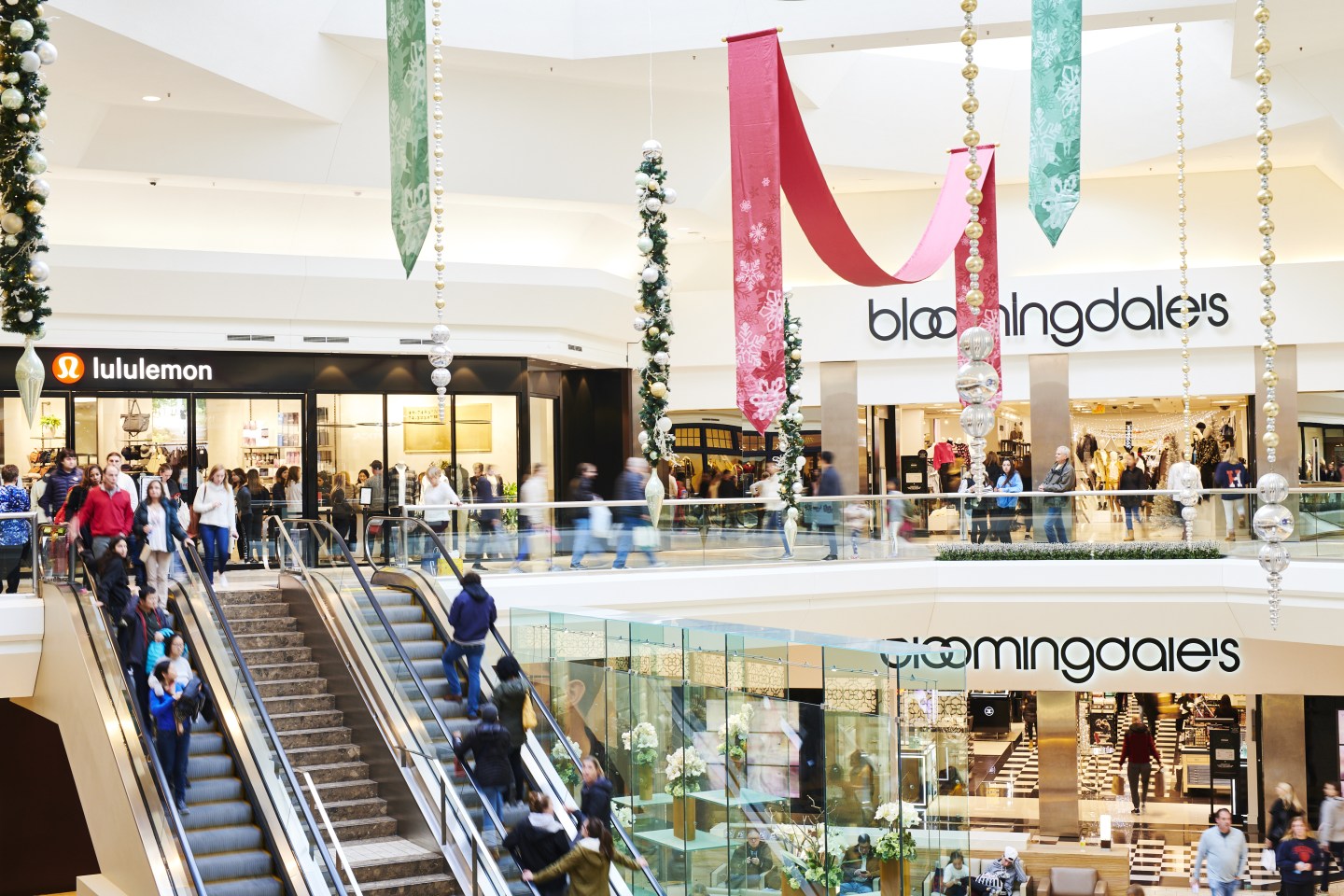 Simon Property Group, the largest U.S. mall operator, has been out shopping again.

On Monday, the company, founded in the 1960s by a trio of brothers just as suburbanization was fostering the growth of malls, said it was buying its much smaller rival Taubman Centers in a $3.6 billion deal that will strengthen its hold on the high-end mall business.

Over the years, Simon built itself into a mall behemoth via a number of acquisitions, including its $6 billion 1998 blockbuster deal for Corporate Property Investors (CPI). Simon has 233 malls, outlets, and other properties in North America, Europe and Asia, valued by Green Street Advisors at about $100 billion.

The real estate investment trust has taken two previous runs at Taubman, a mall operator founded by a rival real estate family in 1950, with a heavier concentration in high-end malls, including Short Hills in New Jersey, home to a Nordstrom and a Neiman Marcus.

The Taubman acquisition underscores how much the high end—challenged as it is, too—is a safer haven in the mall industry, and for Simon, it offers a new source of growth amid a radical reshaping of retail.

Simon has been deft at navigating the turmoil in the mall world in the last decade: the implosion of the department store sector, the struggles of specialty apparel players like The Gap and Victoria’s Secret, and the rise of e-commerce that has hurt in-store visits.

It acted earlier than other REITs to shed its weak malls, doing so more than a decade ago, and Simon has been continually repurposing space left vacant by department stores like J.C. Penney, Sears and Macy’s closing, replacing them with chains like Whole Foods Market or renovated food courts. (Last week, Macy’s said it was closing 125 more stores.)

Simon currently has 15 former department store redevelopment projects underway, and said last week that sales per square foot at its U.S. malls and outlet centers rose 4.8% to $693 in its most recent quarter, compared to a year earlier. Its centers were 95.1% occupied, a slight increase. Simon executives told Wall Street analysts last week that it has already re-leased approximately 60% of the space vacated by 2019 tenant bankruptcies.

Still, anxiety about the seemingly endless stream of retail bankruptcies, many by mall-based companies, or ongoing declines at mall fixtures like Banana Republic have pressured Simon’s stock and led it to look for new sources of growth. Those same pressures have decimated Taubman’s shares (which were trading at $26.24 only 10 days ago, a post financial crisis low, and will be bought by Simon for $52.50), making this long sought after acquisition easier for Simon. (Forever 21, the bankrupt fast fashion retailer, was Taubman’s biggest tenant before it sought Chapter 11 protection, according to Bloomberg.)

In recent years, Simon has sought to diversify its holdings, taking up stakes in retailers like Aéropostale and flash sales site pioneer Rue Gilt Groupe, and is bidding with two other companies for Forever 21 in a bankruptcy auction. But its bread-and-butter business is malls, and Simon needs to shore up that part of its business.

In 70-year-old developer Taubman, Simon will get 24 higher end centers, including the  Beverly Center in central Los Angeles, which recently got a $500 million renovation. The battle to upgrade malls can reach arms race levels: Westfield Corp (itself bought in 2018 by France’s Unibail-Rodamco) spent $1 billion revamping the Century City Mall in Los Angeles, a project completed in 2017. The Taubman family will keep a 20% stake in its real estate holdings.

Ultimately, the deal will strengthen Simon, as well as Taubman’s properties. When reports of potential Taubman deal surfaced, Green State said in a research note Friday that Simon “has an unrivaled platform and scale in the U.S. mall industry” to cut costs and invest in the properties. And in doing so, Simon can strengthen its moat against the retail forces decimating countless U.S. malls.

—Why China is still so susceptible to disease outbreaks
—The rich own stocks, the middle class own homes. How betting it all on real estate is a wealth gap problem
—Bakkt aims to turn your rewards points into a wallet you can spend anywhere
—Stock scammers are using the coronavirus outbreak to dupe investors, SEC warns
—WATCH: Why CEOs are pessimistic about 2020 business outlook