Trump is proposing nearly $3 billion in additional funds for a 2024 moon landing. Will it be enough? 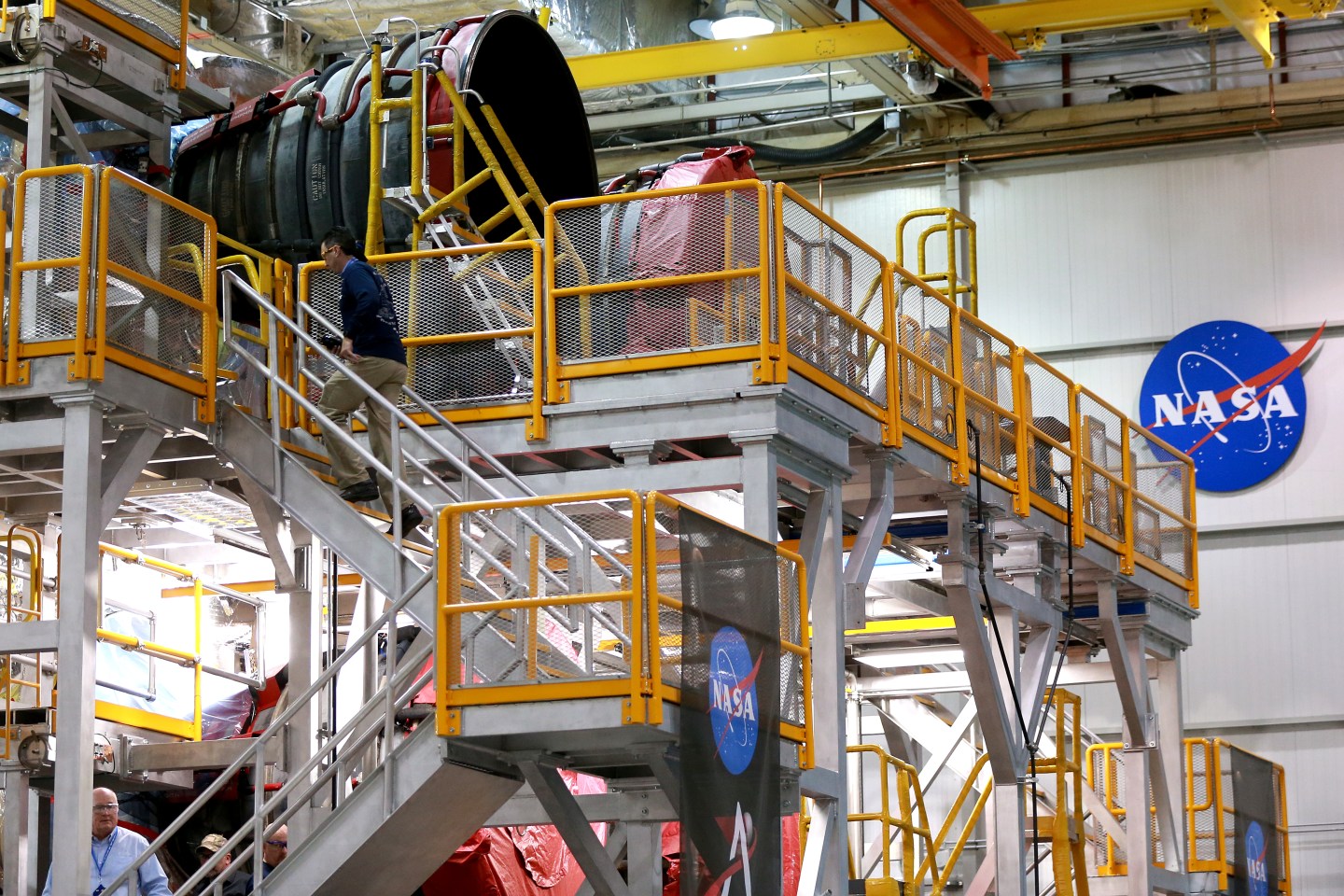 A view of the Space Launch System (SLS) complete core stage for Artemis 1 Moon mission during Artemis Day at the NASA Michoud Assembly Facility on December 09, 2019 in New Orleans, Louisiana. Artemis 1 is the first in a series of complex missions that will enable human exploration to the Moon and Mars.
Sean Gardner—Getty Images

At $25.2 billion, the next fiscal year’s NASA budget would be its fattest in years. Most of the nearly $3 billion is earmarked for Artemis, a lunar exploration program that aims to land a man and woman on the moon in 2024 as a “testbed” for exploring Mars.

“If the President’s support for NASA wasn’t clear before, it sure is now,” NASA administrator Jim Bridenstine said during an event Monday unveiling the budget.

In June 2019, Bridenstine told CNN Business that the U.S. space agency would need an estimated $20 billion to $30 billion (on top of that year’s budget of $21.5 billion) over the next five years for Artemis.

On the surface, Bridenstine’s goal is about to be reached.

The 2020 fiscal year’s $22.6 billion budget—plus Trump’s proposed 2021 bump—equals the $4 to $6 billion boost he said NASA needed. But this would involve the request being passed by Congress, which, critics contend, would only dig a nearly $50 billion, NASA-shaped hole deeper.

Even as NASA uses the money to develop Orion, a deep-space capsule, and the Space Launch System (SLS), a heavy-lift rocket, the fact remains that the last Apollo mission was nearly 48 years ago. Lawmakers may see NASA’s lack of a moon landing since Apollo 17 in 1972 as not justifying taxpayers’ investment.

And given that Trump’s 2021 budget would slash both civilian and foreign aid programs, both Democratic and Republican lawmakers may find reasons to shoot it dead in the water.

“It’s one thing to have the support of a presidential administration, but it’s another to have the support of the actual appropriators of the funding,” Laura Forczyk, space scientist and founder of space consulting firm Astralytical tells Fortune. “At this point, we have not seen Congress being willing to fund Artemis the way they have indicated they need.”

In January, two weeks before the 2021 budget proposal, a House subcommittee on space produced a NASA authorization bill that would somewhat derail Artemis’s efforts, questioning the construction and ownership of its lunar lander and, ultimately, moving the initiative’s goalpost to Mars rather than the moon.

“I am concerned that the [House] bill imposes some significant constraints on our approach to lunar exploration,” Bridenstine responded in a blog post.

Despite everything hobbling Trump’s proposal, Forczyk still sees it as major step forward, comparing it to the Space Exploration Initiative, the George H.W. Bush administration’s push to land humans on the moon and Mars; and the Constellation Program, which promised to return to the moon by 2020 before shuttering in 2009, as “great programs that were not funded.”

But we landed on the moon in 1969, one might say. Why don’t we have the proper technology in 2020? The answer is because Artemis wants to use the moon as a stepping stone to Mars.

“The goal is not to repeat Apollo. Nobody wants to do that,” Forczyk explains. “We want to be able to test the new technology we developed on the moon.”

Congress has been skeptical of a number of Trump’s space initiatives, including attempting to turn the International Space Station (ISS) into a commercially-run, profit-seeking venture (which Trump reiterates in his 2021 federal budget request) and zeroing out funding to the station entirely in his 2019 budget request.

Plus, “We have not seen Congress being willing to fund NASA that much above and beyond what it already gives [them],” Forczyk says, calling the process “a real uphill battle.” (NASA budget reports in recent years show incremental growth of roughly 1 billion per year, and only in 2021 would NASA scrape 0.5% of the total U.S. budget.)

According to a NASA press teleconference Monday, NASA will be testifying before the House Committee on Appropriations beginning in March, “possibly into April,” and hopes its appropriations bills will be approved by August or September 2020.

But let’s say lawmakers do the unlikely and accept Trump’s proposal. Nearly $3 billion is already above and beyond, and besides, the U.S. is in an election year.  Will this threaten the Artemis program?

“I think that the leadership in both the House and Senate have stated that they are committed to moving all 12 appropriations bills through the [Senate] Floor by September,” Mary Kerwin, NASA’s deputy chief financial officer for appropriations, told Fortune during the conference. “It is certainly possible that the bills could be conferenced and enacted before the election.”

“We’re enjoying bipartisan support for this effort,” Deputy Administrator of NASA Jim Morhard tells Fortune. “NASA was set up to expand knowledge for all humankind. That hasn’t changed. And we’re continuing to do that. It’s not just in human exploration. It’s in science, it’s in aeronautics, and it’s developing new technologies. That’s our strategy. We’re trying to help everybody, and it’s not just the United States. We’re trying to help the world. That’s how this was set up in 1958 and we continue to do the same thing today.”

If President Trump is reelected, will he be able to pull off the feat enough times to grant the needed $20 to $30 billion? If 2021 brings President Sanders, Biden, Buttigieg, or Warren, will any of them be as gung-ho about interplanetary travel?

“Sanders’ NASA plan is definitely Earth first,” The Hill wrote in 2019. “When someone like Elizabeth Warren gets elected, what [is Artemis] going to do?” a source asked Ars Technica the same year. “Are they going to say ‘We love the Trump space idea’? Hell no.” Biden and Buttigieg have said little about space on the campaign trail.

Trump is bound to bluster more and more about “America’s manifest destiny in the stars,” as he put it during his recent State of the Union address.

But Congress’s reticence to humor his space dreams—and the 2020 election throwing NASA’s future in the air—may make Artemis fire a blank rather than a moonshot.