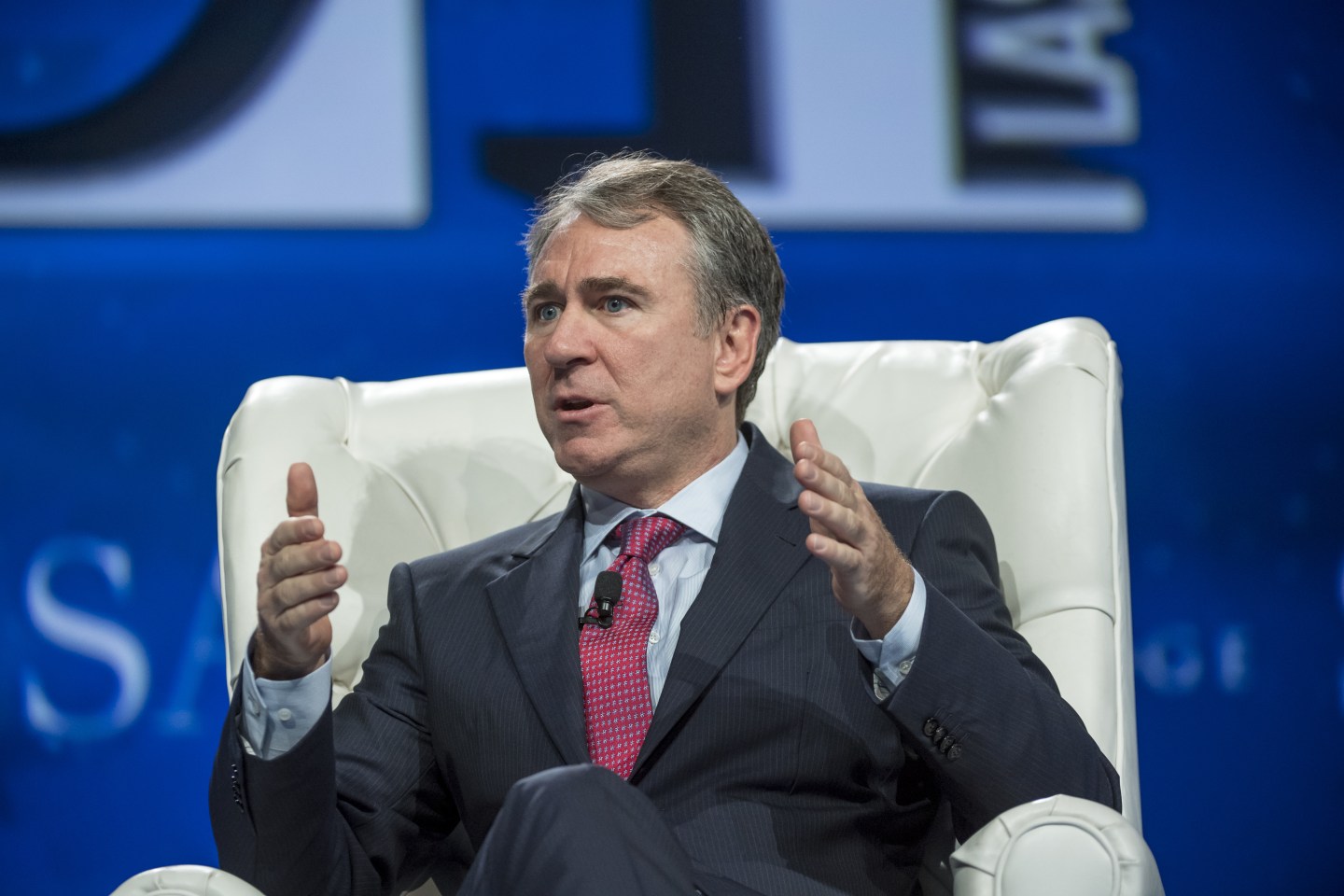 Even if the U.S. and China signal that they are willing to resolve the trade war, the strained relationship that has resulted from the back-and-forth could cost America its global tech crown, warned Citadel CEO Ken Griffin during an event hosted by the Economic Club of New York Thursday.

“I think that is going to be the greatest cost of this trade war,” he says. “We are now going to see a bifurcated stack—the United States and our allies having one set of technology solutions and China and its allies having a second.”

The talk comes after China and the U.S. signed “Phase 1” of a trade deal mid-January, paving the way for a resolution after a year-and-a-half-long trade war between the world’s two largest economies. On Thursday, China cut $75 billion in tariffs on U.S. imports in an effort to reciprocate cuts announced by the Trump administration.

Over the course of the trade war, Griffin, who was recently in that country, says China has changed its way of looking at the U.S. and the relationship is now a more adversarial one. He notes that aggressive moves from U.S. against Chinese tech companies including telecom equipment provider Huawei, have compounded a sense in the world’s second largest economy that U.S. technology cannot be depended upon.

In particular, the U.S. has raised the alarm on several Chinese tech companies, blacklisting Huawei in May over concerns that its products could be exploited by the Chinese government to spy on Americans.

China held ambitious goals of becoming more technologically self-reliant for a while now. And the recent trade war deals don’t appear to have dampened those goals: the Chinese government laid out plans to continue lowering dependence on foreign goods last month, saying the nation aims to boost reliance on domestic key components—such as chips and controlling systems—to 75% by 2025, per the South China Morning Post.

On Thursday, Griffin painted a picture of a grim future in which commercial technology could take on restrictions not unlike those currently faced by the aerospace and defense sector.

“Compounding the problem: Where are some of the most advanced chips made today? They are made in Taiwan,” he says. “If Taiwan has to pick a country in which orbit they will be in economically, we know where that is going to fall.” He pointed to South Korea as a major technology hardware maker that may also be forced to choose sides.

And even as the U.S. seeks to ban Huawei products, “traditional allies” in Europe have not followed its those footsteps, with the U.K. allowing Huawei a limited role in the country’s 5G network—a sign of shifting world powers, he says.

Through all this, America may be resting on its laurels, says Griffin.

“The frustration I have in Washington D.C. is this sense of American supremacy in this realm,” he added. “‘The Chinese will never catch us’—I think this is a completely false sense of security…We’ve taken a real setback in the ability of the United States to continue to maintain its really unparalleled position as the world’s provider of technology.”

“Phase 1” of the trade deal signed in January aimed at a broad set of issues from agriculture to manufacturing. Among other things, China agreed provide stronger legal protection for intellectual property (something the tech sector did ask for), and also agreed to increase purchases of American goods and services by $200 billion over the next two years. But it did little to address the issues at the heart of the tech battle between China and the U.S.—which include concerns about cyber espionage by state-sponsored tech companies as well as the race for dominance in 5G.

—All of your questions on filing taxes in 2020, answered
—Trying to make sense of Tesla’s unbelievable run
—Inside the A.I. startup that’s transforming activist investing
—Stock scammers are using coronavirus to dupe investors, SEC warns
—WATCH: Biggest investing opportunities and risks for 2020