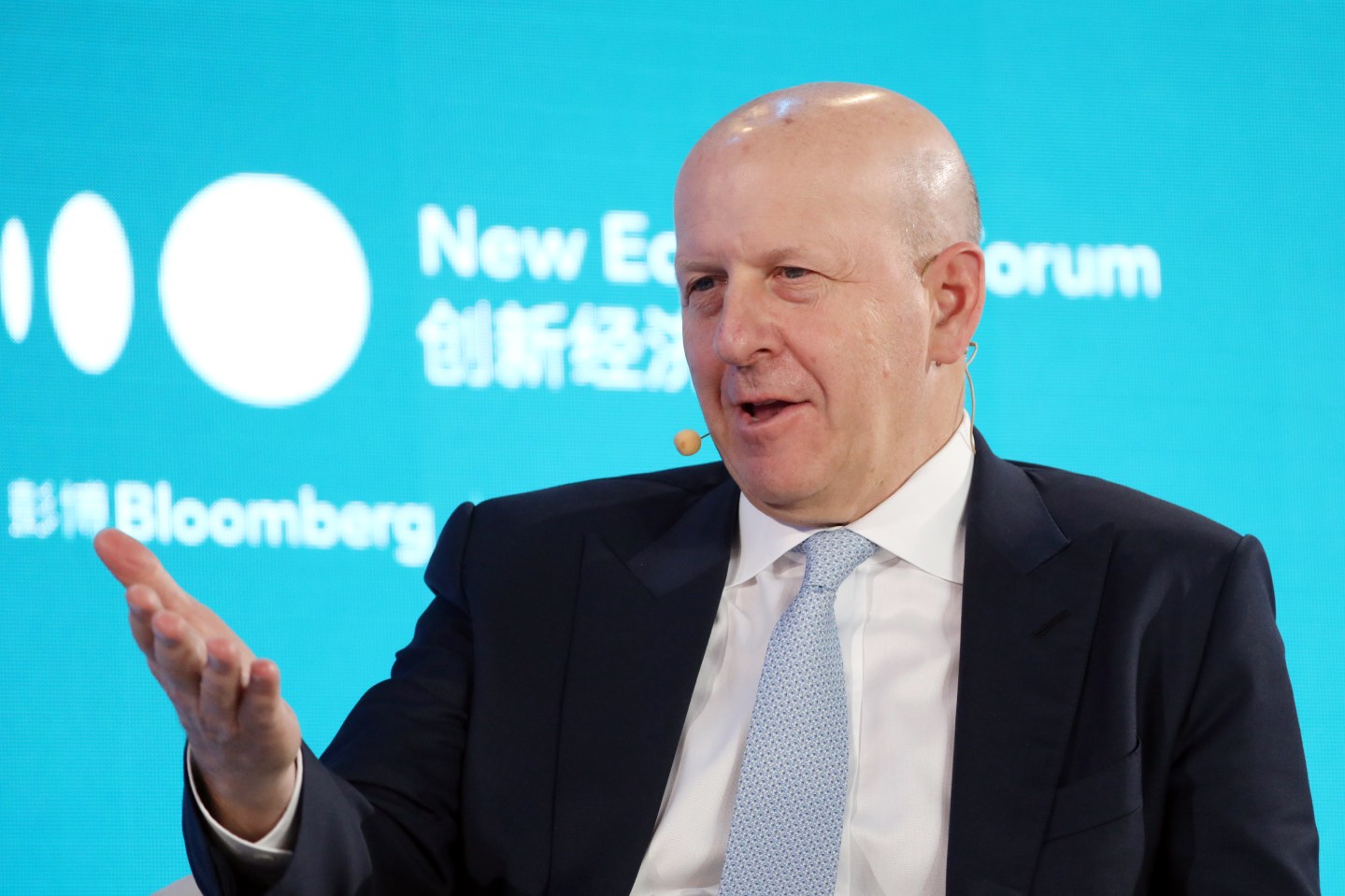 Goldman Sachs CEO David Solomon said on Thursday that the bank would refuse to take a company public unless it had at least one “diverse” board member.

The initiative will start in July in the U.S. and Europe, Solomon said at the Global Economic Forum in Davos, Switzerland. The initial requirement will be one board member, but the bank will move toward two in 2021.

“IPOs are a pivotal moment for firms,” Solomon told Fortune in Davos. Diversity in the boardroom “matters for performance,” he said, citing the four women who currently sit on the bank’s own 11-member board.

WeWork was a high-profile culprit of the all-male board trend; its initial IPO filing listed a board made up of seven men. It should be noted that Goldman was one of the investment banks that would’ve led WeWork’s IPO, had it not been pulled amid questions about the co-working space’s valuation and governance. On Tuesday, Solomon said WeWork’s cancelled IPO was an example of the listing process working as it should.

In an earlier interview with CNBC, Solomon said that in the past four years, the public offerings of U.S. companies with at least one female director performed “significantly better” than those without.

Going public with an all-male board is not all that uncommon. In August, Fortune reported that roughly 40% of the 100 companies that IPOed between January 2019 and mid-August had done so with only male board members, according to Pitchbook data. That stat was on par with slightly older research from Equilar that looked at IPOs dating back to 2015 and found that just 60.5% of companies had at least one female director. On Thursday, Solomon said 60 companies in the U.S. and Europe had recently IPOed with all-male boards that were also all-white.

Solomon said Goldman wouldn’t just issue this edict; it would use its resources and global reach to help firms identify female board candidates. He said the initiative overall is aimed at “accelerating” a trend toward more diverse boards that is developing too slowly on its own.

Goldman’s announcement came against the backdrop of the World Economic Forum, where an earlier panel discussion on Thursday had touched on the merits of gender quotas for corporate boards. The U.S. is a notable holdout from the trend that’s seen laws mandate women’s representation on boards in countries like Italy, Germany, and France.

At the event on Thursday, France’s Minister of Labor Muriel Pénicaud touted the progress her country has made since introducing a quota in 2011. At that time, women made up 10% of board members. That share has now hit 43%, meaning it has surpassed the 40% goal. France has also introduced an equal pay law. Pénicaud said such measures are “tools of action.”

“If it’s not moving enough, we will move another way,” she said. “We are very practical.”

To be fair, the U.S. has tiptoed into the quota trend, but not via Washington. California this year enacted a law that requires public companies to have at least one female director. But amid the lack of federal action, some influential players in the private sector—a group that now includes Goldman—have introduced measures to nudge companies toward more diversity. Investors BlackRock and Vanguard, for instance, are using their voting power to pressure companies with all-male boards to add women.

At the World Economic Forum on Thursday, Finland’s new 34-year-old Prime Minister Sanna Marin was asked why gender quotas are needed if the business case for diversity has already been made. “There are people behind businesses,” she said. Therefore, “businesses don’t always work in a logical way.”

—The World’s Most Admired Companies in 2020
—A.I. in China: TikTok is just the beginning
—China braces for a deadly new virus as millions travel for Lunar New Year
—CEOs more pessimistic about global economy than they’ve been in 8 years
—U.S. brands think they understand China’s market, but they don’t