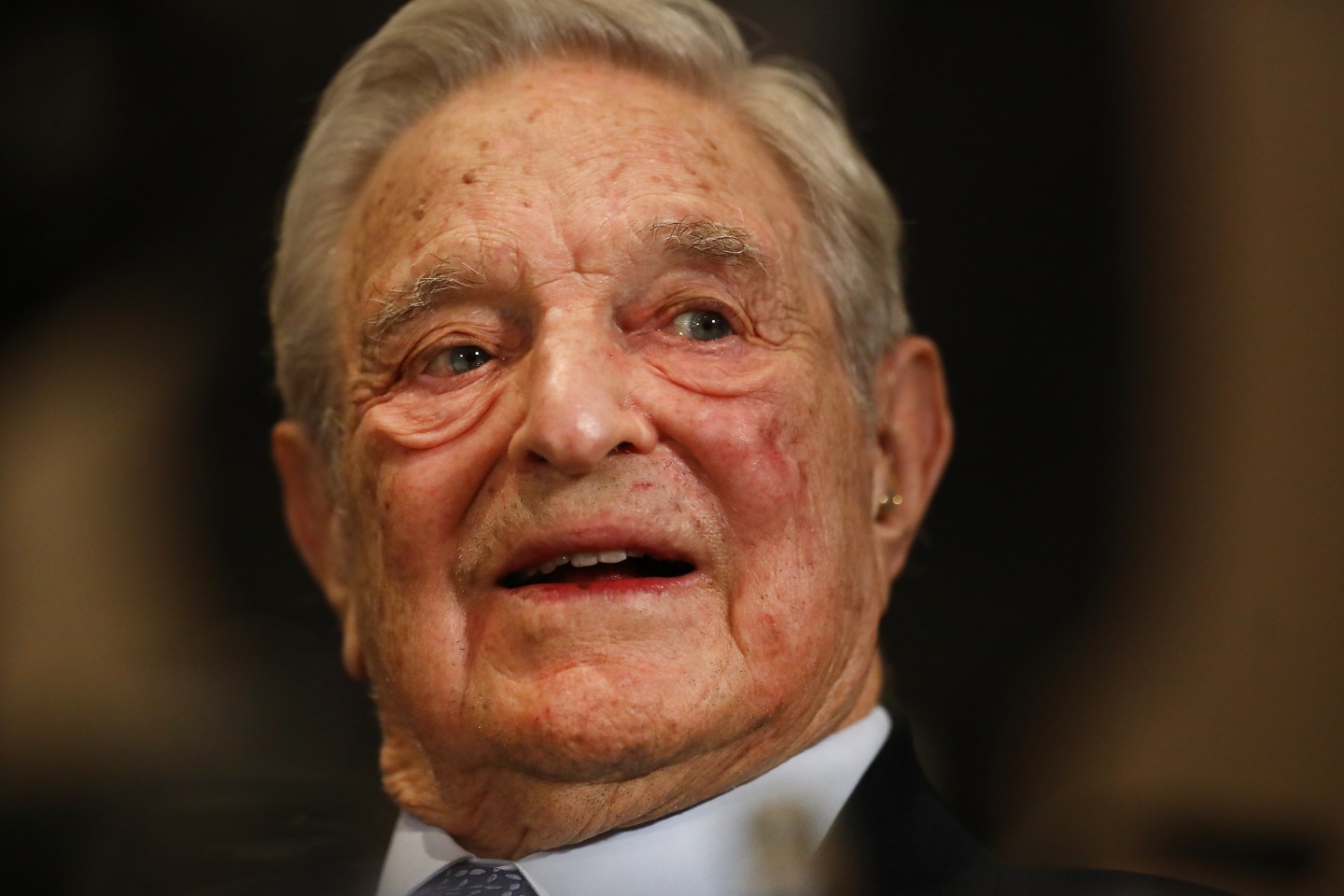 Billionaire George Soros said he will commit $1 billion to start a global university to fight authoritarian governments and climate change, calling them twin challenges that threaten the survival of our civilization.

The Open Society University Network will offer an international platform for teaching and research, the 89-year-old said Thursday at the World Economic Forum in Davos, Switzerland. The university will be launched through a partnership of the Soros-backed Central European University and Bard College.

“As a long-term strategy our best hope lies in access to quality education, specifically an education that reinforces the autonomy of the individual by cultivating critical thinking and emphasizing academic freedom,” Soros said.

In his speech and a follow-up question and answer session, Soros covered a wide-range of issues, including the “overheated” U.S. economy, the dominance of Facebook Inc. and the autocratic rule of Xi Jinping, Narendra Modi, Jair Bolsonaro and Donald Trump, who he called a “con man and the ultimate narcissist.”

“Taking into account the climate emergency and worldwide unrest, it’s not an exaggeration to say that 2020 and the next few years will determine not only the fate of Xi and Trump, but also the fate of the world,” he said.

Soros also once again criticized Facebook for its failure to police the social media network.

“There’s nothing to stop them, and I think there is a kind of informal mutual assistance operation or agreement developing between Trump and Facebook,” Soros said. “Facebook will work together to re-elect Trump and Trump will work to protect Facebook.

Trump, he said, is responsible for overheating the economy. “An overheated economy can’t be kept boiling for too long,” he said.

Soros has hit on these themes in previous Davos speeches. Last year, the philanthropist warned of the “mortal danger” of China’s use of artificial intelligence to repress its citizens under the leadership of Xi, whom he called the most dangerous opponent of democracies.

He has also lashed out at social-media giants including Facebook and Google, saying they need to be regulated. Last year he compared them to gambling companies that foster addiction among users and said that they exploit the data they control.

Soros has become a lightning rod for his political views and philanthropic efforts. A longtime supporter and financial backer of progressive causes and Democratic politicians, he’s become a target of right-wing activists.

Soros closed his hedge fund and converted his firm into a family office. The $25 billion Soros Fund Management now mostly manages money for the Open Society Foundations, a worldwide network of philanthropies.

—The World’s Most Admired Companies in 2020
—Fertility Inc.: Inside the big business of babymaking
—A.I. breakthroughs in natural-language processing are big for business
—Industry standouts: The companies most admired by the business world
—The forces behind Boeing’s long descent