‘Catching up with the rest of world:’ China sets bans on single-use plastic 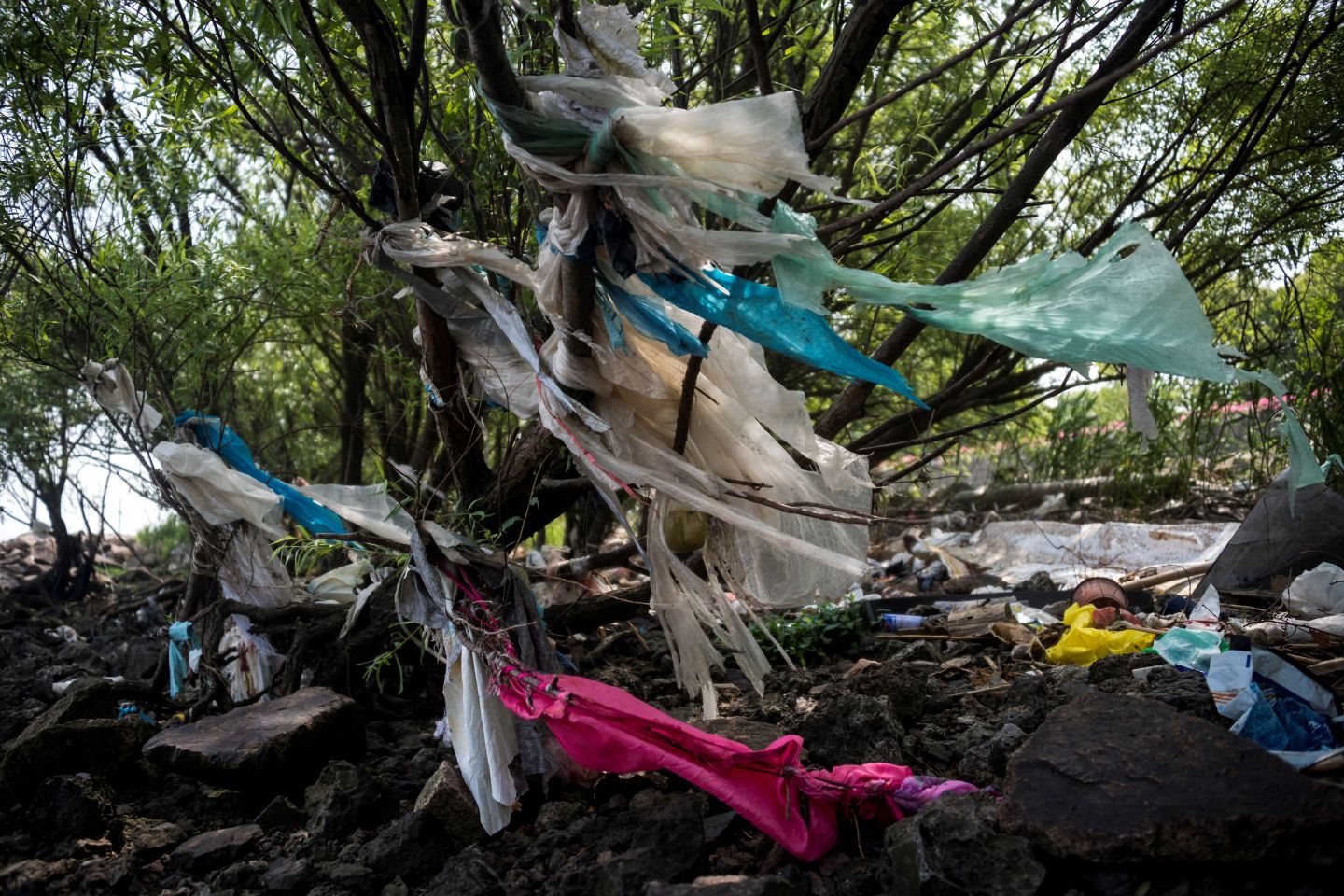 China will curtail its consumption of single-use plastic in an effort to tackle a soaring amount of the discarded material that has quickly become one of the world’s most pressing environmental crises.

Non-degradable plastic bags will be banned in places such as supermarkets and shopping malls in major cities, as well as for the country’s ubiquitous food delivery services by the end of this year, according to a plan released by the National Development and Reform Commission on Sunday.

“China is catching up with the rest of world,” said Leiliang Zheng, an analyst at BloombergNEF. “The EU is the leader in solving the plastic crisis and has already passed a law to widely ban single-use plastic items in 2019, and many developing countries in Africa and Southeast Asia are also tracking the problem.”

About 300 million tons of plastic waste is generated each year, and 60% of that has been dumped in either landfills or the natural environment, according to a United Nations report. Whether it ends up in the ocean, a river or on land, plastic’s durability and resistance to degradation make it nearly impossible to completely break down, causing it to persist for centuries.

Regulations on single-use plastic are on the rise globally, according to a BloombergNEF report. France banned the use of plastic plates, cups, and cotton buds starting Jan. 1 with the goal of phasing out all single-use items by 2040. Thailand and New Zealand have both placed restrictions on or banned single-use plastic bags. An Indonesian ban comes into effect this June.

Many countries in Africa have implemented limits on the manufacture of plastic or attempted to restrict the consumption of the material through levies. Still, India held off imposing a single-use plastic ban last year over fear the policy would trigger an economic slowdown, according to BNEF’s Zheng.

The use of plastic in China has risen as online shopping and food delivery apps have become part of everyday life, even in rural areas. Alibaba Group Holding Ltd., which organizes a 24-hour shopping marathon every year, has been criticized for shipping 1 billion packages in a single day.

The new policy may increase the costs for e-commerce platforms that will need to adjust their packaging strategies, according to Zheng, who added that alternatives to plastic such as biodegradable materials or recycled plastics are still more expensive.

China will ban non-degradable, single-use plastic straws nationwide by the end of 2020, it said, with the goal of reducing the “intensity of consumption” of such plastic utensils by takeout services in urban areas by 30% by 2025. By 2022, some delivery services in major cities including Beijing and Shanghai will be forbidden from using non-degradable packaging, with the ban extended to the whole country by 2025.

While China’s regulations are likely to slow the flow of plastic usage and improve the country’s recycling rate, the International Energy Agency said the initiative could be a headwind for the oil industry, which is expecting plastics and petrochemicals to comprise half of its long-term demand growth through 2050.

Several global oil majors, including Saudi Arabian Oil Co. and Exxon Mobil Corp., are investing in petrochemical plants in China to tap into that growing demand. Packaging accounts for more than a third of current plastics consumption.

“The new policy will suppress demand for plastics, a potential risk for oil and chemical companies,” Zheng said.

—Why the U.K. is bailing out regional airline Flybe when it’s let others fail
—The Carlos Ghosn affair: A look inside the motivations of a fugitive CEO
—Experts doubt China can fulfill its targets in “Phase One” of the U.S. trade deal
—Laws meant to close down tax havens and shut loopholes could have opposite effect
—7 M&As that defined a decade of dealmaking and reshaped the economy
Catch up with Data Sheet, Fortune’s daily digest on the business of tech.