Meet the woman building the ‘backbone’ of the cannabis industry 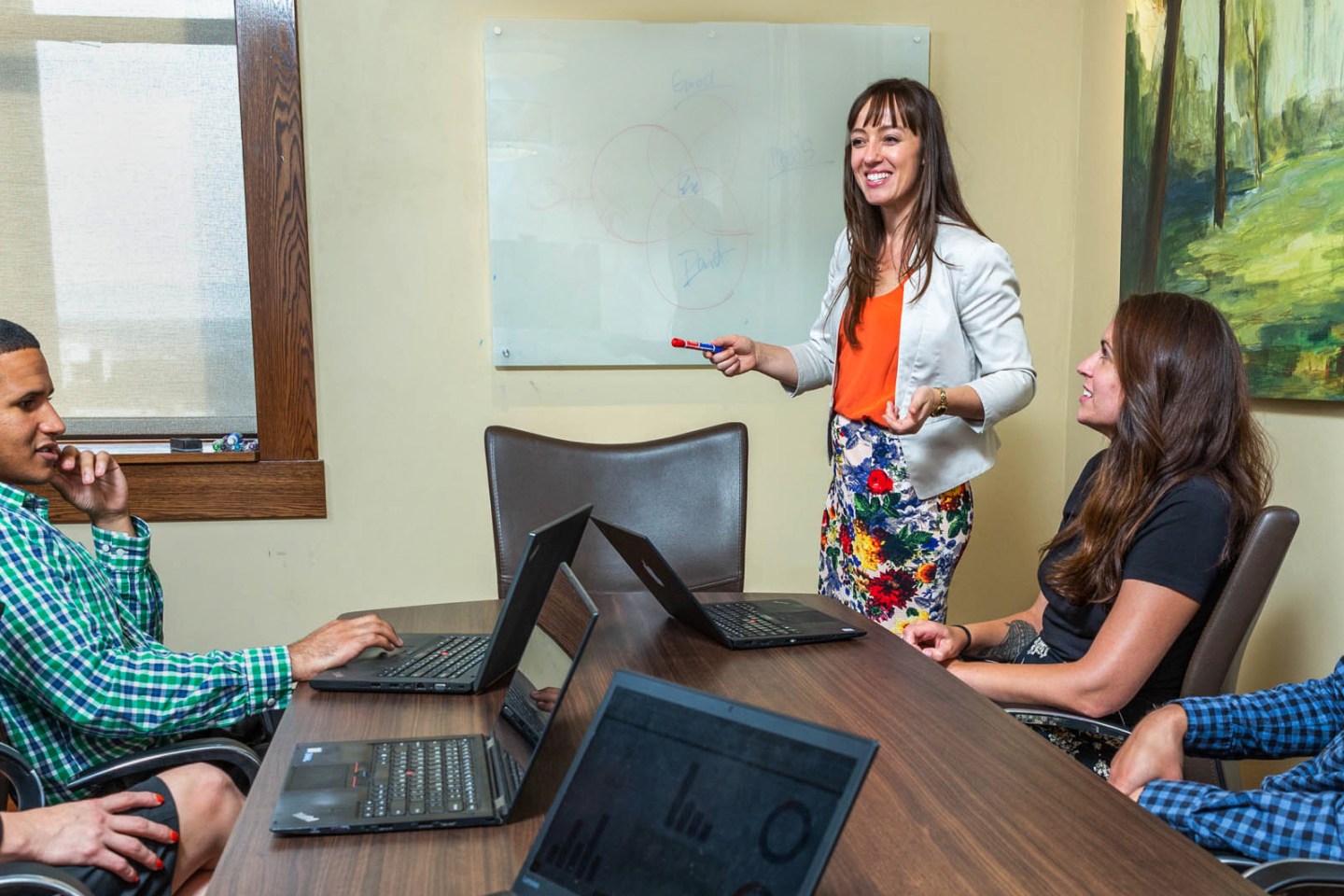 Jessica Billinglsey, CEO of Akerna, is driving the company toward being the go-to option in providing transparency to cannabis retailers, farmers, distributors and regulators across the globe.Courtesy of Akerna
Courtesy of Akerna

Do you have any idea where your pot comes from?

For entrepreneur Jessica Billingsley, that’s not just an abstract question. It’s the driving force behind her cannabis “compliance tech” company Akerna, which this summer debuted on the Nasdaq, becoming one of a small handful of cannabis companies to be publicly traded, and the first that’s female-run.

Akerna, formed when Billingsley’s MJ Freeway merged with rival MTech Acquisition Corp. in October 2018, reported $3.2 million in first-quarter 2020 earnings (a 39% increase from the previous quarter), and recently expanded into Europe as well as Central America, where it opened an office. Between November and December 2019, the company’s stock rose 140%. If those things don’t already signify growth mode, the company announced in late December a new CFO and a $45 million deal to acquire Ample Organics, the leading tech provider in Canada’s cannabis market.

These are the latest moves in Akerna’s effort to solidify its position as the go-to option in providing transparency to cannabis retailers, farmers, distributors, and regulators across the globe. Akerna has a unique vantage point from which to study and capitalize on the industry given that it is rooted in tech, not actual cannabis production or distribution. “The cannabis economy runs on Akerna,” as Billingsley likes to put it, often referring to the company as the “backbone” of the industry. The company aims to ensure its customers achieve what Billingsley calls the three Ps: public safety, product safety, and patient safety. Akerna technology tracks the land on which the plant was grown; soil, nutrients, water, and light intake; when the product was shipped and in what batch; any included additives; where and when the product was sold and who ultimately bought it. Akerna’s software is loosely broken into two platforms, MJ Freeway and Leaf Data Systems. Growers, distributors, and dispensaries can use MJ Freeway to track product, manage their workforce, receive order alerts, keep tabs on costs (labor, water, light, and more), know which employees have handled which plants at any moment, and remain in compliance with state and local laws. Meanwhile Leaf Data Systems was built to help governments and regulatory organizations monitor compliance across the industry.

Billingsley, a Georgia native who landed in Colorado, counts herself a mother, foodie, an avid yogi, a devout rock climber, and, she acknowledges, a rarity in the male-dominated world of cannabis tech. It’s a role she takes seriously, and she has helped smooth the way for other women by offering job shares, modified workweeks, and mentoring opportunities specifically for women at Akerna.

Billingsley outside Nasdaq this summer when Akerna debuted as one of a handful of cannabis companies to be publicly traded.
Courtesy of Libby Greene

Paul Seaborn is a management professor at the McIntire School of Commerce at the University of Virginia, where he teaches a course called the Business of Marijuana. He says what stands out most to him is Billingsley’s ability to anticipate the need for tech-supported transparency, even in the industry’s most nascent stage. “It was literally in the center of the industry and provided visibility to the product,” says Seaborn. He also contends that the “non-plant-touching companies” like Akerna are the ones most critical to the industry’s growth. They have the opportunity to serve customers, but they also address the concerns and needs of state regulators. It’s a difficult duality to meet and one Akerna has balanced fairly well. Banking also comes a bit more readily to these companies, says Seaborn. Because their bottom line isn’t so intimately wed to growing and selling the actual plant and its by-products, they are one step closer to operating on the traditional scale.

Billingsley’s time at Akerna hasn’t passed without massive headaches. And the combination of being an early entrant in a budding, controversial industry and a woman has made Billingsley all the more buzzworthy. The company suffered two cyberattacks, one in 2015 and 2017 each, and a massive outage in Washington this summer. Jeannette Horton, vice president of global marketing at Akerna, notes that Billingsley handled those situations as she’s handled most anything in her role as CEO: with resilience.

Case in point? The months leading up to the company’s public offering: “It was hard for Nasdaq. They were interested in us and in this listing, but it wasn’t an easy one for them. There were a number of times it looked like it wasn’t going to happen.” But, as Horton tells it, Billingsley simply wouldn’t take no for an answer. Every meeting that ended on a low note was followed by a request from Billingsley “for just one more meeting.” Finally, the company says, a live demo of Akerna’s technology—coupled with leveraging connections to key decision-makers—closed the deal with Nasdaq. Says Horton: “I’m in awe of her ability to just keep going.” (Exchanges like NYSE and Nasdaq will only list companies that are in compliance with federal and state rules where they operate, but Akerna was allowed to list since its business is non-plant-touching.)

With another not-yet-announced acquisition underway (and likely more to come), new CFO John Fowle says the collective aim is to make Akerna a leading global tech firm that ultimately reaches beyond cannabis.

What’s next for Akerna is unfolding by the day as cannabis businesses shift from explosive growth and reactive pivots to a more formal structure of mindful strategy. And, as vaping faces a crisis and states roll out new laws, Akerna’s technology is poised to provide a solution and a sense of accountability across the industry just when it’s needed most. For Billingsley, there’s nothing but upside. “Do you remember when none of us could eat Romaine lettuce?” she says. “If that were cannabis, with our technology we’d have known immediately. And overall, says Billingsley, “one mentor of mine said, ‘So long as you’re not solving the same problems every year, you’re doing okay.’”

Given how fast the cannabis industry is evolving, she should have no problem finding plenty of novel problems to solve.