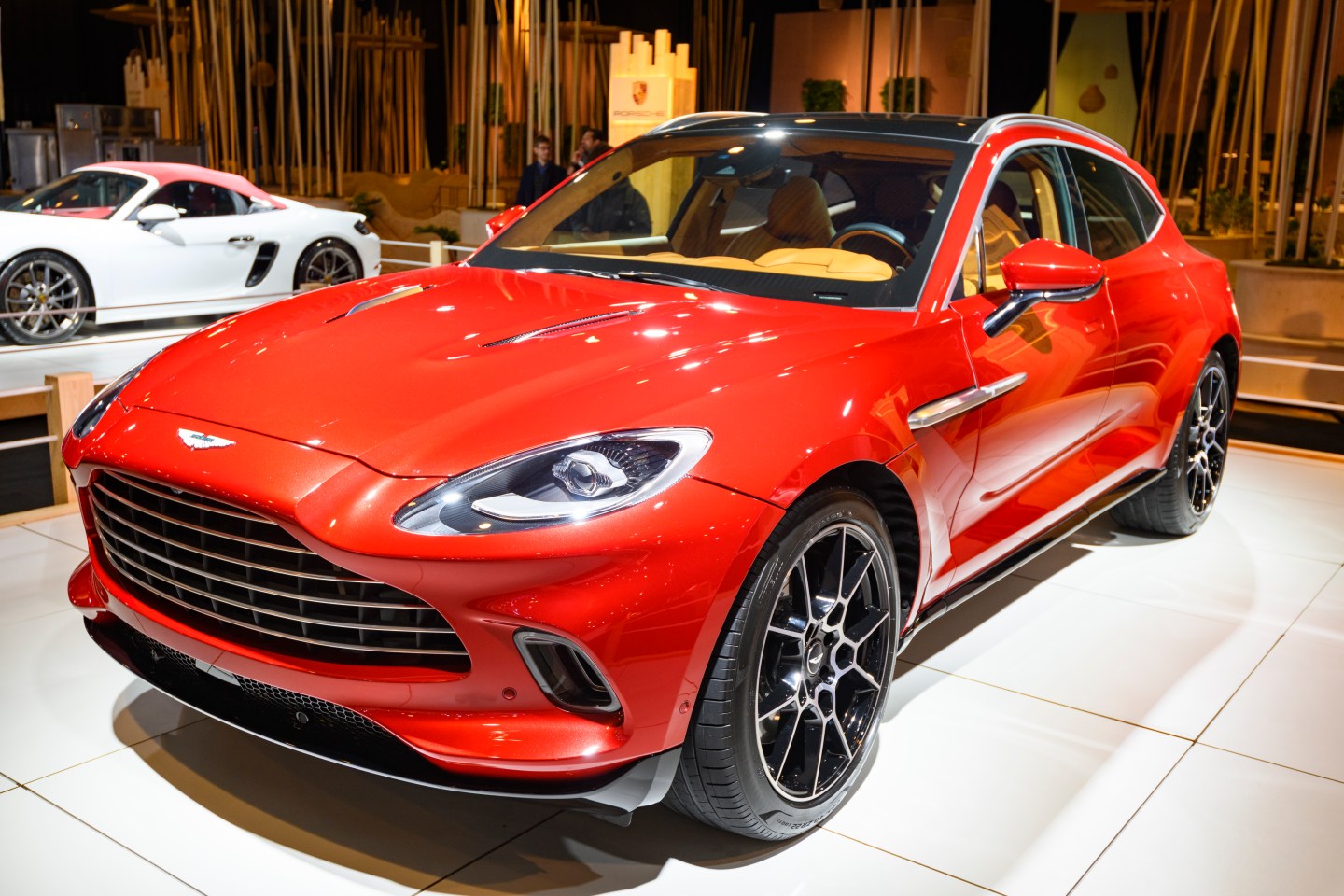 Aston Martin Lagonda Global Holdings Plc is making a last-ditch effort to bring in fresh funding, with billionaire Lawrence Stroll closest to committing to buying a stake in the struggling U.K. luxury-car maker, according to people familiar with the matter.

The Canadian investor and owner of the Racing Point Formula One team is in advanced discussions to inject about 200 million pounds ($260 million) as part of a capital increase by the automaker, said one of the people, asking not to be identified because the talks are confidential.

Separately, Chinese tycoon Li Shufu’s Geely Group has held preliminary discussions about a possible investment in Aston Martin, the people said. Geely, which controls Sweden’s Volvo, Britain’s Lotus Cars and holds a minority stake in Daimler AG, is primarily interested in a technology-sharing deal that could benefit businesses such as Lotus, they said.

Aston Martin’s profit warning last week underscored the urgency for the carmaker to secure new investors to help pare debt and finance the production of the DBX sports utility vehicle. The $189,000 DBX is at the heart of Aston Martin’s turnaround plans, which include more than doubling annual output to 14,000 autos by 2023. Aston Martin has received 1,800 orders for the model, meeting a condition for the carmaker to obtain a follow-on loan for $100 million.

“We remain in discussion with potential strategic investors in relation to building longer term relationships which may or may not involve an equity investment,” Aston Martin said in an e-mailed statement over the weekend.

A representative for Racing Point didn’t immediately respond to requests seeking comment outside of business hours. Geely declined to comment.

Talks with various investors may not lead to a transaction and the size of any stake sale could change, the people said.

Aston Martin’s stock has tumbled more than 60% over the past 12 months. Its sterling bonds jumped on Friday after Financial Times reported on a possible investment by Geely. Sky News reported over the weekend that Chinese battery maker Contemporary Amperex Technology Co. Ltd. may take a stake in Aston Martin. A CATL representative denied the report.

Stroll built his fortune by investing in fashion labels including Pierre Cardin, Ralph Lauren and Tommy Hilfiger through Global Brands Acquisition Corp. The tycoon may seek a seat on Aston Martin’s board of directors if he goes ahead with the investment, one of the people said.

Aston Martin made clear the depth of its troubles as it reported a severe decline in profit in its first full year as a listed company on Tuesday. Its avenues for financing have narrowed amid weak operating performance and its year-end cash balance stood at 107 million pounds, according to January’s trading statement.

Alongside declining profit, Aston Martin is facing the prospect of raising additional debt funding which may bring its total outstanding debt to over 1 billion pounds. It is set to pay a 15% coupon on the planned $100 million of debt financing.

Private equity firms Investindustrial and Kuwait’s Adeem control more than 60% of Aston Martin. European investment firm Investindustrial is expected to participate in a capital increase, two of the people said.