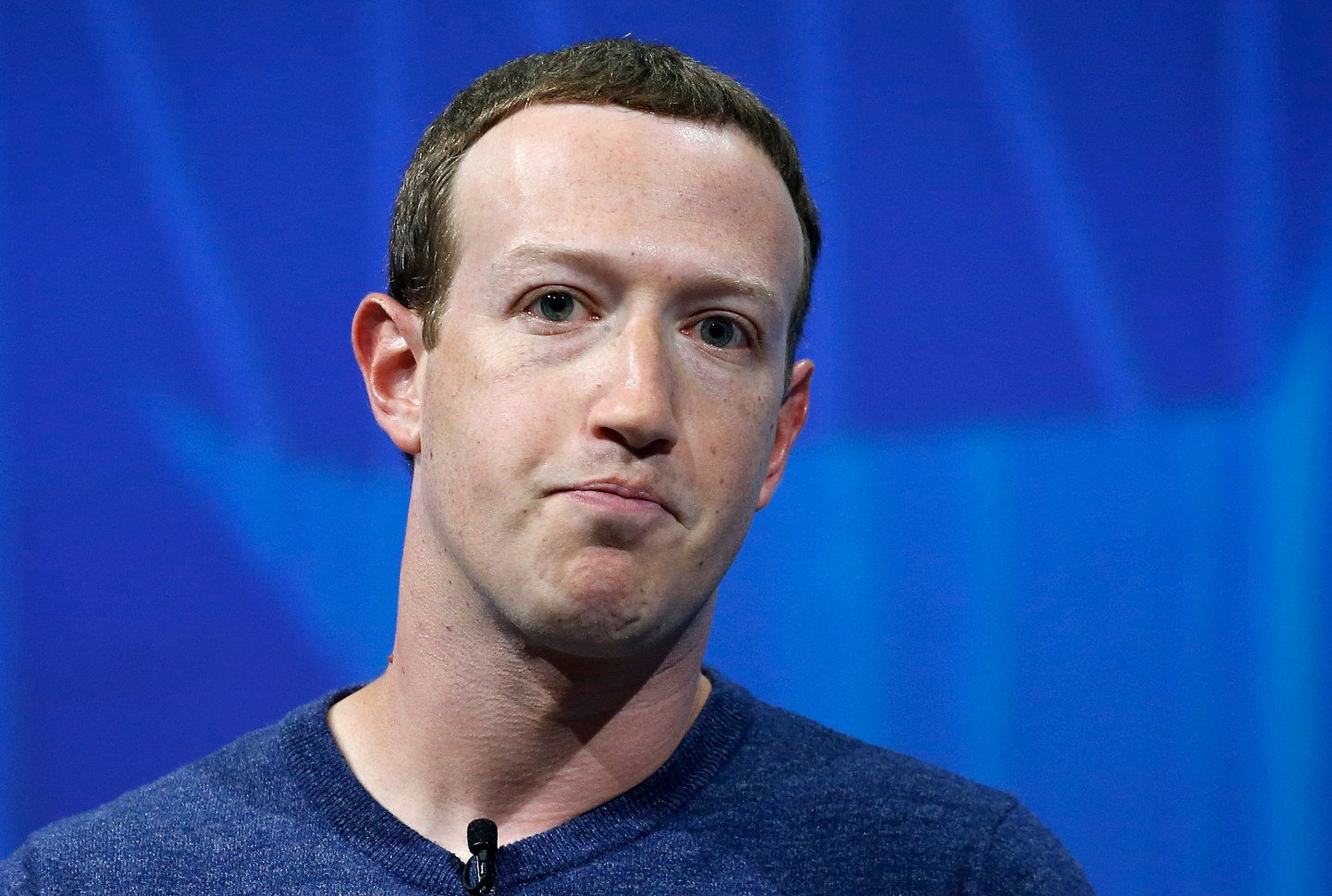 PARIS, FRANCE - MAY 24: Facebook's founder and CEO Mark Zuckerberg speaks to participants during the Viva Technologie show at Parc des Expositions Porte de Versailles on May 24, 2018 in Paris, France. Viva Technology, the new international event brings together 5,000 startups with top investors, companies to grow businesses and all players in the digital transformation who shape the future of the internet. (Photo by Chesnot/Getty Images)
Chesnot/Getty Images

The Facebook chief executive officer, who in January usually shares a “personal challenge” for the coming year, said Thursday he’s forgoing that tradition in 2020. Instead, Zuckerberg said he will “take a longer term focus” this decade to prioritize projects that will take much longer to come together.

“Rather than having year-to-year challenges, I’ve tried to think about what I hope the world and my life will look in 2030 so I can make sure I’m focusing on those things,” he wrote on his Facebook page. Among the big ideas he listed: funding millennial “entrepreneurs, scientists and leaders;“ building a privacy-focused social platform; developing virtual and augmented reality products; and “establishing new ways for communities to govern themselves,” such as his company’s new content oversight board.

Facebook is already working on most of the long-term ideas Zuckerberg laid out in his post, making them arguably less personal than past challenges. Some of the CEO’s pledges have also opened him up to criticism. Last year, Zuckerberg resolved to “host a series of public discussions about the future of technology in society—the opportunities, the challenges, the hopes, and the anxieties.” In his talks related to the pledge, he spoke almost exclusively to white men.

In 2017, Zuckerberg resolved to visit all 50 states, a countrywide tour that spawned rumors that he wanted to run for president. Prior challenges included learning Mandarin and a promise to only eat meat that he killed himself.

—Greenpeace ranks China’s tech giants on renewable energy
—Facebook deepfake video ban may set off ‘cat and mouse’ game
—Why there are so many scooters in Los Angeles
—What a $1,000 investment in 10 top stocks a decade ago would be worth today
—Missile strike vs. cyberattack: How Iran retaliates
Catch up with Data Sheet, Fortune’s daily digest on the business of tech.