As the Dow hits new highs, the bulls remain in charge— for now 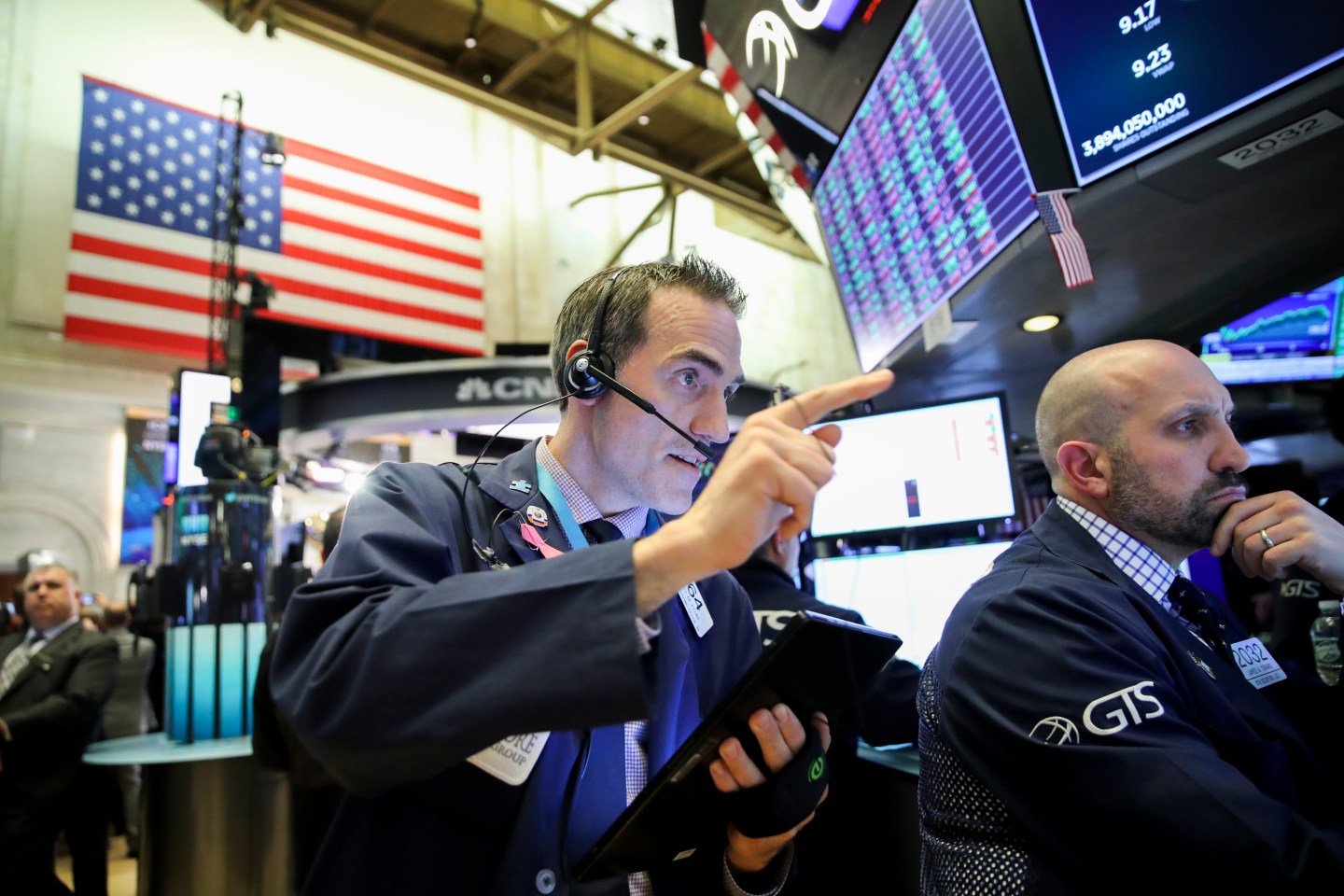 Investors may very well have vertigo from the already dizzying spate of trading days in 2020. But as the Dow Jones Industrial Average hit record highs midday Thursday, moving up over 200 points, some on the Street are predicting markets still have more room to run.

Following a rocky start to the year marked by conflict with Iran, markets not only eased—but leaped—at what seems to be de-escalated tensions between the two nations on Wednesday. From vice president of trading and derivatives at Charles Schwab Randy Frederick’s perspective, Thursday’s record highs “are not too surprising,” as geopolitical conflicts have historically dropped and popped markets.

But for those like Mark Hamrick, senior economic analyst at Bankrate.com, investors’ bullish trading to kick off the new year could be a sign of more upside to come.

“One of the most remarkable things is there have been no shortage of sources that generate the proverbial wall of worry for investors, and the market has managed to distance itself from those underpinnings of anxiety and move … to higher ground,” Hamrick tells Fortune. In addition to markets’ relatively mellow response to geopolitical tensions, Hamrick suggests that from a historical standpoint, the early rally in 2020 feeds into a “historical record that doesn’t guarantee but does suggest that the market ought to do well through the end of the year when it’s all said and done,” he says.

While the new year certainly came in with a bang for investors, analysts are looking to the fundamentals underpinning the economy. What they’re seeing? Plenty of positives that should drive further returns.

From phase one to historical returns

Chinese Vice Premier Liu He’s scheduled trip to Washington next week should seal a phase one trade deal with China, something analysts see as one of the biggest bright spots driving the market. In fact, Frederick believes that, barring anything wholly unexpected, “there’s plenty of reason to think this market can go higher” in 2020 as increasing resolution on the trade front continues to buoy markets. In fact, LPL Financial’s Ryan Detrick thinks that if we see resolution on the China front, markets could even post double-digit returns this year.

Detrick is also looking to slowly rebounding CEO confidence via The Conference Board Measure of CEO Confidence, which read 43 for the 4th quarter, up from 34 in the 3rd. “Confidence has come back from the corporate side of things, and that could really help to extend this business cycle,” Detrick suggests.

And Schwab’s Frederick suggests that, historically, an election year tends to be one of the best performing years of the four-year election cycle in the markets, noting that “everybody’s optimistic”—whether it be for four more years of Trump, or a new president. As a year that followed nearly 30% market returns, 2020 could be shaping up to see strong performance as well on the back of the economy. “The economic data in general has been … good enough that, if it’s not a drag, the markets can continue to move a little higher,” Frederick says.

Investors should keep their eyes peeled for news of a potential retaliation from Iran in the coming weeks, Schwab’s Frederick suggests. But he also sees the upcoming earnings season as an important indicator of how markets could perform following their strong start.

Yet Hamrick cautions: “When we’ve had the market on a run like this, history has suggested that good things don’t last forever—we just don’t know when the lights are turned off in the room where the party’s been held.”