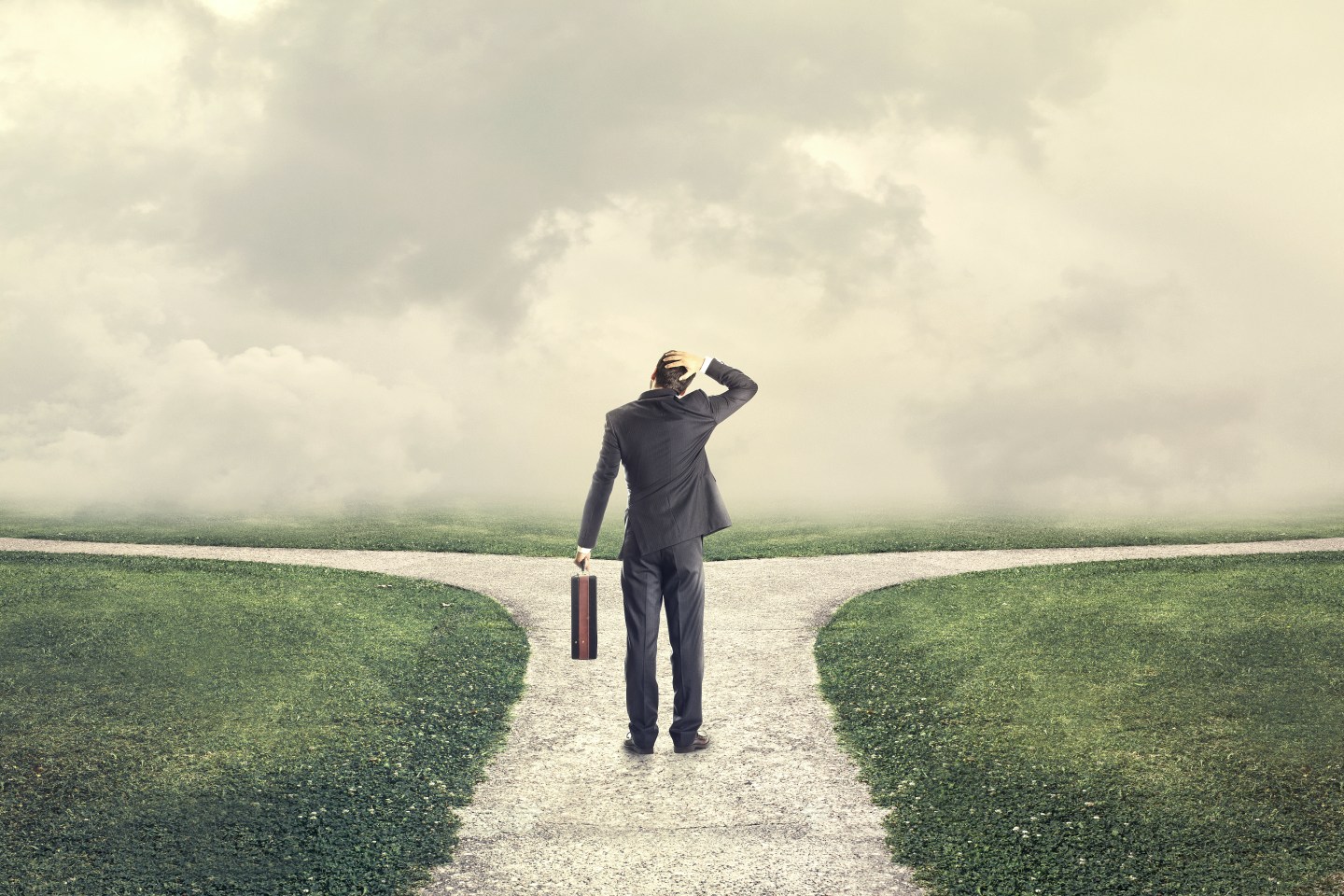 Ever wonder whether you picked the right career path, way back when—and, if not, whether you could make the jump to a different field? The job market right now looks ideal for making a change, partly because many employers are so in need of new hires that they’re often willing to overlook your lack of experience in a given role and train you on the job. Not only that, but heading for greener pastures is a tried-and-true way of making more money, at least for now.

Even so, when people decide to try a totally different line of work than they’ve pursued so far, it usually isn’t only about the Benjamins, according to a recent study. Job site Indeed polled 662 people working in a wide range of jobs and industries who had changed jobs recently, and found that 49% had gone into a whole new occupation—from teaching to finance, say, or marketing to engineering. The 4 main reasons why they steered the wheel into another direction?:

79% said they left their erstwhile gigs in order to, yes, earn more elsewhere.

78% said they were not feeling challenged by their work

77% attributed it to not seeing a clear path to career advancement ahead.

79% cited a lack of flexibility as a cause for dissatisfaction in their former careers, like the option to work from home or to choose different schedules. (Note to employers: More and more, candidates, and not only career changers, are looking for nontraditional benefits—skills training, career coaching, and telecommuting in particular.)

Thinking of making a career change? One insight from the Indeed data: Don’t rush into anything. The average career changer took 11 months to plan his or her switch to a new field. “It does take, first, some introspection,” says Paul Wolfe, senior VP of global human resources at Indeed, who changed careers himself (from customer service to HR) two decades ago. “You need to identify which of your skills are the most portable. Look at job ads in the field you’re aiming for, and be honest with yourself. Analyze whether you have, or can acquire, the traits they want.”

At the same time, be sure you’ve figured out exactly why you want to leave your current career. “Sometimes, people don’t really want to go into a whole new area,” Wolfe points out. “They just need to keep on the path they’re already on, but in a different job, or with a different company.” Take your time and think it through. Instead of a career change, maybe what you need right now is an overdue promotion, or some strategic skills training, or both.

Unsure whether you’d really like doing the job you’ve set your sights on? Wolfe recommends finding, through social media or your real-life network, someone already entrenched in that field, and asking whether you can “shadow” him or her for a day or two. “Shadowing can help tremendously, as can informational interviews,” he says—referring to the kind where you’re not asking for a job, just gathering information. Either approach can be useful in pinpointing which skills you’ll need to bring with you: “Ask the person you’re shadowing which skills matter most in this field, and how he or she got into it.”

The Indeed survey’s most encouraging finding: Almost all (88%) of the career changers said that—despite the effort (and worry) that went into preparing to make their move—they are happier now than they were before. That’s important. “No job is perfect, but we spend so much time at work, it’s really important to find work that we like doing,” says Wolfe. Almost sounds like a New Year’s resolution, doesn’t it?

—New hires are getting high pay but older employees aren’t getting raises
—What the best workplaces in the world have in common
—No, humanities degrees don’t mean low salaries
—5 proven ways to decrease stress at work
—Ready to jump at that great job offer? Read this first
Get Fortune’s RaceAhead newsletter for sharp insights on corporate culture and diversity.