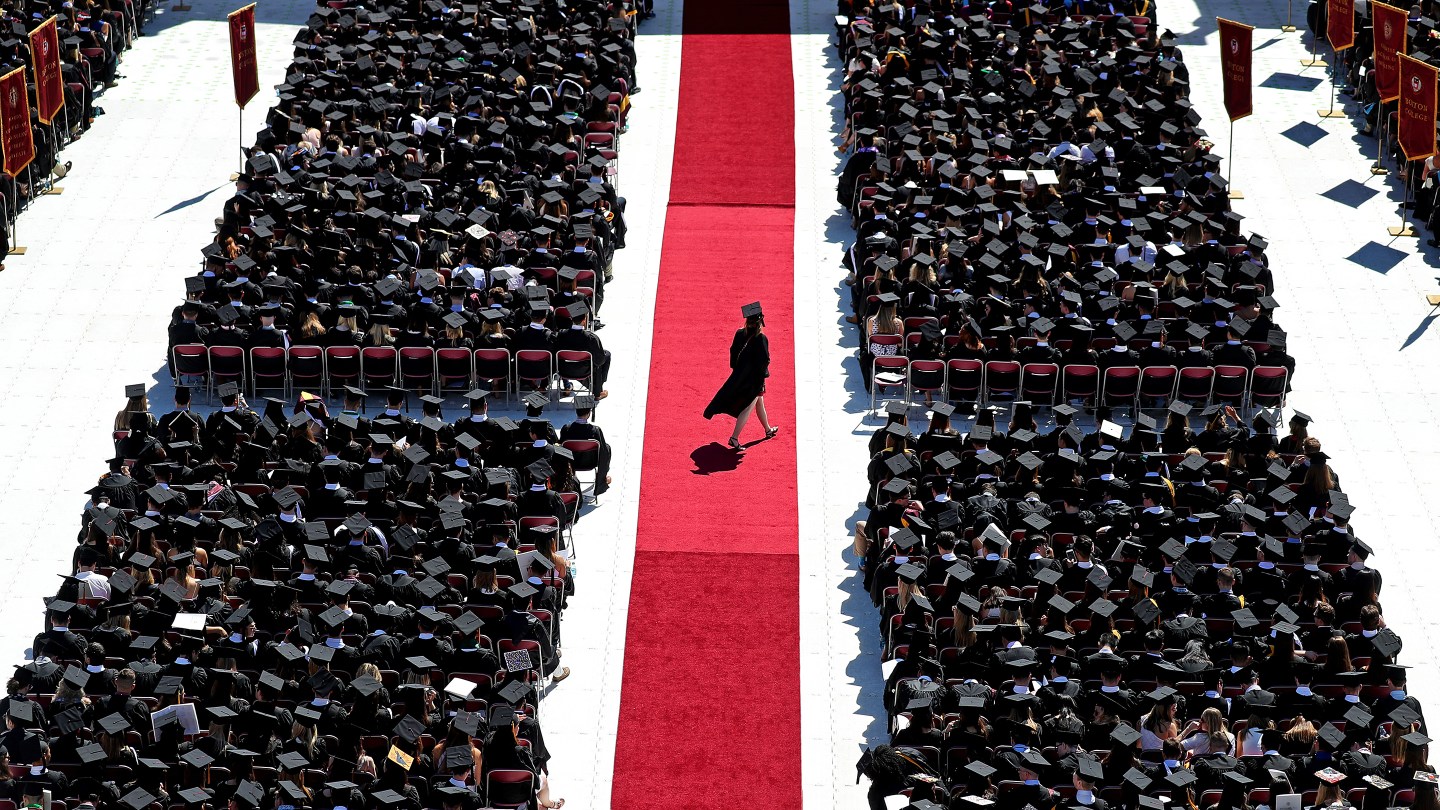 The majority of Americans (64%) thinks that getting a college degree is worth the money as long as the student doesn’t incur in too much debt, according to a July 2019 CNBC survey. The cost of college tuition and fees rose to an average of $36,880 for private, four-year institutions and $26,820 for public four-year institutions during the 2018-2019 school year, according to The College Board —and according to the U.S. Bureau of Labor Statistics, the average weekly median income of bachelor’s degree recipients is $1,198.

So, a degree’s return on investment definitely factors into the “worth it” equation. But students may be working with incomplete data.

For those who wish to “follow the money”, STEM degrees do provide a path to lucrative employment. According to PayScale’s College Salary Report 2019, the bachelor’s degrees with the highest mid-career pay included:

However, those fields of study don’t exactly mirror the degree choices students are making. The latest data from the National Center for Education Statistics found that, during the 2016-2017 academic year, of the more than 2 million bachelor’s degrees conferred, more than half concentrated in five fields of study, including:

The next largest numbers of degrees conferred were in engineering, communication/journalism, visual and performing arts, and education. So, when it comes to choosing undergraduate majors that may lead to high-paying careers, humanities disciplines like (English, history, sociology, foreign languages, etc.) may not immediately spring to mind. But that may be misguided.

Robert B. Townsend, director of the American Academy of Arts & Sciences Washington, D.C. office, says that humanities majors secure jobs at pretty much the same rate as other people with degrees. “It’s certainly not in line with that picture that gives you the impression that they’re all baristas drowning in debt, and miserable and unhappy,” he says.

While there may not be an onslaught of demand for 19th century English literature experts, the writing, analysis, comprehension, and critical thinking skills developed in such courses of study are valued in the workplace. PayScale’s data found that some fields with lucrative levels of mid-career median pay hire a high percentage of English and related majors, such as communications director ($83,100 ), proposal manager ($83,000), and content marketing manager ($72,400).

Studying a foreign language? The demand for bilingual workers doubled between 2010 and 2015, according to a 2017 report by New American Economy. The top languages in demand were Spanish, Arabic, and Chinese. More than one-third of Bank of America’s advertised positions called for bi-lingual workers.

In addition, many of the skills humanities majors develop can also have a positive impact on pay, says Sudarshan Sampath, director of research at PayScale. For example, writing skills can boost pay in administrative jobs 8% while the ability to think and plan strategically can have a 3 to 9% impact on salary, according to PayScale data.

And even when there’s not a direct correlation between the degree itself and the job or salary, humanities majors may have key advantages. Sampath and his team combed over their data and found that the skills developed in humanities disciplines are in demand and transferable —two important factors when choosing a degree based on future employment prospects, he says.

“We’ve seen this in previous research that a lot of things that employers are looking for are not necessarily hard technical skills,” says Sampath. You can learn those in your first job outside of college or in your first internship. What you really want to pick up is actually how to work and how to learn,” he says.

PayScale’s job transferability rankings state that any degree that scores more than 1.82 on its index has a wide range of career options. Humanities degrees are the third most transferable, scoring a 5.57. Only business (5.86) and social sciences (5.85) scored better.

And, while the satisfaction element often gets lost in the degree ROI discussion, humanities have a strong selling point here. A 2018 report by the American Academy of Arts & Sciences found that humanities majors reported satisfaction levels comparable to virtually every other field. Eighty-seven percent of all workers with a bachelor’s degree in the humanities reported they were satisfied with their job in 2015.

“Our job isn’t to throw sunshine at the humanities majors,” Townsend says. But, he emphasizes that the outlook for people with these nuanced, yet highly transferrable degrees is strong, especially in a market that is increasingly valuing soft skills and communication ability, he adds.

—These are the jobs artificial intelligence will eliminate by 2030
—What the best workplaces in the world have in common
—How to create benchmarks when you work for yourself
—5 proven ways to decrease stress at work
—Ready to jump at that great job offer? Read this first
Get Fortune’s RaceAhead newsletter for sharp insights on corporate culture and diversity.