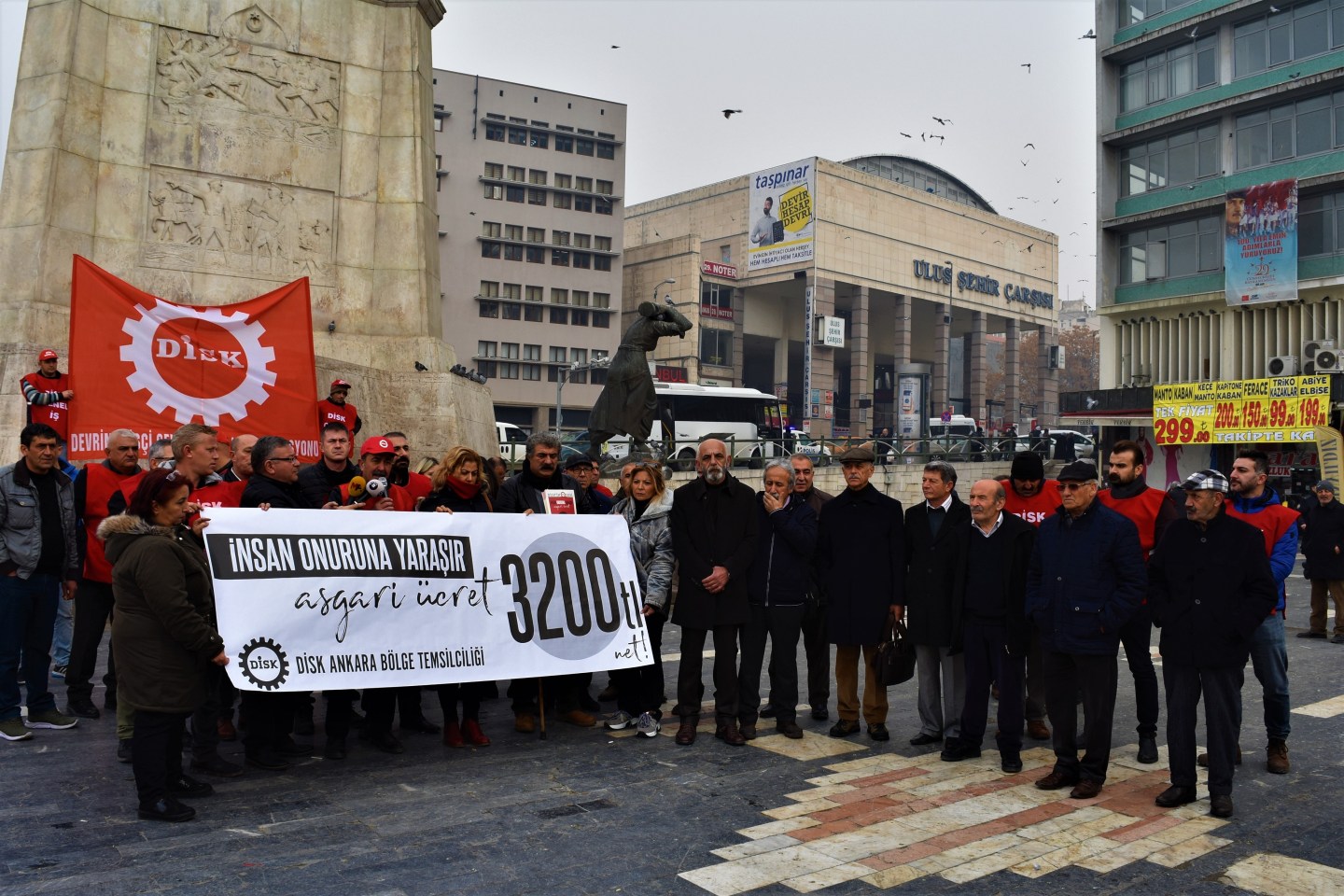 Turkey’s minimum wage, earned by almost a third of the workforce, has been raised by 15% for 2020, after dissatisfaction with the economy hurt President Recep Tayyip Erdogan’s ruling party in municipal elections.

The net monthly minimum wage will be 2,325 liras ($392) next year, up from 2,021 liras in 2019, Labor Minister Zehra Zumrut Selcuk said in Ankara on Thursday. The increase compares with a November inflation rate of 10.56%, which declined steadily after hitting 25% in late 2018, following a currency shock in the summer of that year.

A downturn in the economy, accompanied by a surge in inflation in 2018, was a major factor in the ruling AK party’s losses in municipal elections earlier this year. The most stinging defeats came in commercial hub Istanbul and the capital, Ankara.

About 10 million workers — almost a third of the 33-million-strong labor force — earn the minimum wage or slightly higher, according to a study by the Confederation of Progressive[/hotlink ignore=true] Trade Unions of Turkey. But its level has a much wider impact.

“It’s a reference salary for all workers,” Murat Birdal, an academic at Istanbul University’s Faculty of Economics, said by phone. “Over the past year, wages have been eroded seriously due to the loss in purchasing power.” Changes in the inflation basket in recent years means workers have been hurt harder than the official figures suggest, Birdal added.

Ergun Atalay, head of the Turk-Is labor confederation, demanded a monthly net minimum wage of 2,578 liras in a Dec. 5 speech. President Recep Tayyip Erdogan weighed on the debate on Dec. 20, saying he would “make a gesture” that would please both workers and employers.

About 4.6 million workers in Turkey are jobless, according to latest official data. The non-farm jobless rate is at 16.4%, while the youth unemployment rate is 26.1%.

—U.S. tariffs are near global—and historic—lows
—3 charts that prove patent power is tilting in Asia’s favor
—China’s big blockchain bet aims for an early advantage over the U.S.
—2020 Crystal Ball: Predictions for the economy, politics, technology, etc.
—China’s lessons from the bike sharing bust may hang over its A.I. boom
Catch up with Data Sheet, Fortune’s daily digest on the business of tech.