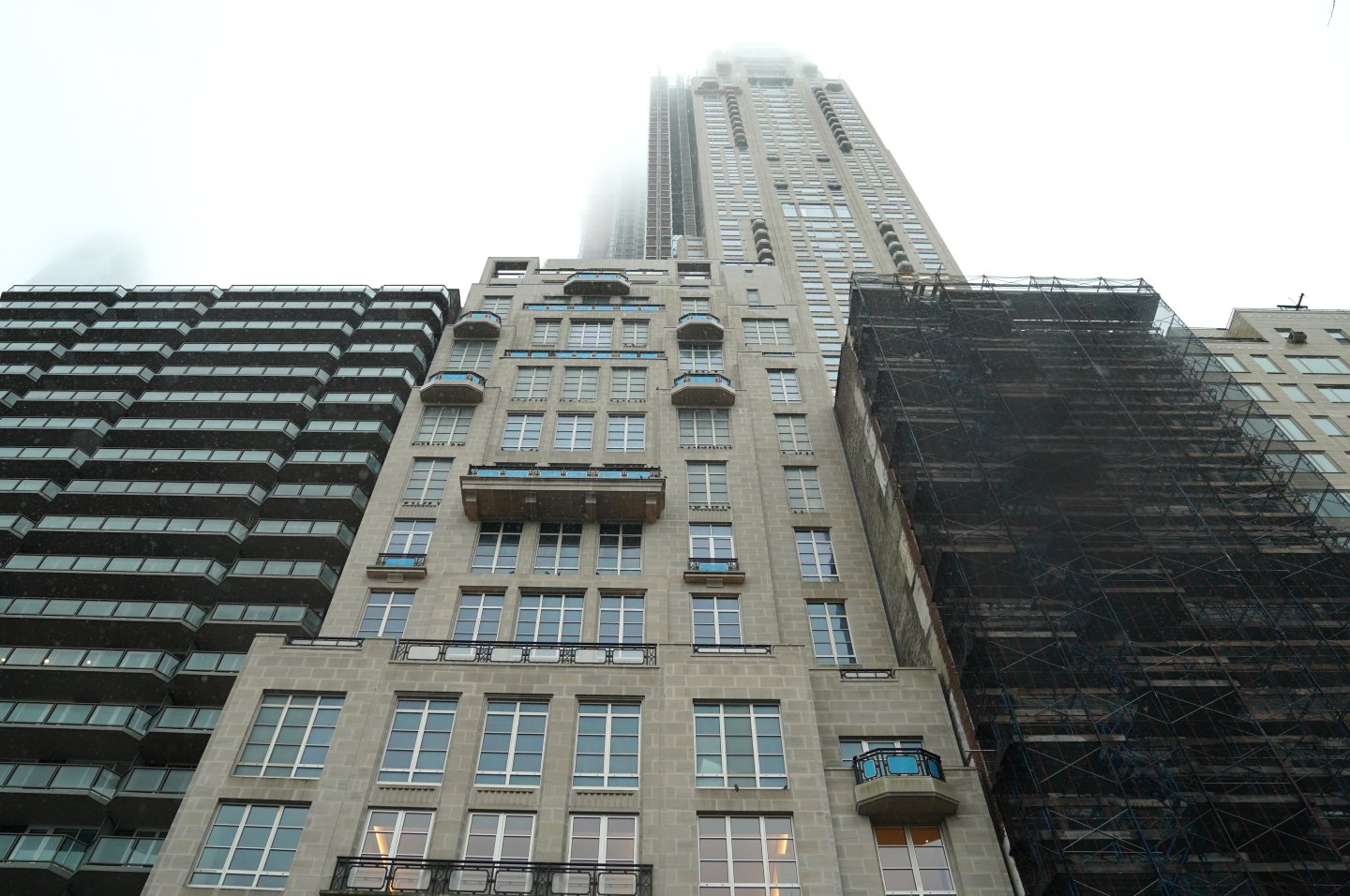 "The Billionaire's Bunker" at 220 Central Park South is pictured on January 24, 2019, in New York - Hedge fund billionaire Ken Griffin has completed the purchase of a four-story penthouse in the building for $238 million- the most ever paid for a home in the US. The building, is a residential skyscraper that is currently under construction. (Photo by TIMOTHY A. CLARY / AFP) (Photo credit should read TIMOTHY A. CLARY/AFP via Getty Images)
Timothy A. Clary—AFP via Getty Images

This year saw weak annual gains in luxury home prices, new tax proposals on million-dollar properties, and restrictions for foreign investors. But that didn’t stop luxury homebuyers in the U.S. from shelling out upwards of $100 million apiece for mansions, penthouses, and beachside properties.

In addition to Manhattan, the year’s top luxury homebuyers also made purchases in Palm Beach, Fla., and in Los Angeles’ Bel Air neighborhood. One Los Angeles mansion took a $156 million price cut before selling in September for $94 million, according to the Wall Street Journal.

The top 10 list, below, based on data from Miller Samuel.

Citadel CEO Ken Griffin purchased the approximately 24,000-square-foot penthouse at 220 Central Park South in January. It has 16 bedrooms and 18.5 bathrooms and is located in a 118-unit Vornado Realty Trust tower with unobstructed views. The $240 million selling price makes it America’s most expensive home.

The Manor, a 56,000-square-foot mansion located in the hills overlooking Los Angeles, has 14 bedrooms and 24 bathrooms. It was originally listed for $160 million, according to Jade Mills, before it sold for $119.8 million in July. It features a bowling alley, pool, tennis court, and entertainment center.

La Follia, a 37,516-square-foot house located at 1295 S. Ocean Blvd. in Palm Beach, sold in June. It includes 13 bedrooms and 14 bathrooms and offers views of the Atlantic Ocean and Intracostal Waterway.

The oceanfront property at 27600 Pacific Coast Highway is 13,693 square feet, sits on 3 acres, and has beach access. It features six bedrooms and seven and a half bathrooms as well as a pool, tennis court, theater, gym, and two guesthouses.

Ken Griffin, Citadel’s chief executive, also bought a beachfront property at 60 Blossom Way this year, adjacent to his existing Palm Beach estate. The 18,452-square-foot home, on almost 3.6 acres, was built in 2000 and last sold in 2017 for $77.1 million, according to the website of Palm Beach County Appraiser Dorothy Jacks.

Once listed for $250 million, this Los Angeles mansion known as “Billionaire” sold at a 62% discount in October, according to theWall Street Journal. The four-story, 38,000-square-foot home has 12 bedrooms and 21 bathrooms, plus three kitchens, five bars, a spa, gym, pool, theater, auto gallery, and bowling alley.

A second unit at 220 Central Park South also made the list of top purchases. The condo building has recorded more than $1 billion in sales, according to the New York Post. This 9,817-square-foot unit features four bedrooms and six and a half bathrooms.

Jeff Bezos purchased three condos—a penthouse and two additional units—at 212 Fifth Ave. in May, for a total of $81 million. All together, the condos have 12 bedrooms and more than 17,000 square feet. The penthouse was originally listed for $58 million and the units at at $18.2 million and $11.3 million, respectively, according to StreetEasy.

John Griffin, founder of Blue Ridge Capital, bought an almost 30,000-square-foot townhouse on East 67th Street in Manhattan in June. It was previously owned by Philip Falcone, who purchased it in 2008 for $49 million and invested in a multiyear renovation.

—2020 Crystal Ball: Predictions for the economy, politics, technology, etc.
—Why you actually may want to buy “bears” in a bull market
—5 CEO exits that sum up the memorable business year that was 2019
—What 6 IPOs tell us about going public in the 2010s
—How blockchain will shake up the financial world
Don’t miss the Term Sheet, Fortune’s newsletter on deals and dealmakers.