Forget the Tech. These Are the Real Tools You Need to Manage Remote Workers 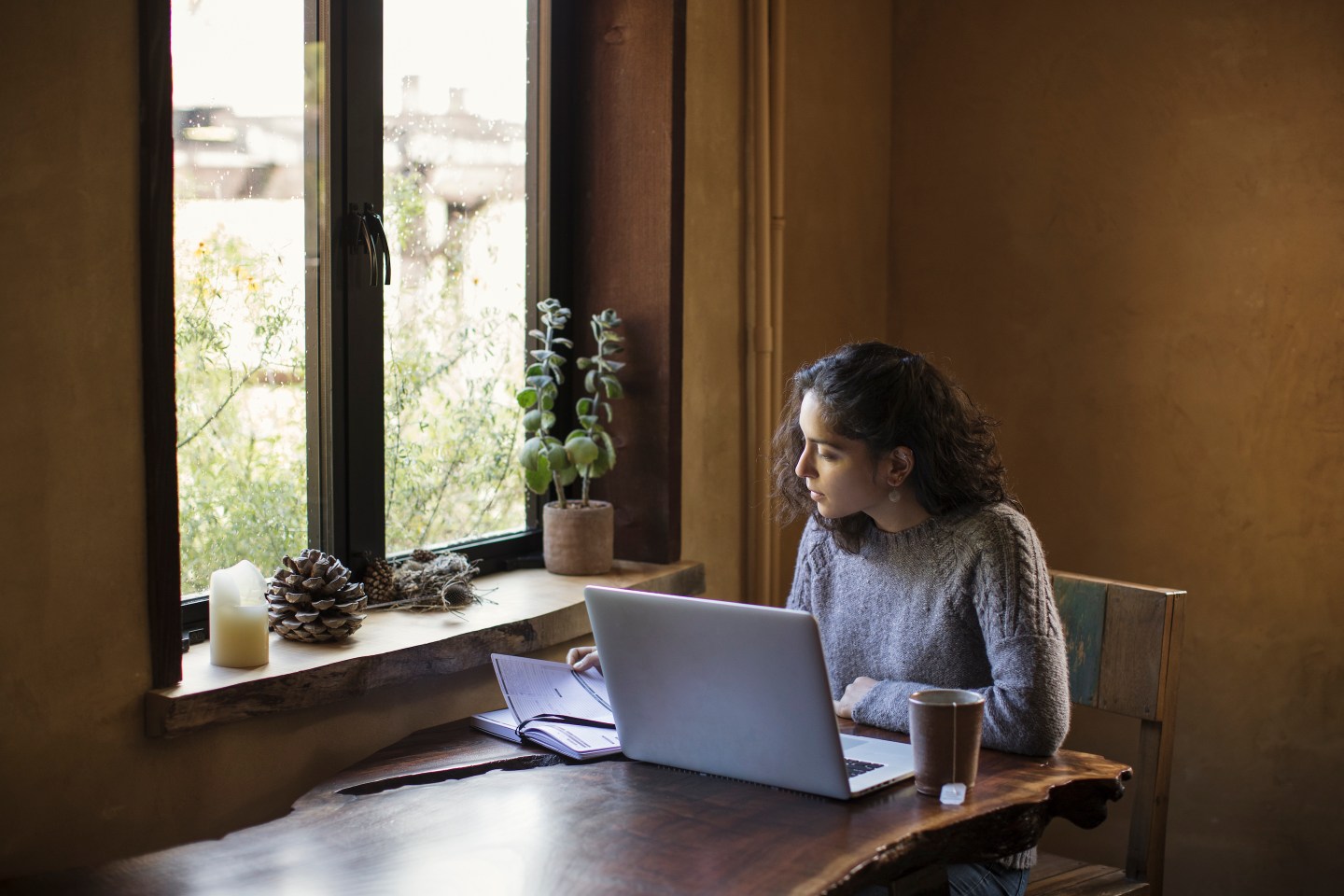 As tech tools like email, video chatting, videoconferencing, and instant messaging increasingly allow people to work at great distances from the office—and each other—managers have to step up to some new challenges. Yes, remote work can be a boon to recruiting, morale, and productivity, but putting traditional management techniques to work to keep a widely-scattered workforce moving forward together is rarely successful.

While you still have to “set clear goals and help your team achieve them,” says Mark Strassman, a senior vice president of LogMeIn, “there’s a huge cultural difference in leading teams where people are located in one place, versus direct reports you rarely see in person. ‘Face time’ and management by walking around, for instance, are obsolete. But they’re hard to let go of.”

Strassman knows what he’s talking about. LogMeIn, maker of online collaboration software like GoToMeeting and join.me, is headquartered in Boston, while Strassman lives and works in San Francisco. His team reports in to him from all over the map.

Even if you’re not currently managing remote workers, it would be worth your while to learn some of the how-tos. The world of remote work (often called virtual work) is only going to get bigger. In this squeaky-tight job market, hiring and keeping the best talent means offering flexible options like working at home, on the road, or elsewhere. About 43% of U.S. employees now do their jobs away from an office at least part of the time, says research from Gallup, and that percentage is rising fast. A new Gartner study predicts that in 2020, the number of employees who often or always work remotely will surpass 50% for the first time.

So what does it take to motivate employees you rarely (or never) lay eyes on, manage issues as they come up, and make staffers want to stick around? Managers who have successfully worked with remote staffers for a decade or more suggest focussing on three critical areas: communication, community, and career development.

“Staying in touch with your team has to be much more fluid and spontaneous,” says Jeff Christofis, a vice president at call-center-staffing firm Kelly Connect, whose 13 widely-scattered direct reports manage tens of thousands of customer-service agents, each working at home. “Instead of holding a meeting and then retreating back to your office, you have to get used to chatting by phone, email, or video more or less constantly,” he says.

A talent for multitasking also helps. “I usually have two or three conversations going on at once, while at the same time doing other parts of my job,” Christofis says.

As if that weren’t demanding enough, keeping everyone motivated and on track, when you can’t stop by their desks for a quick chat, means “you have to make time for ‘water-cooler’ conversations, where you ask people about their weekend and so on,” says Mike Gathright, a senior vice president at Hilton in Dallas. The company, headquartered in McLean, Va., has 419,000 employees spread over 6,000 hotels and other properties worldwide. Gathright leads a team of six managers stateside plus one in Europe. He says those casual chats, commonplace in offices everywhere, are crucial for building cohesive teams, but they “take a special effort from managers.”

Connect to a community

If there’s one thing that years of research into employee retention have proven, it’s that productivity is markedly higher (and turnover far lower) in enterprises where people feel they’re connected to a community, not just doing a job in isolation.

But how do you create that sense of connection to the mothership and its mission when coworkers, and their leaders, are so far apart? Some companies use technology to connect distant coworkers with each other.

LogMeIn, for instance, built a popular intranet site where “people can share news and information, since they’re not going to run into each other in the hallway,” says Strassman. “We’ve tried to make it fun.” The site includes dozens of affinity groups, like one called dogmein@logmein, where “people post pictures of their dogs.”

Likewise, at Kelly Connect, a similar site features “contests, news, bulletins, and events, with communities for car buffs, sports fans, chess players, you name it,” says Christofis. “We think it actually connects employees much better than in-person cubicles do.”

Until recently, “you might have had just a handful of remote employees and, when it came to training and development, they were pretty much on their own,” observes Gathright. “Now, as a manager, extending those opportunities to all your people—not just the ones you see in the office—is up to you.”

That’s especially important if you happen to be hiring. A growing stack of studies suggest that gaining new skills, along with coaching on career development, comes second only to pay on job candidates’ wish lists.

“No one approach works for every company,” Gathright points out. Hilton has so far offered employees, no matter where they’re located, an array of choices that includes LinkedIn Learning courses, paid drive time to face-to-face classes, and one-on-one career coaching sessions with senior managers.

That individual attention is perhaps most important of all. “Remote employees want a coach, someone who will listen and advise them,” says Adam Hickman, PhD. A manager at Gallup, he lives and works near Cleveland while reporting to the firm’s Omaha office.

Hickman has written a series of Gallup studies about managing far-flung employees. The series highlights the paradox of virtual work; it wouldn’t be possible at all without a heap of new and sophisticated technology but technology alone can’t replicate what leaders do.

“Human intelligence and commitment are what keep people engaged and motivated,” he says. In an ever more virtual work world, “leaders with the right skills matter even more than they did before.”

LogMeIn’s Strassman agrees. “Only people can understand where other people are coming from, and help them align their goals with the company’s goals,” he says. “No algorithm can do that—it comes from a place of shared human experience.”

—Why new hires are getting high pay but older employees aren’t getting raises
—What the best workplaces in the world have in common
—No, humanities degrees don’t mean low salaries
—5 proven ways to decrease stress at work
—Ready to jump at that great job offer? Read this first