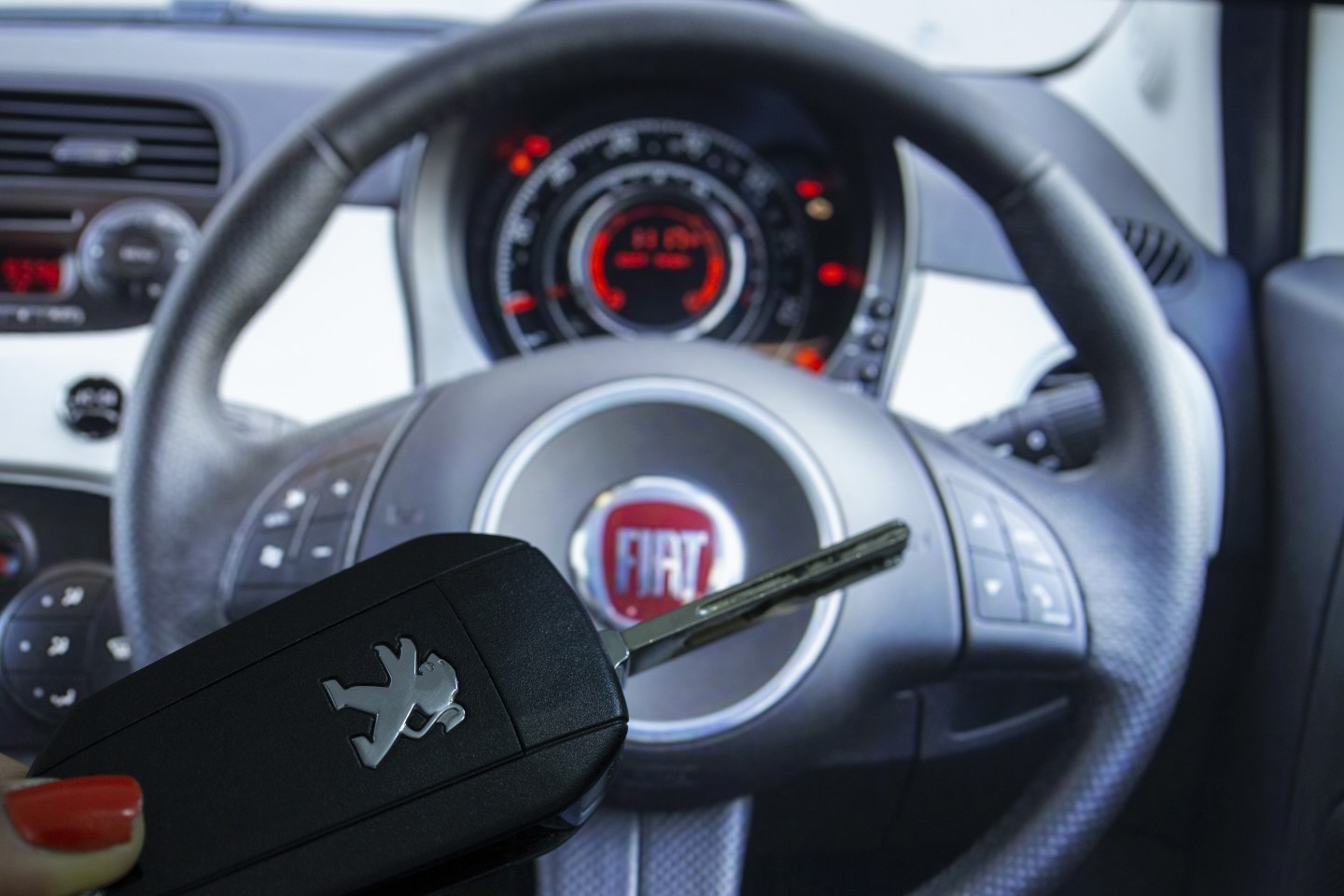 PSA Group and Fiat Chrysler Automobiles NV agreed to combine in a deal that will create the world’s fourth-biggest auto manufacturer.

The French and Italo-American carmakers signed a binding accord for a 50-50 merger of their businesses, they said Wednesday. The combined company will be led by PSA chief executive officer Carlos Tavares, with Fiat chairman John Elkann holding the same role at the enlarged firm.

The merger would forge a regional powerhouse to rival Germany’s Volkswagen AG and have a stock-market value of about $47 billion, surpassing Ford Motor Co. The tie-up also brings together two carmaking dynasties — the billionaire Agnelli clan of Italy, led by Elkann, and the Peugeots of France.

John Elkann, chairman and CEO of Exor and chairman of Fiat Chrysler Automobiles, poses for a photo ahead of an investor-day event.
Nicolò Campo—LightRocket via Getty Images

The deal will give Peugeot-maker PSA a long-sought presence in North America and should help Fiat gain ground in developing low-emission technology, where it’s lagged rivals. Yet the company will still be heavily reliant on Europe’s saturated auto market, and poorly positioned in China, the world’s largest country for car sales.

Fiat Chrysler shares rose as much as 1.8% by 9:07 a.m. in Milan, while PSA climbed as much as 4.5% in Paris trading. Fiat has gained 16% since the companies revealed their merger talks in late October, while PSA has fallen 8.3%.

Like executives across the industry, Tavares and Elkann are responding to growing pressure to pool resources for product development, manufacturing and purchasing in the face of trade wars and an expensive shift toward electric and self-driving technology.

“The challenges of our industry are really, really significant,” Tavares told reporters on a call Wednesday. “The green deal, autonomous vehicles, connectivity and all those topics need significant resources, strengths, skills and expertise.”

The companies are aiming to extract 3.7 billion euros in annual synergies from the deal, without closing any plants, unchanged from the target they announced when they disclosed their merger discussions.

The challenges will be manifold, from improving Fiat’s struggling European operations to meeting tough new rules on emissions that kick in next year in Europe. Tavares, known as a hard-nosed cost-cutter, will also have to navigate the political crosscurrents in France, Italy and the U.S., where the automakers have deep national roots.

Yet he has tackled tough jobs before. Tavares led the French carmaker back from the brink after taking over in 2014, and revived the loss-making Opel brand after acquiring it from GM two years ago.

China’s Dongfeng Motor Corp., which owns 12% of PSA, will see its stake in the combined company decline to 4.5% as a result of the merger and the sale of a portion of its holding to the French carmaker.

Dongfeng’s stake in PSA has attracted attention because of the possibility it could interfere with U.S. regulatory approval for the deal. U.S. economic adviser Larry Kudlow said last month the Trump administration would review the proposed merger because the deal would give the Chinese carmaker a stake in the combined company.

Tavares, on the call, said the companies don’t expect any significant issues from the antitrust regulators.

Fiat CEO Mike Manley, on the call, dismissed concerns over legal and tax issues that arose in recent weeks. General Motors Co. in November accused Fiat Chrysler of bribing a union in the U.S. for more favorable terms. Manley called the allegation meritless.

Separately, Italian tax authorities have claimed that Fiat owes the government a hefty sum after underestimating Chrysler’s value following its purchase several years ago. Manley reiterated that the case would have no material impact, and said both issues were reviewed during due diligence with PSA.

Before the closing of the deal, Fiat will distribute to its shareholders a special dividend of 5.5 billion euros while PSA will distribute its 46% stake in car-parts maker Faurecia SE to its own investors.

The spinoff or sale of Fiat’s robotics arm Comau for the benefit of the Italian company’s shareholders has been modified since October. Now, the planned separation will occur after the closing, and shareholders of the combined company will benefit.

Below are additional details of the deal: