Weinstein Reaches a Tentative Deal of $25 Million to Settle With Accusers, Report Says 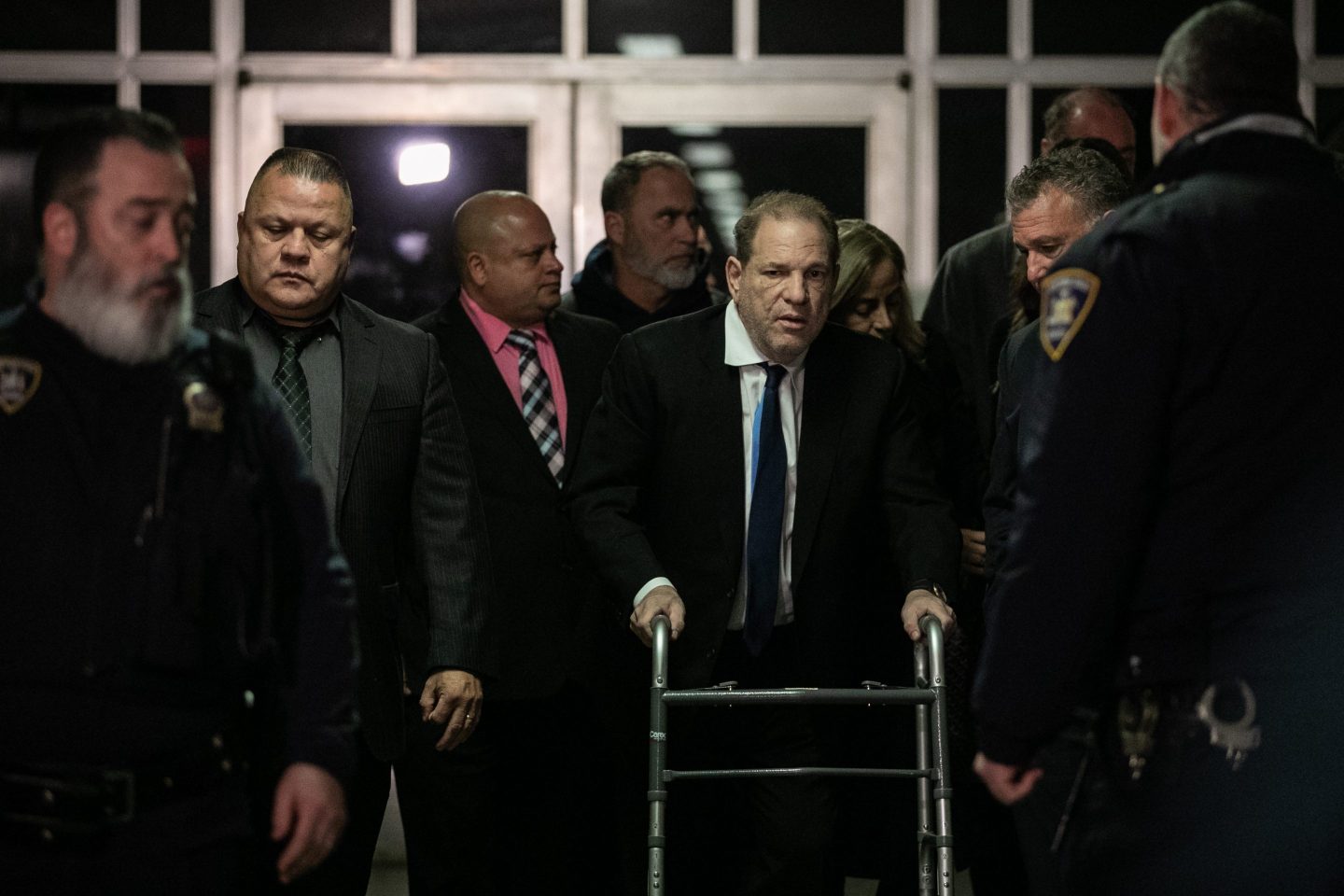 NEW YORK, NY - DECEMBER 11: Movie producer Harvey Weinstein departs from criminal court after a bail hearing on December 11, 2019 in New York City. Weinstein was in court for a ruling on whether he will remain free on bail or if his bail will be raised to $5 million before his trial starts January 6. (Photo by Jeenah Moon/Getty Images)

Harvey Weinstein and his former film studio’s board have reached a tentative $25 million settlement that would end nearly every sexual misconduct lawsuit brought against him and his company, The New York Times reported Wednesday.

The Times cited a half-dozen lawyers in its report, some of whom spoke about the proposed terms on the condition of anonymity.

More than 30 actresses and former Weinstein employees, who have sued the movie mogul for accusations ranging from sexual misconduct to rape, have agreed to the deal, according to the lawyers.

Weinstein would avoid paying any of his own money and he would not be required to admit any wrongdoing as part of the deal. Insurance companies representing the Weinstein Company would cover the settlement’s cost, the Times reported.

Representatives for Weinstein declined to comment to the Times.

The proposed settlement has gotten preliminary approval from the major parties involved. It would require court approval and a final signoff before moving forward.

The settlement’s terms remain uncertain. Eighteen of the alleged victims would split $6.2 million, with no individual receiving more than $500,000. A separate $18.5 million would go toward those involved in a class-action case, the New York attorney general’s suit and any future claimants, the Times reported.

Actress Katherine Kendall, 50, said she agreed to the terms of the settlement because she didn’t want to stop other plaintiffs from receiving recompense.

Weinstein is scheduled to be tried on rape and sexual assault charges on Jan. 6. His bail was increased from $1 million to $5 million on Wednesday for allegedly mishandling his electronic ankle monitor.

He has pleaded not guilty to charges that he raped a woman in a Manhattan hotel room in 2013 and performed a forcible sex act on a different woman in 2006.

—Omega takes vintage inspiration for its new Seamaster 007 watch
—Knives Out: Rian Johnson and composer cousin Nathan talk collaboration—Oscars 2020: Welcome to the wildest screenplay competition ever
—Inside the ‘Silicon Valley’ series finale with Mike Judge and Alec Berg—‘The Mandalorian’ composer on crafting a new ‘Star Wars’ soundscape
Follow Fortune on Flipboard to stay up-to-date on the latest news and analysis.