As Workers Become Harder to Find, Microsoft and Goldman Sachs Hope Neurodiverse Talent Can Be the Missing Piece 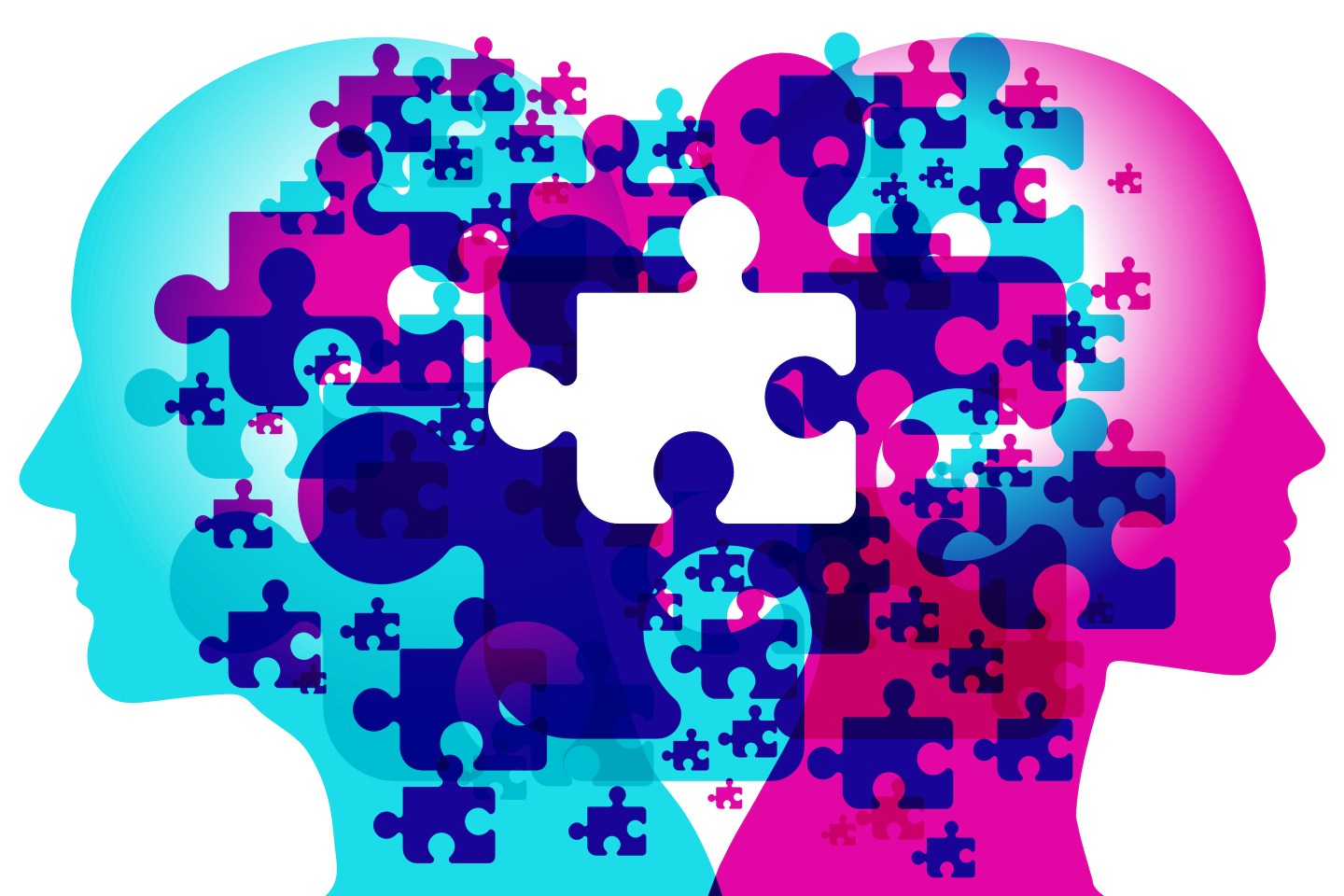 A male and female side silhouette positioned back to back, overlaid with various semi-transparent Jigsaw puzzle piece shapes. Overlaid across the centre is a white jigsaw piece.
iMrSquid/Getty Images

As organizations look for new talent pools in a tight labor market, neurodiverse individuals have become an attractive target. Neurodivergent people include those with autism, Asperger’s syndrome, attention deficit and hyperactivity disorder (ADHD), dyslexia, and other people with cognitive differences. While it’s difficult to get an accurate count of the total population of neurodivergent individuals, roughly 1 in 59 children today has autism spectrum disorder, according to the Centers for Disease Control. Roughly 15 to 20% of the population has dyslexia symptoms, according to the International Dyslexia Association. During their lifetimes, 12.9% of men and 4.9% of women will be diagnosed with ADHD, according to The ADD Resource Center.

According to Lawrence Fung, Ph.D, assistant professor of psychiatry and behavioral sciences at the Stanford University Medical Center and head of the Stanford Diversity Project, 80% of people on the autism spectrum are unemployed or underemployed. The father of a neurodivergent teenager with autism, Fung is trying to help employers understand the untapped potential of this population.

And while some companies began looking at opportunities to hire neurodivergent employees several years ago, efforts are gaining more traction today.

An international nonprofit based in Denmark, Specialisterne was one of the early pioneers in focusing on the employment of neurodivergent individuals.
Founded in 2004 by Thorkil Sonne after his son was diagnosed with autism, the organization is part consultancy and part service delivery provider, helping companies to become more inclusive in their hiring and employment practices. The organization’s goal is to enable 100,000 U.S. jobs for neurodivergent people by 2025.

“Our mission, on a very basic level, is to ensure that any neurodivergent person who wants a job can get a job,” says Brennan Shearer a corporate engagement manager with Specialisterne.

In 2012, Specialisterne launched the Autism Advantage program in the U.S., working with SAP and Microsoft to launch successful autism employment programs.

Microsoft has always hired people with disabilities and neurodivergent people through its typical recruitment and hiring processes, says Neil Barnett, Microsoft’s director of inclusive hiring and accessibility. Microsoft worked with Specialisterne to launch an initiative specifically targeting neurodivergent candidates, to determine how it could recruit more candidates with cognitive differences. They thought that if they could change the “front door”—the frustrating interview process, especially—they would have better results.

People with autism, anxiety disorders, and some other cognitive differences may struggle with intense interviewing processes spanning weeks and may include four or five interviews in a single day, Barnett says. Microsoft’s more relaxed four-day process lets candidates can showcase their skills, work as part of a team, meet hiring managers, and complete interviews.

“By just changing the way we think and giving our candidates a time to kind of just relax and really showcase their skills, we’re just finding great, great talent,” Barnett says.

Changing the interview process is essential, says science writer Steve Silberman, author of NeuroTribes: The Legacy of Autism and the Future of Neurodiversity. In researching his book, he found that many of the norms for succeeding in a job interview—making eye contact, delivering a firm handshake, and selling yourself—are things that many autistic people might have difficulty doing, he says. “Temple Grandin, the autistic industrial designer, advises the many young autistic people who come to her that they should use their portfolios to sell their work rather than depend on charming the interviewer across the desk,” he says. One company even has employees solve problems with Legos instead of explaining what a good employee they could be, he adds.

At professional services firm EY, hiring neurodivergent employees is seen more as a business model and not a single initiative, says Lori Golden, abilities strategy leader. Five centers of excellence in the U.S. focus on hiring neurodivergent employees—currently totaling 80 people—where they are trained to work in some of the most high-demand areas of the firm, such as cybersecurity, blockchain, robotic process automation, and others.

Once onboard, the next step is to finding ways to position neurodiverse employees for success. Shearer says that stereotyping or lumping them into one category are enormous mistakes. For instance, there are widespread misconceptions that all autistic people are good with numbers or enjoy process-oriented activities, he says. That may be true for some, but those are not universal characteristics among people with autism. “The reality is that, the skills, interests, and aptitudes of autistic people in the workplace varies vastly,” he says.

Consultant Peter Shankman, author of Faster Than Normal: Turbocharge Your Focus, Productivity, and Success with the Secrets of the ADHD Brain, says that some common assumptions about people with ADHD simply aren’t true. For example, employers often assume that focus is a challenge for them, he says. But allowing them the time to take a walk around the block before a meeting can make a world of difference, he adds.

The Goldman Sachs wellness team also reviews the needs of neurodivergent employees and helps managers understand accommodations that will help them do their best work. They may need more time for assignments, oral versus written instruction, or the ability to use resting rooms. “Those are just a couple of examples, but we offer a whole host of accommodations at the firm, and we just try to do a lot of campaigning to make sure that people are actually using the services,” Hogan says.

Open office spaces can be an issue for people who are easily overstimulated or who need quiet spaces to focus and work. But all employees may face those challenges, so addressing the environment to make it work best for everyone will also go a long way to making it work for neurodivergent employees, Fung says. “The main thing is to educate the team and the supervisors ahead of time,” he says.

EY is trying to do just that with its learning event series, Neurodiversity at Work and at Home. The series of live events teaches people about neurodiversity, “what it is, what it isn’t, how it impacts our workforce,” Golden says. Training employees in how to understand and interact with co-workers who think differently is essential for inclusion, she adds.

Small initiatives help, but with companies looking to fill many jobs, programs grooming a handful to several dozen candidates at a time isn’t moving the needle quickly enough.

Hogan says the Goldman Sachs wants to replicate its program across other regions, and has already received interest from the company’s Bangalore office about implementing it there. The firm also supports neurodivergent individuals through the Autism Workplace Program in its London office and an internal affinity network called the Disability Interest Forum, where people self-disclose disabilities and offer support.

Fung is optimistic, and certain that as more employers become aware of the potential of hiring neurodivergent employees, they’ll become motivated to target and recruit these candidates on a larger scale. They may bring enormous creativity, attention to detail, problem-solving, and other attributes to the team.

“I think knowing the strengths and the interests of neurodiverse individuals really well can optimize the team for success,” he says.

—These are the jobs artificial intelligence will eliminate by 2030
—What the best workplaces in the world have in common
—How to create benchmarks when you work for yourself
—5 proven ways to decrease stress at work—Ready to jump at that great job offer? Read this first
Get Fortune’s RaceAhead newsletter for sharp insights on corporate culture and diversity.