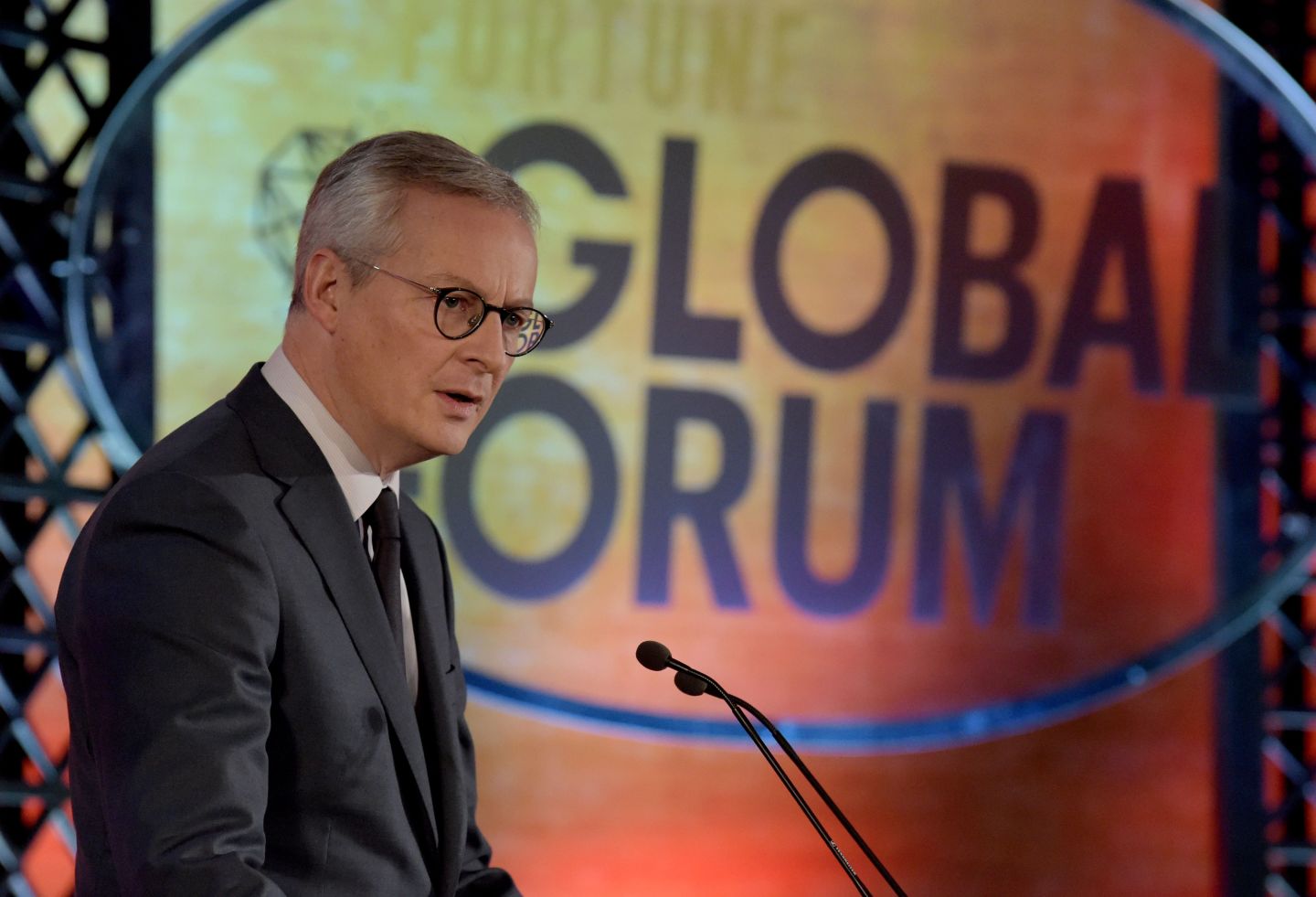 It’s tariff time again—President Donald Trump has threatened to whack 100% duties on a wide range of French products, from wine to cheese to porcelain.

This time, the threat comes as a response to France’s new tax on digital giants—most of which happen to be American.

Here’s what’s going on, and why this latest broadside from the U.S. might elicit a sharp response from the European Union.

A lot of countries around the world have introduced or are planning to introduce a new tax on digital services, targeting the largest providers. Most of the countries are in Europe, but Canada is set to join the party next year.

The core problem is that the Googles and Amazons of this world tend not to pay much corporate tax in every country where they operate. Instead, they often shift their profits between countries through complex arrangements that usually see one subsidiary pay another for the use of intellectual property.

Governments don’t like this because the multinational tech firms are often taking business away from local, tax-paying firms, without generating tax revenues to make up for that loss.

For the last several years, there has been a global discussion about how to reform the international tax system to align it with the reality of online giants that operate effortlessly across borders. The discussion is taking place under the auspices of the Organisation for Economic Co-operation and Development (OECD)—it has not yet produced an agreement, though one may be on the horizon.

If an agreement is coming, what’s the problem?

The OECD is arguably handling the issue with urgency because of the rapidly unfolding alternative: individual countries losing their patience and introducing new taxes at a national level.

A year ago, France was pushing for an EU-wide digital tax plan. But countries such as Ireland (the international base for many Big Tech firms) pushed back, so France decided to go it alone.

By July this year, French lawmakers had approved the plan, despite the Trump administration’s opening of a trade investigation into it—the same probe that has now ended with the recommendation for 100% tariffs on French products.

The French law levies a 3% tax on the revenues—not profits—that large tech firms make there when selling advertising or operating online marketplaces. Again, U.S. firms are not explicitly targeted, even though the size threshold makes that the effective result: global revenues of at least €750 million ($830 million) and French “qualifying revenues” of at least €25 million.

French President Emmanuel Macron said in August that France and the U.S. had struck a draft compromise on the issue that would see the French tax eliminated once the global agreement becomes a reality. The tech firms would even be reimbursed for the amount they had already paid.

But the 90-day truce ran out last week without any deal being finalized. “I don’t want France taxing American companies,” said Trump at a Tuesday press conference, following the latest U.S. threats to tariff French goods—a move that could come next month after the American public has had a chance to respond to the proposal.

What’s the reaction to the latest U.S. move?

The American tech industry is happy to see the government spring into action on its behalf.

“These companies are already subject to tax in the United States and in other countries where they add economic value,” said Joe Kennedy, a senior fellow at the Information Technology and Innovation Foundation (ITIF), a U.S. tech lobbying group. “The decision to tax revenues rather than profits skirts France’s tax treaties with the United States and raises the prospect of double taxation. The imposition of what is essentially a fixed tax on the market value of an imported good amounts to an illegal tariff.”

Faced with a blow to their U.S. sales, French luxury stocks are not happy—at the time of writing, Kering (owner of Gucci, YSL and others) is down 2.5% and LVMH (Moët & Chandon, Christian Dior) is down 1.2%.

And the French government is most certainly displeased. Finance minister Bruno Le Maire said the threats were “unacceptable” and said the response would come from the wider EU, rather than France alone. The European Commission is backing him up on this.

Why is this an EU thing?

In the EU, certain areas of the economy are governed locally by individual countries, while others are handled collectively. Taxation falls into the former camp, and trade into the latter.

So, while the core issue here is about tax, the threat of tariffs makes it a trade dispute; it makes perfect sense for the EU to form a united front in response to the U.S. threats.

There’s another good reason for unity: France isn’t the only European country playing this game. The U.K., Spain, Italy, Belgium and Austria are all considering similar digital taxes to the one levied in Paris, and as a result the U.S. says it may throw tariffs at Italy and Austria (as well as Turkey, which also has similar plans.)

Of course, this is far from the only trade dispute between the U.S. and Europe.

President Trump has also long been threatening tariffs on European cars. German automakers have reportedly been promising substantial investments in U.S. manufacturing, in order to ward off that threat, but the coast is not yet clear.

On top of that, the U.S. is threatening to expand the tariffs it will levy on Europe over the issue of illegal subsidies to the plane-making consortium Airbus. This should be a self-contained issue, as it is being handled through the channels of the World Trade Organization, but overall it does seem like a major trade confrontation is brewing.

—These are the jobs artificial intelligence will eliminate by 2030
—2020 Crystal Ball: Predictions for the economy, politics, technology, and more
—Separated by 15 minutes and a great firewall: Hong Kong and Shenzhen are drifting apart
—How robots are changing the construction industry
—What makes people choose Waze over Google Maps? Its army of unpaid human editors
Catch up with Data Sheet, Fortune’s daily digest on the business of tech.