China’s Schoolkids Are Now Officially the Smartest in the World 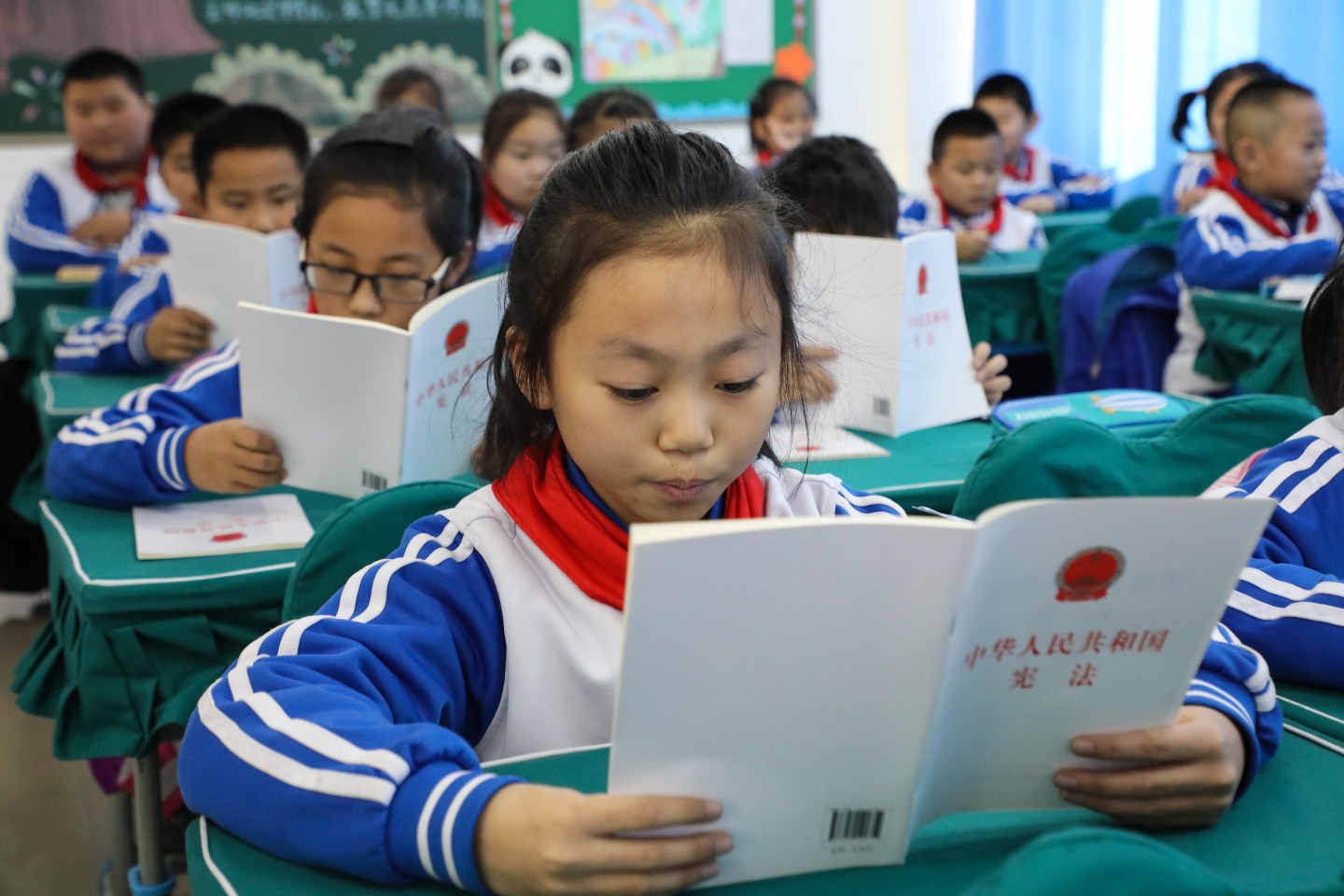 Chinese students far out-stripped peers in every other country in a survey of reading, math and science ability, underscoring a reserve of future economic strength and the struggle of advanced economies to keep up.

The OECD’s triennial study of 15 year-old students across the world found that the four Chinese provinces tested — Beijing, Shanghai, Jiangsu and Zhejiang — outperformed in science and mathematics, even if household income is well below members’ average. In reading, the 10% most disadvantaged Chinese students tested had better skills than the OECD average.

“The quality of their schools today will feed into the strength of their economies tomorrow,” OECD Secretary General Angel Gurria said.

The PISA study of 600,000 students in 79 countries shines a light on the difficultly of improving education, sometimes irrespective of the resources that are dedicated to it. That appears to be particularly problematic for OECD countries that have increased spending on primary and secondary students by more than 15% in the past decade.

“It is disappointing that most OECD countries saw virtually no improvement in the performance of their students since PISA was first conducted in 2000,” Gurria said.

The report also highlights disparities in educational achievement depending on socio-economic background. In some countries, even where government spending on education is high, the background of a student still plays a significant role in their educational outcomes.

On average, 12% of the variation in student reading performance within each country was associated with socio-economic status. In several European countries, including France and Germany, that measure rises above 17%.