China Once Welcomed the World’s Trash. Now It’s Using A.I. and Facial Recognition to Handle Mountains of Its Own 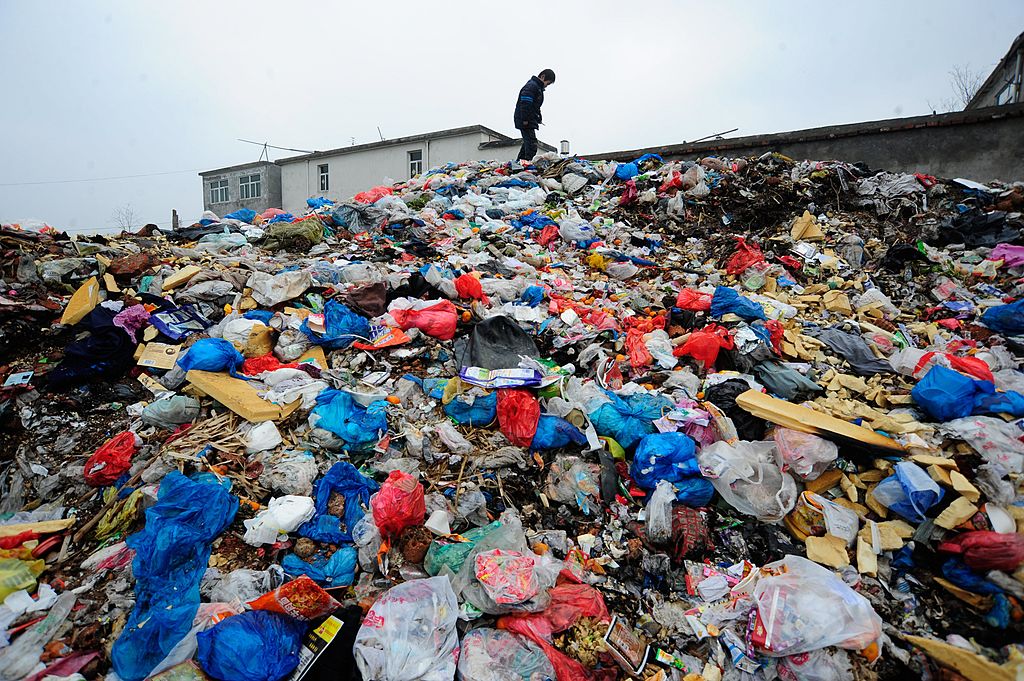 A few months ago, residents in Beijing public housing projects woke up to a new way of taking out the trash.

Before residents could throw away their garbage in neighborhood containers, they would have to allow the garbage container to scan their faces and verify their identity. These ‘smart’ trash cans would keep track of how much refuse each resident was throwing away and grant them monetary and other rewards for producing less waste.

This news caught the attention of many outside China for just how far the country is willing to go in encroaching on people’s privacy—now, even your trash can is tracking you.

But inside the country, the focus was on another question: Could China’s years-long effort to improve its waste management system cut a growing tide of trash? And, perhaps more pressingly, after decades of rapid economic growth is it even possible for China to trim waste while simultaneously promoting consumption among its expanding middle class?

Beijing has reason to pay increasing attention to its garbage: China recently clinched the title of the world’s largest consumer market—aided by each year’s record-setting Singles’ Day—and the country closely trails the U.S. in total annual waste production. It is projected to produce nearly double the amount of U.S. waste by 2030.

Faced with a growing trash crisis domestically, China delivered a waste wake-up call heard around the world in 2017, announcing a ban on importing plastics for recycling starting the following year.

China’s ban on importing plastic recycling has caused waste to accumulate around the world, like this pile in Edinburgh, Australia.
BRENTON EDWARDS/AFP via Getty Images

At the time, the European Union was exporting up to 95% of its recycled plastics to China, the U.S. exported nearly 70%, and dozens of other countries sent significant portions of their recyclable goods to China.

China’s new policy, called ‘Operation National Sword,’ sent global powers into panic; in total, China went from importing over 580,000 metric tons of recyclable plastic in February 2017 to only about 23,000 tons in February 2018.

After China’s ban, the U.S. and major plastics exporters began shipping their goods to other countries. Malaysia, notably, picked up much of the slack, but other countries across Asia and Europe also began boosting recycling imports. However, their capacity to handle foreign recyclables was quickly overwhelmed, and some even began returning boatloads of waste to the countries that sent them.

In the months since, a massive recycling crisis has emerged in the U.S., Europe, and elsewhere, as countries have struggled to find places willing to import recycling on the same scale that China once did. (If the recycling rules got stricter at your local dump, China’s ban is likely why.)

Once a farming society

In China, the need for massive and coordinated waste management solutions is actually a relatively new phenomenon.

“We were a farming-based society,” said Chen Liwen, founder of Zero-Waste Villages, a non-profit focused on changing recycling habits in rural China. “[So] we didn’t even have a basic waste management system, but the challenge has been getting bigger and bigger since 2008″ when China began incentivizing domestic consumption.

Indeed, in the last several decades, urbanization drives and a massive proliferation of plastic and other non-renewable goods has created a huge build-up in the country’s waste management system. Landfills started overflowing, and hundreds of new incineration plants across the country have spurred concerns over pollution.

This backlog may, in part, explain why China’s new push seems geared at recycling. In 2017, the central government laid out goals for 46 major Chinese cities to recycle 35% of their waste by 2020. New strict trash sorting rules have garnered significant attention in Shanghai, where fines were imposed on city residents earlier this year for not sorting their trash correctly.

A man places a plastic bottle on a scrap heap in an area slated for redevelopment in Shanghai, China.
Qilai Shen/In Pictures via Getty Images Images

Shanghai “is a [waste sorting] pilot and it’s one of many pilots,” said Richard Brubaker, founder of Collective Responsibility, a Shanghai-based NGO focused on sustainability. “[China] is trying to switch the onus [onto residents], change awareness, and trying to create a new system. And the challenge is going to be, can they find efficiency in it?”

A number of high-tech firms have emerged in this waste sorting push in search of both profits and sustainable solutions. In addition to facial recognition, firms like the Shanghai-based Alpheus are deploying A.I. in the waste management sector.

“When you put rubbish into the [smart bin], the camera takes a picture and sends it to the cloud,” said Joel Zhang, operations manager at Alpheus. “Then the platform compiles waste data samples, feedbacks the result… and A.I. sorts it automatically.”

Zhang said that Alpheus’s products have yet to be rolled out on a mass scale and can still only process items one at a time. But he claims the technology is already 95% accurate. It will be deployed in new products, and the firm has plans to expand across the country alongside China’s greater recycling push, he said.

But experts believe that solving waste management and recycling issues in China will require a multi-faceted approach that goes beyond incorporating the latest advances in A.I. and facial recognition technology. For some who have long worked in the sector, these new technologies represent a band-aid fix to a large problem and could disrupt an ingrained informal system.

China has long depended on thousands of informal workers who comb through trash piles in the country’s major cities to collect recyclables and sell them to processing facilities. In addition to supporting thousands of jobs, the system was—to some degree—efficient at sorting out dry recyclables, even if its sorting of wet garbage (like food waste) remained poor. Now these workers are under threat from regulations to formalize and technologize the sector, Chen argues.

“[Hi-tech firms] are competing with the informal sector for recyclables, but their target is (dry recyclables) and not based on biodegradable waste separation,” Chen said.

Technology, as it exists today, doesn’t have the capacity to solve China’s waste problem on its own. What’s also needed is for the general public to understand how to better dispose of trash. “A.I. or other technologies cannot make people have a face-to-face talk, it cannot make people really understand what a waste sorting system should be and how they should behave,” Chen said.

Zhang said that while it is in the early stages, his company is developing technology to handle wet, biodegradable materials; he described a potential machine that can dry out wet rubbish and identify the base material, before reducing it to dust and sorting it. Like Chen, he underscored the need for more public awareness, even as sorting technology advances.

“Certainly, technology can be very helpful for China’s government and people to reduce the quantity of rubbish,” said Zhang. “But Chinese people also need to have more knowledge on how to sort the rubbish.”

And beyond trash sorting, a set of more complicated and vexing issues remain on the either end of the trash bin, as consumers grapple with where the goods they purchase ultimately end up. “At the end of the day, you have to stand at the back of the trash can and figure out, where do those bags go?” said Brubaker of Collective Responsibility.

For that matter, consumption—an integral component in waste management—doesn’t seem to be slowing in China anytime soon. Further growth in China’s economy is dependent upon bolstering domestic consumption, a drive that has only grown stronger amid the trade war. Firms like Alibaba have promoted sustainable consumer behavior and a green ‘Singles’ Day,’ but China’s consumption—and waste generation—is only growing.

In addition to awareness and education efforts, creating a formal, sustainable waste management system in China will likely require far more coordination, funding, and improved administration efforts at municipal and federal levels, according to Chen.

At the very least, the government’s recent steps may be heading in the right direction.

“[China] has momentum, and they have a vision,” said Brubaker. “I think that they deserve a lot more time to figure out how to get it done though… I really like seeing that they’re trying to take the right steps, but they have a lot of lessons to learn.”