Is Divorce Costing Florida Too Much Money? 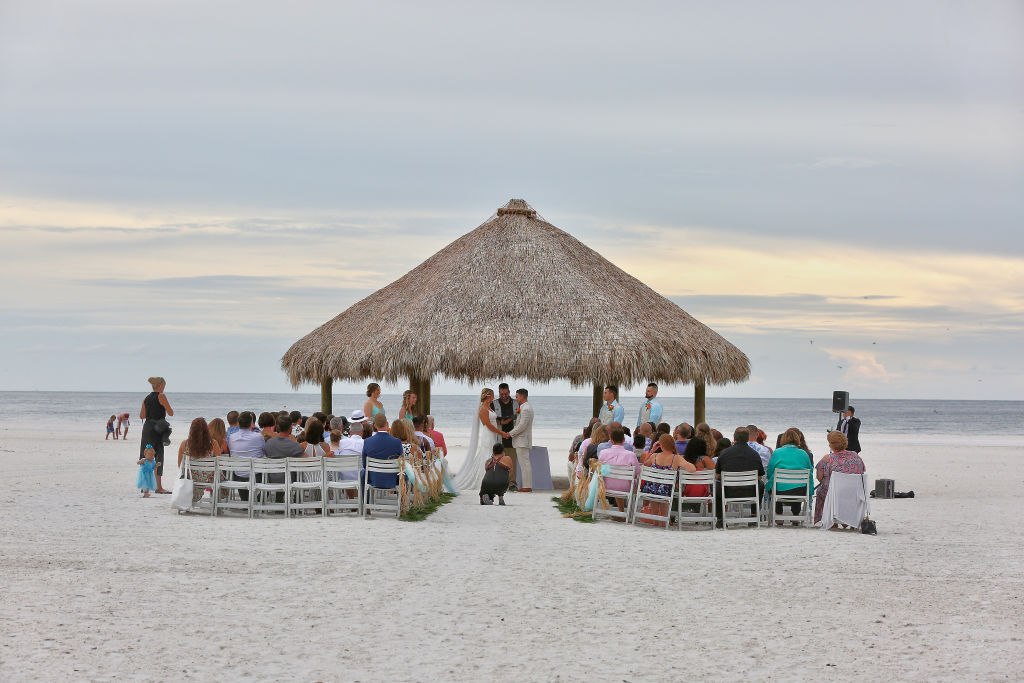 Marriage is often viewed in terms of its social impacts, but two Republican Florida legislators are turning their attention to its economic implications. Citing public and private financial interests, state Sen. Dennis Baxley of Lady Lake and Rep. Clay Yarborough, who represents District 12, proposed a bill earlier this month to create a “Florida Guide to Healthy Marriages”—with the goal of making it required reading for all engaged couples in the state.

The bill, written by Baxley, calls for the state’s Department of Children and Families to form a Marriage Education Committee that will be responsible for creating the guide. Their hope is that the information will help curtail divorces.

“Marriage has spiritual, moral, and social implications. It also has economic impacts on taxpayers, particularly if it does not last,” said Yarborough, who proposed a similar bill last year. “Promoting healthy marriages and families serves a compelling public interest.”

The backbone of Baxley and Yarborough’s argument is a 2008 report written for the Institute for American Values that says Florida taxpayers spend $1.9 billion annually on family fragmentation, which the report defines as divorce and unwed childbearing. While that sum is hard to extrapolate as it comprises a combination of figures, the premise is that when divorce happens, people are more likely to need to use government services like Medicaid, food stamps, and home assistance. A 2012 report from the Christian college Regent University calculated a slightly lower figure, with the cost of family fragmentation coming in closer to $1.2 billion annually. Spending $1.2 billion would be just over 1% of the state’s 2019–20 budget.

The Institute for American Values report acknowledges that divorce has negative financial impacts on involved family members—the average cost for a divorce in the U.S. is $15,000.

“People often will spend a majority of whatever they have in savings—if they’re lucky enough to have savings—on divorce,” says Alice Blackwell, a Florida circuit court judge who has a robust history of presiding over divorce and domestic violence cases. “It really becomes devastatingly expensive to families.”

But the report focuses more on the burden to taxpayers thanks to “higher spending on antipoverty programs and throughout the justice and educational systems, as well as losses to government coffers in [forgone] tax revenues.”

“Florida is above the average of the nation in divorce rate. The numbers are very clear—this is increasing the poverty rate particularly of women and children,” Baxley said.

According to the Florida Department of Health, 156,168 marriages took place in the state in 2018, while 77,054 divorces or annulments also occurred—numbers that put Florida slightly higher than the national average. A U.S. Government Accountability Office study conducted in 2012 showed that women’s household income falls by 41% after divorce, which is more than twice the decline men experience. In Florida, nearly 70% of the families in poverty are headed by single parents, with far more of those being women than men. The data doesn’t show how many of those families are headed by single women who were previously married.

Blackwell also noted divorce’s financial toll on the court system, which is funded through a complex equation of state, county, and federal funds.

“Orange County has had a very dramatic example of this,” she said. “We shut down our business court with two full-time judges and moved them into family court because the pressure on family court was so great, dealing with divorce cases, and paternity cases, and other cases that came through there. Our chief judges had to make a tough decision and say we won’t do business court in order to be able to handle the pressure on the courts from divorce.”

The irony in focusing on the cost of divorce is that money is often a cause of concern in relationships. “Finances are often one of the primary conflicts in a marriage, and one of the primary conflicts that tears apart a marriage,” Blackwell said. “One’s a saver, one’s a spender; one thinks money should be used for supporting debt, another thinks you shouldn’t have debt. Those conflicts are so basic to a family, if they don’t have a way to resolve conflict well they’re not going to get through those situations.”

Florida already has a Family Law Handbook, written by the Family Law Section of the Florida Bar, but Baxley says that handbook “spends an awful lot of time talking about how to get a divorce.” His proposed handbook would instead provide couples with tools for maintaining a union. Six states already have similar handbooks: Alabama, Arizona, Louisiana, Oklahoma, Texas, and Utah. According to Baxley, “They’ve seen positive results.”

Yarborough and Baxley say their privately funded handbook—backers yet to be determined—will deal with conflict management, in addition to “communication skills, family expectations, financial responsibilities and management, domestic violence resources, and parenting responsibilities.” The guide will include “resources that are available to help restore a marriage that is potentially moving toward dissolution.”

If the bill passes, those applying for a marriage license in Florida will need to sign a statement affirming that they have read the handbook or “some other presentation of similar information.” A spokesperson for Baxley didn’t clarify what “similar information” could look like.

“The language is purposely vague to allow the marrying persons to make the choices of how to prepare for marriage. It’s in their hands. We are simply trying to get some tools in their hands for success. Better preparation for marriage builds healthier family relationships. That builds a better future for Florida’s families,” an email from the senator’s assistant read.

Dr. Francesca Adler-Baeder, who teaches in the human development and family studies department at Auburn University and participated in writing the Alabama handbook, which Baxley cites as inspiration, notes the specifications of her handbook were slightly different: The Alabama handbook is not required reading and is merely provided as an educational resource.

She adds that in many situations divorce is indeed necessary.

“We have to be careful if we use language that’s very absolute like, ‘divorce is harmful,’ ‘divorce will inevitably create risks for children.’ That’s not true for a significant minority of married family households where there is abuse and high conflict,” Adler-Baeder said. “Research shows that adults and children do better following divorce in those situations.”

Divorce rates have gone down nationally in the last decade, but that has been largely attributed to fewer marriages and marriages occurring later in life. According to a LendingTree study, every state with a handbook has seen divorce rates decrease in the past 10 years—but so have states without handbooks. The study shows only two states where divorce rates are trending upwards: Arkansas and North Dakota.

April Eldemire, a licensed marriage and family therapist who practices in Fort Lauderdale, stressed the most important thing is that the handbook’s “content is not driven by government or personal morals but rather based on unbiased, sound, and empirical relationship research.”

“The field of human sciences clearly points to the value of offering resources to increase knowledge and skills during family formation and support when couples and families are struggling,” Adler-Baeder said.

Those opposed to the Florida bill are wary of its intentions, theorizing that focusing on divorce from a financial aspect could be an opportunity to perpetuate the moral beliefs of the bill’s backers.

Rep. Carlos Guillermo Smith (D-Orlando), the first openly gay Latino in the state’s legislature, who recently married his long-term partner, fears a lack of inclusivity since all three people who would appoint the members of the committee are conservative Republicans.

Smith also tweeted about the matter, writing, “So much for ‘big government’ staying outta our lives and bedroom.”

Sen. Linda Stewart (D-Orlando), who also is opposed to the bill, told Fortune that Baxley’s bill is an “overreach.”

“I know that he’s doing this out of his faith,” she said of his motivations. “I don’t know how a government could make a one-size-fits-all healthy marriage guide.”

But if the government wants to assist Florida families, residents say legislators should set out to offer benefits beyond marriage guides.

“I had zero maternity leave,” said Kristin O’Neill, who lives in Orlando and has a 1-year-old daughter. “My husband had to take a week of vacation when she was born. Politicians should be focusing on fixing those kinds of things to help families.”

The bill still faces numerous legislative hurdles, but even if it’s not implemented, it has raised interesting questions about the cost of divorce and whether or not keeping a marriage intact should be a state’s concern.

—These are the jobs artificial intelligence will eliminate by 2030
—Why Trump is bad for business
—Can Goldman Sachs CEO David Solomon get the bank to grow again?
—Ford’s Mustang Mach-E is a radical gamble on an electric future
—Give these world-class experiences as gifts this holiday season
Subscribe to Fortune’s Eye on A.I. newsletter, where artificial intelligence meets industry.